10 Best Honeymoon Places In India – An Experience to Relish & Cherish

Best Honeymoon Places In India: Couples after their marriage tend to look forward to spending time together at some romantic place.  This adds a new dimension to their life of togetherness. A honeymoon vacation is something which every couple would look forward to, after tying the knot.

After marriage, the usual tradition is to get to some destination and spent some time together.  This could be a time of knowing more about each other in building their relationship with togetherness. It also adds up in providing time and space for the couple with the bonus of privacy to their credit.

Indian has numerous amazing destinations which blend with the richness of culture and beautiful weather. India is popular for its diverse natural features which could spice up the experience of a honeymoon trip.

We bring here amazing honeymoon destinations which truly could add flavour to the honeymoon trip.  This would be giving the couple an experience which they can relish and cherish in the years ahead.

Placed towards the shores of the Arabian Sea this state is one of the cherished beach destinations for honeymoon couples. Goa is popular for its interesting beaches attracting people from across the globe. It has two World Heritage sites namely the Bom Jesus Basilica together with churches and convents. Various other sites would give the tourists an insight into the beauty of spending their honeymoon tips at these destinations.

This Chapel attracts several tourists from all over the world.  The simple architecture of the church adds more to the charisma of the site together with the mortal remains of St. Francis Xavier considered by Catholics as the Patron Saint of Goa.

The Aguada Fort is situated on top of a hill towards the mouth of River Mandovi.  Aguada in Portuguese means water and owing to the existence of three freshwater springs; it has derived its name – Aguada.

This is an apt destination for honeymoon couples since this beach is known as the Lovers Paradise in Goa. It has been named after the daughter of Viceroy – Dona Paula De Menezes during the period of colonial India.  One will find plenty of activities to indulge in at this site. The popular Salim Ali Bird Sanctuary is located here where tourist can spot local and migratory birds. The tourist could also take advantage of the water sports facilities comprising of Water-scooter riders and much more.

Colva beach is said to be one of the most amazing beaches of Goa filled with the richness of coconut trees and white sand.  Its area has an abundance of hotels with plenty of pubs and dining places. The cuisines are filled with mouth-watering dishes which tempt you with the aroma of the spices that adds to the various dishes which drifts in and around the place. There are plenty of activities together with exploring the various cultures and traditions dwelling in and around the place.

Benaulim Beach starts where the Colva beach ends and though it is not undiscovered by domestic tourists; it is quite popular for fishing.  The Church of St. John the Baptist placed on a hill is worth visiting. The honeymoon couples would find this an interesting site to explore while visiting Benaulim Beach.

The list of exploration of the site are many, and the honeymoon couple can have an amazing experience visiting the various sites giving them more information on the culture, tradition and the life of the people dwelling there.  Since Goa is well-linked with all the regions of India, it gives access to transport through Air, road, and railway. A tourist could opt for any means of transports befitting their budget.

By Air, the airport at Dabolim which is around 29 km from Panaji is an international airport linked with all the main cities of India.  It is also connected to various other countries like Britain, Russia, Germany, Dubai, Qatar, Sharjah, Kuwait, and many others.

Regular deluxe buses are made available to travel by road from Mumbai and the nearby city of Goa.

Through railway, the station at Vasco da Gama connects the main city of the northern and southern coast.

The best time to visit and explore this destination is from October to March. The weather here at this time of the year is serene with the golden beaches and is very relaxing.  This adds to the charm and enjoyment to the honeymoon couples during their trip at Goa.

Another honeymoon destination worth visiting is Dalhousie which is situated in Himachal Pradesh.  This destination had been recognized as a retreat during summer for the British Officials back in 1854. Placed at an average height of 1,970 meters above sea leave, Dalhousie has a cool climate making it an ideal hill station for honeymoon couple. The beautiful hilly landscape together with the blend of a pleasant environment adds up to the experience of discovering this amazing hill station.  The town is filled with neatly planned streets together with colonial-era architecture buildings amidst the green surrounding and snow-capped mountains. Some of the sites worth exploring are:

This church is well known for its architecture and serenity.  It is considered to be one of the most unusual churches which were built way back in 1894.  The church has been constructed by the funds funded by army officials and the civilians residing in Dalhousie.  The fantastic attraction of this structure is the intricate wooden roof, together with the colorful Belgium glass and the stone structure which eventually contributed to the construction of this incredible architecture.

Chamera Lake is an artificial lake and is situated at an elevation of 763 meters above sea level.  It is encircled with lush green trees and beautiful valleys. This makes it an appropriate place for a vacation trip for honeymoon couples. The lake is part of the Chamera Hydroelectric project which is built over the Ravi River and receives its supply of water from this river.

Khajjiar has been nicknamed as the mini Switzerland of India which is a tiny hill town placed around 2000 meters above sea level. This lake has the backdrop of the snow-capped Himalayas and is surrounded by the thick growth of deodar and pine trees. Another attractive site to be explored here is the Khajji Nag Temple which had been constructed during the 12th century.

Garam Sadak is said to be a pedestrian road linking two important towns – Gandhi Chowk and Subhash Chowk.  It has derived its name since it tends to remain comparatively hot receiving direct sunlight during the day. People stroll down this road for a quick nature walk, and it is best to walk down this road during the night where the view is amazing.  Since the road is not well-lit at night, it is advisable to carry a flashlight while strolling down this road. A honeymoon couple would take delight in strolling down this street with the amazing beauty of the surrounding with a flashlight.

If you want to experience nature at its best, Panchpula is the ideal site to explore. It is only three km from the main city of Dalhousie.  Panchpula is covered with green pine and Deodar trees amidst flowing waterfalls giving rise to amazing landscape. It is an apt place for picnic spots in the midst of waterfalls and invigorating streams.  It is said that some of the streams tend to have medicinal properties which are helpful in solving several skin diseases.

Dalhousie does not have its airport, and the closest domestic airport is in Pathankot which is 75 km from Dalhousie. The other airport is Gaggal airport in the Kangra district with a distance of 140 km. A tourist could travel by bus from Kangra to Dalhousie or take a private taxi or a cab to reach Dalhousie.

Pathankot’s Chakki Bank terminus is the nearest railway stations from Dalhousie where there are several expresses, superfast and deluxe trains to cater to the passengers.

The option to travel by road is also a convenient one where the ideal route from New Delhi is Karnal, Ambala, Ludhiana, Jalandhar and Pathankot. While traveling by road one can witness the hilly terrain which begins from Pathankot providing scenic views while climbing uphill to your destination.

March to June is considered to the appropriate time to visit this destination. Since the melting of the snow takes place from March and April.  Adding a providing a scenic view of the snow-capped mountains with the rays of the sun.  The weather is delightful at this time of the year, and the honeymoon trip could be one of great experience for the couple.  Winters are said to be the best time to explore outdoors in the midst of snow and chilly climate.

The Best Travel Gifts for the Global Adventurer 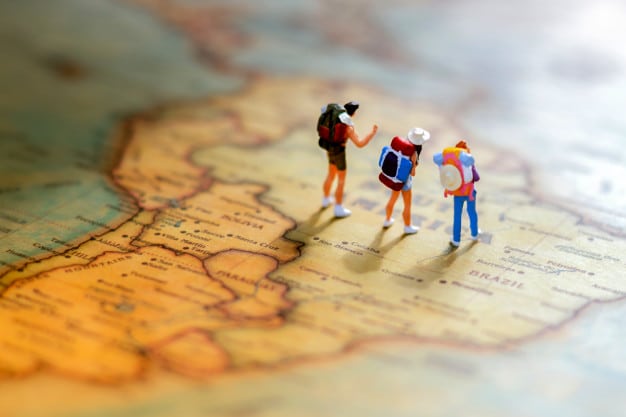 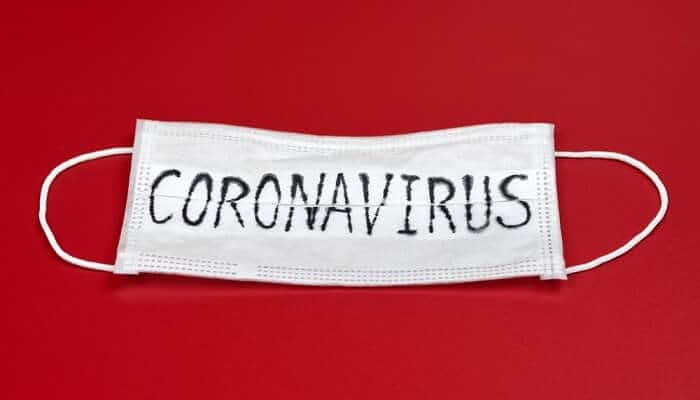 A Detailed Post Covid Travel Guide To Maldives For All Travelers! 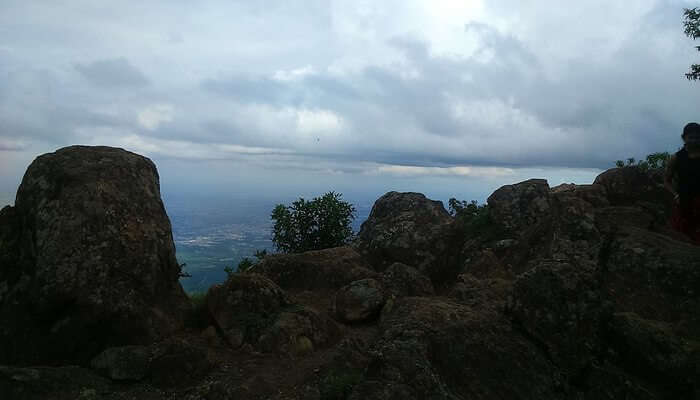 6 Exhilarating Things To Do In Coonoor In May In 2020