Before we see any retrospectives of the year, try to declare this the “summer of [blank] preemptively,” let’s set the record straight—this is undeniably the summer of hard seltzer. Yes, it seems we’ve all emerged from a long quarantine winter ready to embrace the light, crisp, and fresh flavors of spiked sparkling water.

Long gone are the days when White Claw was the only name in town—in fact, over the past year, the best hard seltzers have exploded in popularity, bringing forth tons of convenient alternatives to those who want something lighter on the alcohol by volume (and calories) then say, a heavy IPA or shot-loaded cocktail.

Ideal for leisurely sipping on the beach or throwing back at a BBQ and still maintaining a conversation, the best hard seltzers stick to around 90-100 calories for one 12 oz. Can, but also tend only to fall around 4.5-5 percent ABV (so you’re not wasted after one drink).

You can also shop many of the best hard seltzer brands online these days, with everyone from Amazon to Drizly delivering cases to your door. No need to run to a liquor store only to find your favorite hard seltzer brand sold out.

We loathe to call them trendy, but brands are indeed getting pretty creative with the simple malt beverage and bubbly water: there’s wine spritzer-Esque seltzers, spiked iced tea seltzers, hard smoothie seltzers, and we don’t think it’ll be long before there’s a hard craft beer seltzer at this point. But with a flood of spiked seltzer flooding in, how do you choose? We’ve rounded up our favorite lightly-flavored, gently bubbling beverages so you can pick your flavor for the summer. 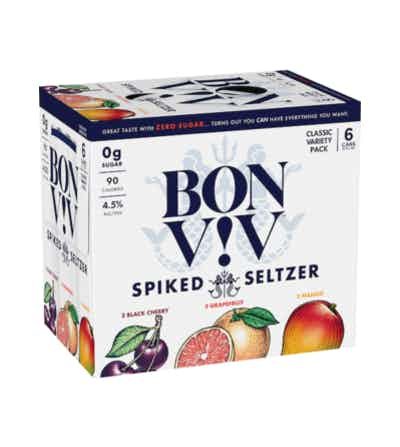 One of the OGs of the spiked seltzer trend, you can’t go wrong with Bon Viv’s classic bubbly—this is the graduate school of seltzers, moving on to a more elevated taste after leaving your old-school days of Mike’s Hard Lemonade behind (who also, coincidentally, now offer a hard seltzer lemonade).

The beautiful carbonation here is almost as light as champagne, making sense since Bon Viv uses a unique cold fermentation process using champagne yeast mixed with fruit oils. All of their seltzers are naturally flavored, with a crisp, clean taste that is particularly bubbly-forward. You won’t get the same level of sweetness here as some of the mass-appeal brands like Corona or Bud Light’s forays into the seltzer wars. But their flavors are super-refined, with offerings like black cherry, cranberry, grapefruit, and mango.

Their flavor combinations in the Bon Viv “Blends” variety pack are also particularly sophisticated and almost cocktail-like. Fans of botanicals will love the pear elderflower and clementine hibiscus seltzers, and the coconut-pineapple seltzer feels like you just ordered a pina colada from a poolside bar. With just 90 calories and 4.5 percent ABV, Bon Viv knows how to keep it as light and refreshing as if you were on your own private island. 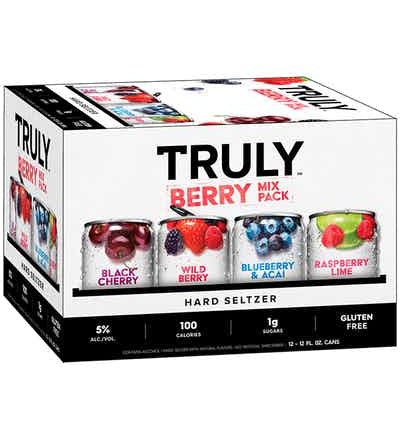 Truly Hard Seltzer is the crowd-pleasing favorite of seltzers—not just because if it’s 100 calories or that it’s gluten-free, but because it’s one of the most widely accessible “starter” hard seltzers with an impressively all-natural ingredient list.

I’m sure you could consider White Claw to be the most popular of the readily available seltzers. Still, we prefer the flavors in Truly’s arsenal, especially their Berry Mix Pack, which comes with black cherry, wild berry, blueberry & acai, and raspberry lime flavors (their tropical flavors are also excellent). Even though it has major sweetened diet soda vibes, it’s probably the closest thing we have to a hard beer seltzer right now, too: the base is fermented cane sugar combined with all-natural flavors.

We also appreciate that for a natural seltzer, it doesn’t hold back when it comes to ABV, at 5 percent (though you can go even harder with their Extra Hard seltzer). But it remains light and refreshing enough to make it through a long backyard barbeque. 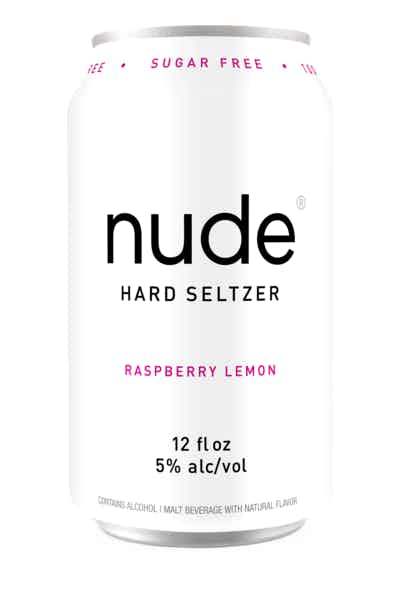 There’s no better feeling than going nude for summer, at least when it comes to what you’re drinking. We love the offerings from the new Canadian-based brand, Nude, which tastes like ultra-premium La Croix, with just the right amount of fizz and flavor and just the right buzz (I.e., no sugar-induced hangovers here). Everything is made from all-natural ingredients (think raspberry, peach, lemon, and lime), and each can comes in at 100 calories, with 0 carbs, while being 100% vegan, keto-friendly, sugar, and sweetener-free.

Nude’s fitting can look right at home in your fridge or cooler and are an elevated take on hard seltzers, with no need for unnecessary branding that screams “PARTY TIME.” This is a hard seltzer you can sip at a party, sure, but also a great drink to crack open as you wind down your day at work or want a refreshing pick-me-up after a day on the golf course or tennis courts. Of course, nude also makes Hard Iced Teas and vodka sodas too. 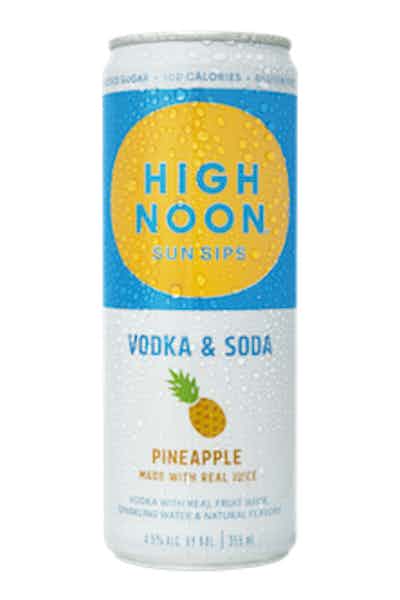 Looking for a way to replace your standard summer bar order of a vodka soda? High Noon’s vodka-based (rather than malt-based) seltzer feels like a club cocktail you could serve in a red solo cup or an ice-filled tasting glass—we mean this in the best way.

High Noon’s seltzer is actually distilled several times from Midwestern corn, blended with sparkling water, and then mixed with real fruit juice. Emphasis on the fruitiness here because these seltzers smell and taste remarkably flavorful (especially the pineapple and grapefruit flavors). We wouldn’t even consider putting them in the same category as some other seltzer—this is pretty much a light mixed drink, but still at just 100 calories and 5% ABV.

It also just feels heavier than other seltzers on our list, which is great when you’re looking for a drink that doesn’t just taste like a hint of fruit. It’s just as refreshing, with tart, sweet flavors like black cherry, lime, peach, and watermelon. You don’t have to flag down a bartender to crack open one of High Noon’s cocktail-like seltzers, though. 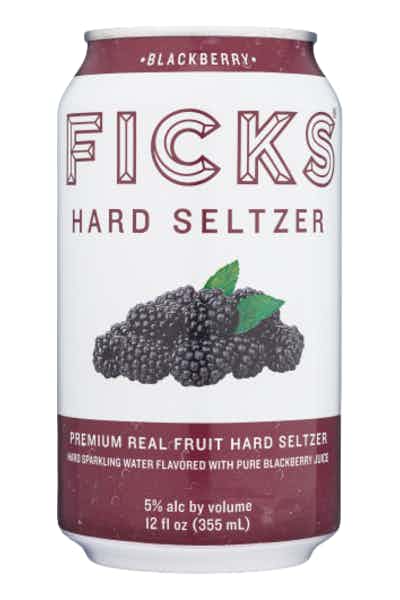 Ficks wants you to join the “Farm to Fizz” movement—which is just another way to say that craft and independent local breweries have seen the seltzer light and are coming for the summertime market.

Crafted in California’s wine country, Ficks locally d ingredients, but their drinks are just packed with full-bodied fruit-flavored. You get that unmistakable punch of real fruit because of their cold-pressing process (similar to juicing) for flavors like blackberry, cranberry, grapefruit, and lime. All areas fragrant as if just picked off the vine, but with enough zest and tang that embodies the best of what spiked seltzers have to offer.

Skipping the malt liquor base was a good move here, as the fermented orange juice base combined with other flavors really lets the sweeter flavor profiles shine without becoming too cloying or artificial. Like a boozier juice box, at 5% ABV and a mere 100 calories, drinking one of these feels like a less pretentious ride through wine country. Although, this would still pair well with a cheeseboard.