Best Craft Beers 2021: As bars open back up around the country, a lot of people are easing back into the idea of popping into their local drinking establishment for a cold one. But that doesn’t mean you can’t stop drinking at home—in fact, you may have already stocked up your mini-fridge and prepped a full-on home bar for the long haul.

Truth is, there’s never been a better time to try out the best craft beers from some of the best breweries in the country. For one, it’s now easier than ever to get local favorites, limited edition IPAs, and seasonal beers delivered straight to your door. You don’t have to worry about long lines, or removing your mask to take a frosty sip. Plenty of craft breweries have upped their game with beers you can buy online—along with all the other wine, and tequila, and more you can order now.

So if you don’t want to extend your brewmaster wings and go through the hassle of making your own at home, save the brewing for the professionals. We’ve rounded up some of the best craft beers to try this season, whether you crack them open at a long-awaited BBQ with friends, or just from the comfort of your own home.

A bonus: use our links to buy these craft beers online and have them delivered in as little as 30 minutes. Right now, you can also get $5 off your purchase at delivery site/app Saucey.com with code MEMORIALDRINKS. Valid 5/1-6/1. 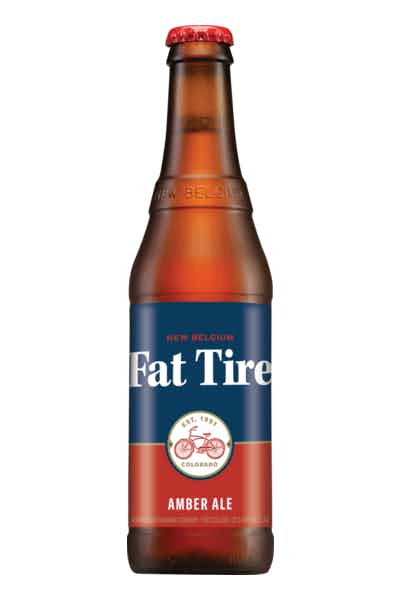 Now this is a beer you that tastes as good as you can feel about drinking—New Belgium brewing company, known for their crowd-pleasing favorites such as their Voodoo Ranger and Sour IPA, are also notable for their sustainable manufacturing processes and their commitment to reducing greenhouse gas emissions. But their standout is clearly the sweet yet herbal Fat Tire Amber Ale (named after the co-founder’s bike drip across Europe), which was dubbed “America’s first Carbon Neutral certified beer.”

A little spicy, a little fruity, this is a well-balanced 5.2% ABV beer that is great for grilling season, since the woodsy flavor pairs so well with barbecued foods. Think of it like the rosemary roast chicken of the craft beer world. There’s truly something for everyone, though, whether you like a more hops-forward drink, something sour, or something fruity. For a beer with a light footprint, and a refreshingly light taste, we can choose no other than Fat Tire Amber Ale.

Right now, you can also get $5 off your purchase at Saucey with code MEMORIALDRINKS. Valid 5/1-6/1. 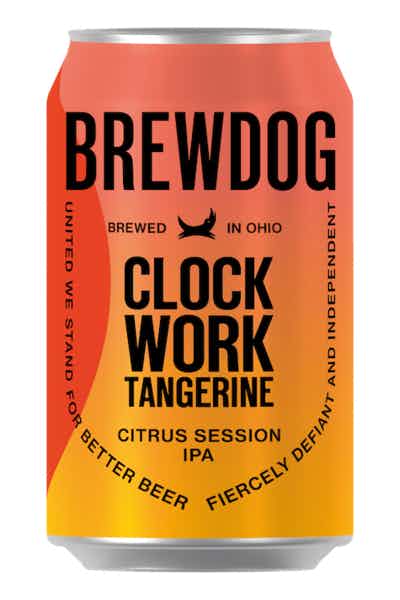 If BrewDog‘s Clockwork Tangerine was a movie, we would give it all the awards for best summertime blockbuster. The fresh, fruity, and citrus-infused flavors tick all our boxes for a solid summer beer, something you can lightly sip at the beach or crack open after a long day of yard work.

This 4.5% ABV is a stand-out IPA, considering it took the crown in Brewdog’s 2017 Prototype Challenge under the pseudonym of ‘Tangerine Session IPA’. Normally fruity beers will try to lean into the citrus by going full-on sour, or mash a bunch of tropical fruit flavors together until it feels more like a smoothie than a hard beverage. But Clockwork Tangerine has a citrus kick with mellow tropical notes, and a toasty background that rounds it all out. As with all BrewDog beers, Clockwork Tangerine is carbon negative and BrewDog removes double the CO2 it takes to make. 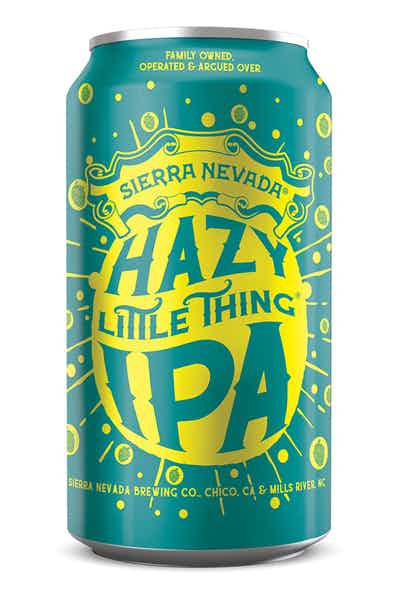 Looking for a beer that feels a little more raw, with more of an unfiltered taste? Hazy Little Thing IPA from Sierra Nevada is as low-processed as it gets, as it comes straight from the tanks and into the can for those who like it bit more au natural.

The smooth, juicy flavor of this 6.7% ABV beer is thanks to Sierra Nevada’s unique fermenting process—not only do they use grains like wheat, oats, and Munich malt for a creamier finish, they chill their fermenters at a higher temperature than normal, which gives the beer that signature “haze.” While it’s still a fruit-forward hop, it’s pretty bold, so it’s best pair with light and lean summer foods like salads, seafood, and greens like asparagus. Extremely smooth to drink, hopefully your night won’t end up as hazy as this beer. 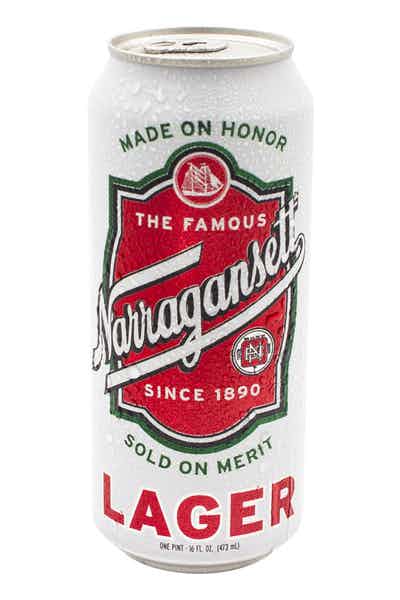 This award-winning Rhode Island beer is not only incredibly sessionable, it’s packed with some of the most flavor we’ve tasted out of a premium lager. It’s won several medals from the World Beer Championship, World Beer Cup, and the Great International Beer & Cider Competition, just to name a few, with a recipe that’s stayed the same since 1890.

Okay, so then how does it taste? Clean, crisp and refreshing—it’s an “old reliable”-type lager, the gold standard. It may not have any of the fancy flavor combinations of newer craft beers, but this 5% ABV beer will deliver on smooth taste every time. Narragansett is the kind of lager you would share with a neighbor, or bring to a cookout. Speaking of which, it’s incredible versatile to boot, pairing just as well with the smoky flavors of BBQ as it does to leftover takeout. 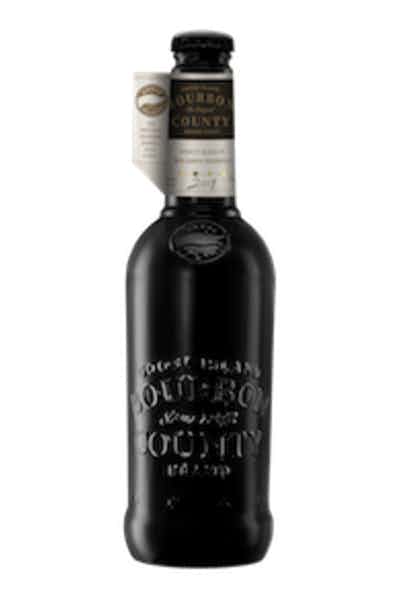 This Goose Island imperial stout is as dark, dense, and full of flavor as the inside of a bourbon barrel. Which makes sense, since the brewing company used a blend of barrels from several whiskey distilleries when making this dark beer, aging it for a year to get you incredibly rich, bourbon-esque taste.

Not only is it aged like bourbon, it will hit you like bourbon too—the drink has 12.9% ABV, one of the highest levels on our list. Even if it’s a bit boozier, you can still really get all the complex flavors, and you won’t miss all the notes of chocolate, vanilla, and caramel combined with the smoky charred oak. It’s incredibly rich, the kind of beer that goes best with a hefty steak dinner. The company says as much, that “one sip has more flavor than your average case of beer.” As long as actually you slow down to taste it, we’re inclined to agree. 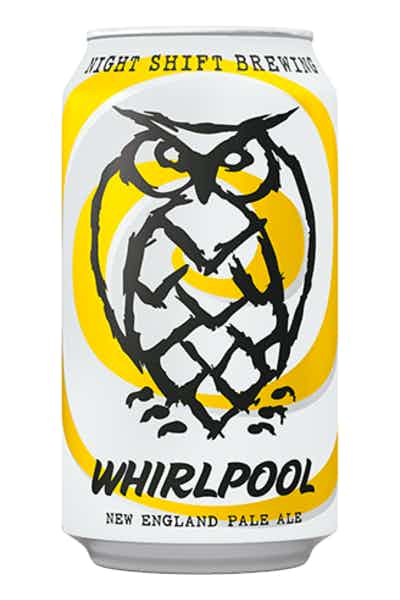 Sometimes you don’t want to go heavy, though, especially if it’s going to be a long night: that’s where Whirlpool’s Pale Ale comes in. Whirlpool is Night Shift’s flagship New England pale ale, and for good reason—it’s a hazy blonde beer that at 4.5% ABV feels remarkably easy either sip at dinner party, or just throw back.

The flavors are explosive too, with a juicy blend of ripe peach and clementine, and it’s super vibrant as it goes down without a bitter finish. Fun fact: Night Shift’s whole brewhouse was custom-built for this beer’s unique whirlpool brewing process, which allows for an generous generous dry-hopping process. It’s also fairly soft, and would pair well with a good cheese board, thanks to the combo brew of wheat and oats used. An all-time favorite, Whirlpool gives you bright flavors that won’t leave you spinning at the end of the night. 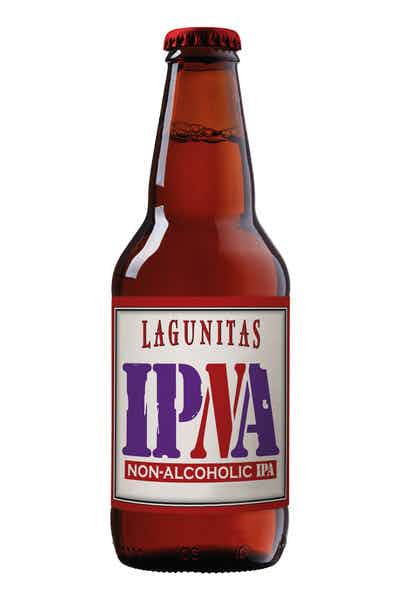 You may already know Lagunitas, the Northern California brewery behind one of the best-selling IPAs in the world. But they’ve used all the same knowledge and brewing secrets to whip up a satisfying non-alcoholic take on their flagship India Pale Ale that won’t leave you disappointed.

This is a full-flavored IPA with low ABV (around 0.5%), dry-hopped with Mosaic and Citra Hops (trust us, you will not miss out on any hoppy-ness here). Lagunitas uses the same ingredients found in any good IPA: hops, malt, yeast, and water to get that same favor to satisfy even the snobbiest of craft beer aficionados. It’s got a good, crisp flavor, with hints of citrus, so you can really pair it with most proteins, although it’s a little heavier than the average non-alcoholic bevy. But Lagunitas is as no-frills and accessible as it gets for IPNA, especially if you’re looking for the good ol’ hop-forward beer.

Beats vs. Apple: Beats by Dre vs AirPods Headphones and Earbuds Review