Now that it has been with us for more than two decades, the Harry Potter franchise has churned an impressive number of great performances. Venerable British actors of all ages were assembled to take part in the series, and between the original franchise and the Fantastic Beasts films, many of them delivered great work.

Part of what makes these movies so thrilling is seeing great actors take fantasy material seriously, but some actors rise to that task better than others. Across more than 20 years of films, here are the 10 best adult performances in the Harry Potter franchise. 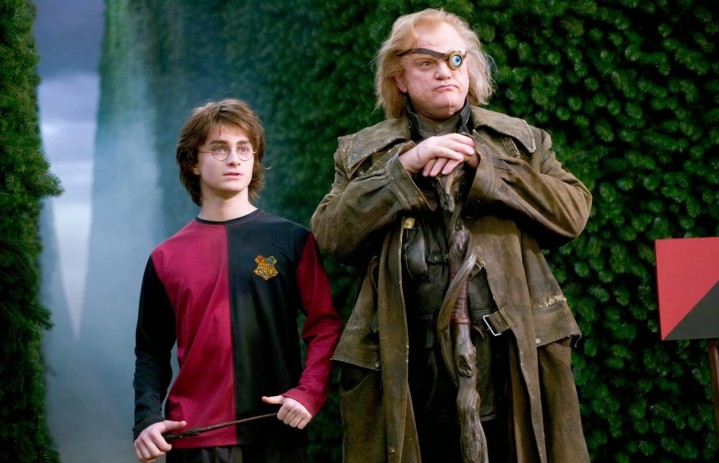 Brendan Gleeson simply is Mad-Eye Moody. Whatever image you may have had of him before Goblet of Fire hit theaters, that image was irrevocably changed by Gleeson, who bring an incredible command to his work in the role.

The most impressive thing about Gleeson’s performance in Goblet of Firethough, is that he is playing someone pretending to be Mad-Eye. That means that every gesture is a little bit too big, and every statement a little bit unsettling. He knows how he’s supposed to behave, but in some key ways, everything just feels off.

Three prominent actors have played Albus Dumbledore over the course of 10 different films, but Jude Law gets the closest to the version many imagined in the books. Law plays Albus as incredibly wise, but also given to fits of whimsy, and this younger version of the character is also deeply charming.

There’s a darkness to Dumbledore that is always buried below the surface, and Law plays that darkness well without letting it overcome the generally genial spirit that is the character’s dominant personality trait in the wider world. 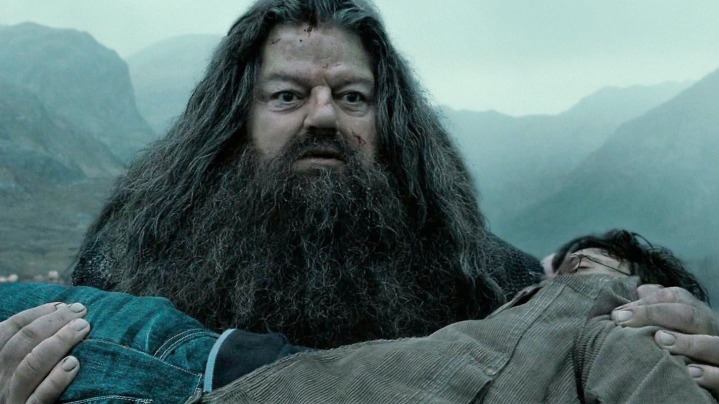 It’s easy to forget because of Hagrid’s smaller role in later installments, but Robbie Coltrane is crucial to establishing the tone of the Harry Potter universe. He’s the first magical character that Harry ever meets, and Coltrane is marvelous in those first two movies especially at communicating how much Hagrid has suffered even as he remains constantly joyful. Hagrid is, at his core, a giant child trying his best to help kids he feels a kinship with, and Coltrane’s energy is crucial to making him work.

Sybill Trelawney is, at her core, a pretty ridiculous character. She teaches divination, a subject that most of her colleagues seems to feel is entirely fictitious. Emma Thompson is a perfect for the role, in part because she knows how to go big without feeling totally out of place.

In her handful of scenes in the Harry Potter franchise, and especially in Prisoner of AzkabanThompson brings the exact amount of chaos to the role. And then, just before the climax when she actually delivers a prophecy, her performance shifts so completely that it becomes easy to distinguish what’s real from what isn’t.

When Harry Potter fans are asked who the evilest character is, Dolores Umbridge is the answer most people give. She’s not a Death Eater or a Dark Lord, but she does make Harry carve up his own hand.

In playing her, Imelda Staunton manages to capture the apparent innocence of Umbridge, and the ultimate terror that she represents. Umbridge is a power-hungry, order obsessed little woman, and in Staunton’s portrayal, all of those qualities are masked just slightly by a love of both cats and the color pink.

Has there ever been a worse reveal than the fact that Colin Farrell was secretly Johnny Depp the whole time? Farrell, who is undoubtedly the best part of Fantastic Beasts and Where to Find Themplays Percival Graves, an American wizard who is much more menacing than he initially appears to be.

Farrell is excellent in the role, and we understand throughout that there are secrets hidden just below his carefully created surface. He also happens to be better than almost anyone else in the franchise at wand work, and that’s worth quite a bit.

Bellatrix Lestrange is a monster who enjoys the pain she inflicts on others, and Helena Bonham Carter was the perfect person to play her. As Bellatrix, Carter is wide-eyed and wild, and it’s never totally clear what she might say or do next.

What makes her truly great is that she is never afraid of going too big. From the moment she shows up Order of the Phoenix through her last scene, Carter embodies all the energy and rage that seemed to motivate Bellatrix from the moment she was introduced to the world of Harry Potter.

Oldman only really got two movies to show off what he could do as Sirius, but that proved to be enough. He may be known for going big, but in his portrayal of Sirius, Oldman transitions from a man manically trying to prove his own innocence to a gentle, sweet man who becomes the closest thing Harry ever had to a father.

What makes Oldman great is how much he clearly cares for Harry, and the way he’s able to cover up all of his own imperfections with the obvious charm that he almost always has on full display.

The first half of the Harry Potter franchise builds to a single moment. There are the stories before Voldemort returns, and the ones after he returns. Casting this role felt like an impossible challenge, but as it turns out, Ralph Fiennes was the perfect choice.

The sneaky truth about Voldemort is that, while he’s immensely powerful and menacing, he’s also a scared little boy putting on a show. Fiennes gets at that deeper truth, allowing the character to be sinister while also making it feel like he’s putting on a front for all of the people he wants to terrify.

There was only ever one actor who could top this list. Rickman is wonderful when all he’s asked to do is glare menacingly at three young children, but the revelations about Snape, and his undying love for Lily, cast a new light on what Rickman was able to achieve across the eight films in which he appeared.

Snape, a complicated man who was, ultimately, the greatest evidence Dumbledore had about love’s power, is also played by a tremendous actor who sadly went unrecognized throughout his decades in Hollywood.

You can rent or stream all of the Harry Potter films on a variety of streaming services.