‘Bakosó: AfroBeats of Cuba’ Captures the Moment When Genres Collide

Musical styles in Africa and the Caribbean have a long and closely intertwined history. One of the classic examples involves an interchange between the Congo and Cuba. In 1933, the company EMI launched a new series dedicated to reissuing recordings of Cuban son — tunes driven by a guitar-like instrument called a tres, a clave rhythm, and call-and-response vocals. International companies were expanding into African markets around the same time, and the son cuts proved to be not only a popular export, but an impactful one.

In the Congo, some listeners noticed a rhythmic kinship between son and local musical forms. As one woman told Bob White, a professor of anthropology at the University of Montreal, in his 2002 study of Congolese music, son already “comes from Africa.” “It was Africans that were sold over there [to Cuba during slavery] and they started singing in the fields and they tried to play this music that came from here, the music that they brought with them,” the woman added.

Congolese musicians started to put their own spin on son, developing a style dubbed Congolese rumba. “It’s circular: Cuban son doesn’t exist without that African musical heritage in the first place,” musicologist Wayne Marshall told Rolling Stone in 2018. “And then what was first called Congolese rumba, the reason it’s called that is because it’s based on Cuban son records that became popular in the Congo.”

If White’s scholarly study is too dry for you, Bakosó: AfroBeats of Cuba, a documentary which debuted on PBS last month, provides a vital modern example of a similar process. Students from Africa studying at medical schools in Cuba brought their love of afrobeats (swaying polyrhythmic pop beloved in Nigeria) or kuduro (a speedier, more agitated form of club music popular in Angola) with them. Before long, a natural process of osmosis occurred, as Cuban artists soaked up those influences and started to use them in their own work.

“African rhythms like kuduro, azonto, [and] afrobeats, which are invading the streets of Santiago, [Cuba], young people like us are dancing to that all the time,” the rapper and beat-maker Ozkaro DLGA2 explains in the film. “We wanted to give these rhythms a touch of Cuba… [and] we realized it was easy to fuse these… with our conga, with our rumba.” The new style now has its own name: bakosó.

The seeds of Bakosó grew from director and producer Eli Jacobs-Fantauzzi’s trip to Ghana over a decade ago. “I was tracing our own ancestry, we have a lot of Yoruban roots, and I wanted to go back to Nigeria,” the director explains. But UC Berkeley, where he was a student at the time, didn’t have a study abroad program in Nigeria, so Jacobs-Fantauzzi got as close as he could, ending up in Ghana.

He quickly became enthralled with a popular musical fusion called hiplife, a mixture of hip-hop and a local style dubbed highlife. “That was the sound at the time,” Jacobs-Fantauzzi remembers. In Ghana, he oversaw two radio shows, steeping himself in the music scene. Then he had a version of the same epiphany as the Congolese woman interviewed by White: “I was checking out their different rhythmic patterns [in Ghanaian music] and started to see they’re similar to the ones they play in the Caribbean,” Jacobs-Fantauzzi says.

He had already directed Inventos: Hip Hop Cubano, a documentary on Cuba’s rap scene; now he set his sights on hiplife. Homegrown: Hiplife in Ghana came out in 2008, and several years later, on a trip back to Cuba, the director played the film for DJ Jigüe, a producer and label-owner. DJ Jigüe’s response was immediate: “He said, ‘man, they’re doing this in my neighborhood on the other side of the island,’” Jacobs-Fantauzzi recalls. 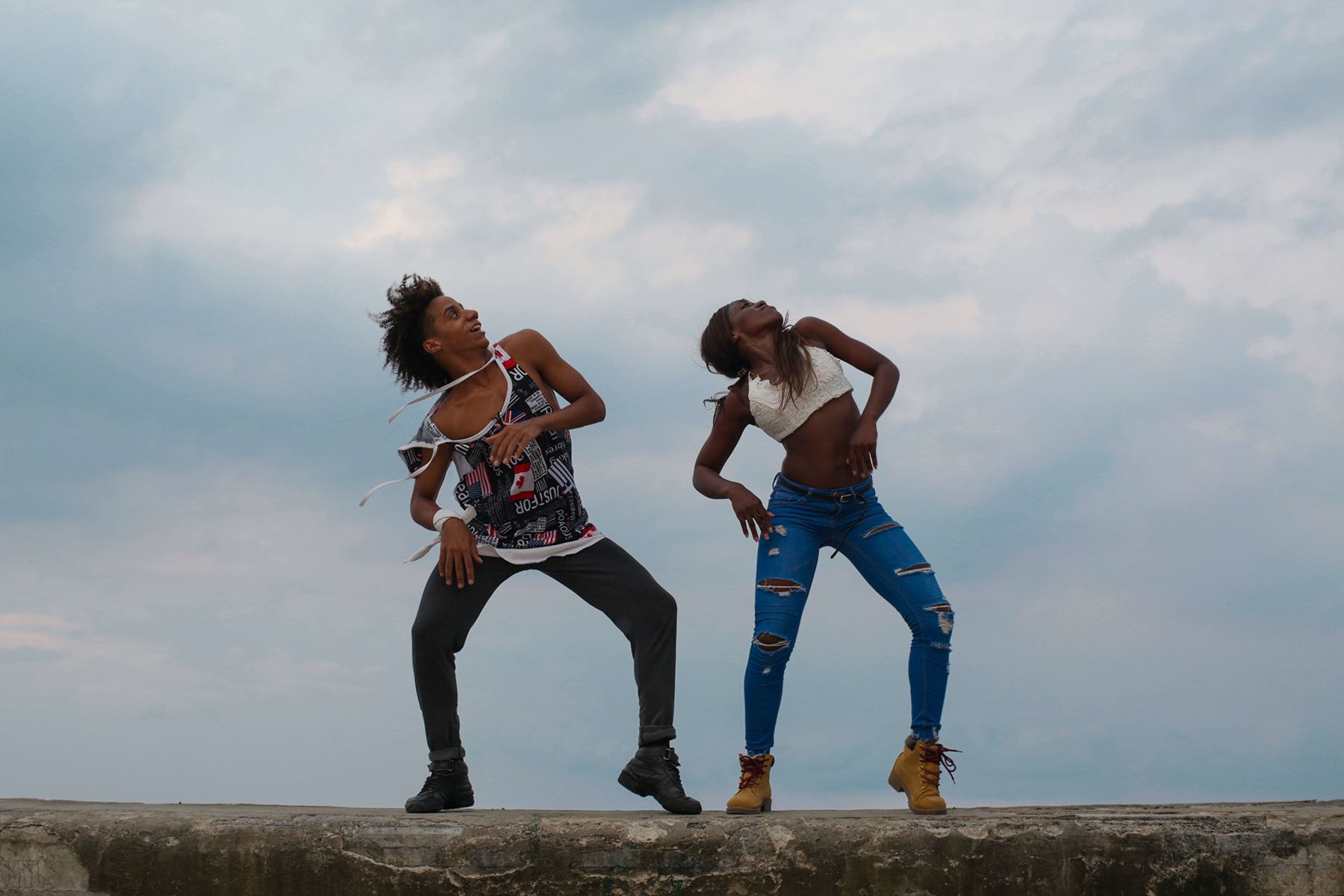 DJ Jigüe cued up a song, Ozkaro & Azere’s “Llora Como Lloré Yo,” to prove that Ghanaian music was influencing local artists. The track melds electronic claps thwacking out a clave pattern with passages that feel more akin to afro-house. “I felt like a new genre was being born,” Jacobs-Fantauzzi says. He decided to document the scene for his next film.

DJ Jigüe is Bakosó‘s central character: The camera follows him as he leaves Havana and returns to his hometown, Santiago, to meet with artists and producers creating new bakosó tunes. One connection leads to the next, giving the short film — it’s around 50 minutes long — a charming, off-the-cuff feel. DJ Jigüe bounces from one recording studio to the next, even making a stop at a children’s dance school that played a key role in popularizing kinetic routines set to African music, before enlisting musicians to try to create his own contribution to the growing bakosó scene.

Musical trends come and go, but Bakosó argues that this recent style in Cuba is more than just a fad — it’s a way of reconnecting with the country’s musical roots in African traditions while updating them at the same time. “Fernando Ortiz [a famous Cuban scholar] reminds us that forgetting the past… is a way to commit cultural suicide,” Raul Miyares explains. Merging “these African rhythms with contemporary sounds is also to revive the African heritage that Cubans hold.”

“I think sometimes we only think about the transatlantic slave trade, what happened in the past,” adds Khalil Jacobs-Fantauzzi, who helped produce the film with his brother. “This music is looking to the future, fusing this ancestral historical sound with something very modern.”

And while the music industry in the U.S. and Western Europe likes to think of itself as the center of the universe, Eli points out that — unlike the transmissions that spawned Congolese rumba from Cuban son — the back-and-forth that created Bakosó took place without international intervention. “A lot of times when we think about music, we think people have to go through the U.S. and Europe to get exposure,” the director says. “Part of what really made this film exciting and new is that these African students from all different regions of the continent were bringing the music directly to Cuba. It’s a direct connection between the continent and the Caribbean,” with no Western filter.

Maybe it’s not surprising, then, that the U.S. hasn’t paid much attention to bakosó yet. But the music’s growth seems likely to continue, at least if the rapper Maykel El Padriano has anything to say about it. As he walks the streets in the film and greets his fans, he pauses to turn back to the camera and deliver a simple promise: “I will not stop doing this genre.”