Ashley Thomas Cain, popularly known as Ashley Cain is an English former footballer and reality television personality. As a footballer, he played as a winger for numerous clubs in minor leagues, most notably for Coventry City (the club he started playing football from) and Coventry Sphinx. He also had a brief stint overseas.

Besides football, he is also known for his appearances in reality television series. He starred in the MTV reality series, Ex on the Beach, and the game show, The Challenge.

Cain has been going through bad times, as his infant daughter was diagnosed with leukemia when she was only 2 months old. His family got another heartbreak in February 2021 when they were informed that their daughter’s leukemia had returned.

What is Ashley Cain Famous For? 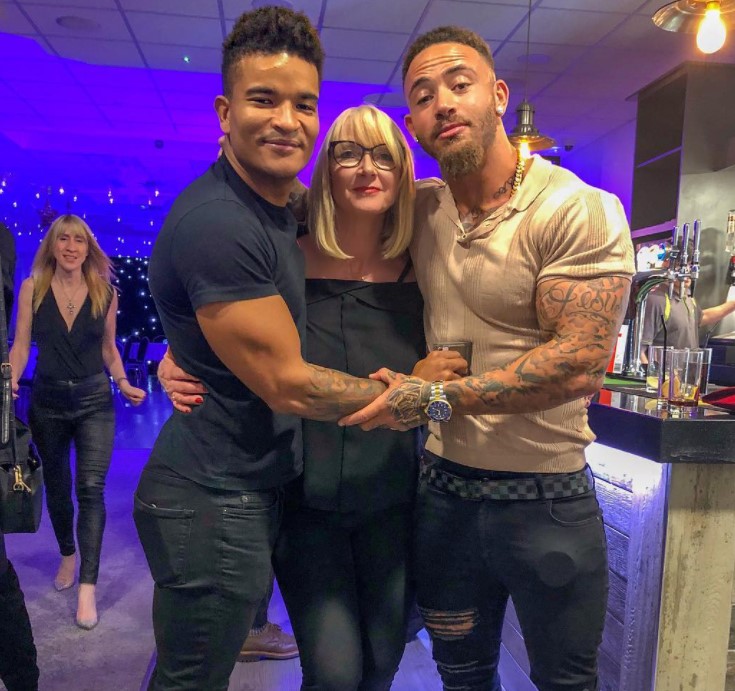 Where is Ashley Cain From?

Ashley Cain was born on 27 September 1990. His birth name is Ashley Thomas Cain. His birth place is in Nuneaton in England. He holds an English nationality. Information about his parents is not available at present. According to his Instagram posts, he has a sister and a brother. He belongs to mixed ethnicity and his religion is Christianity. His zodiac sign is Libra. 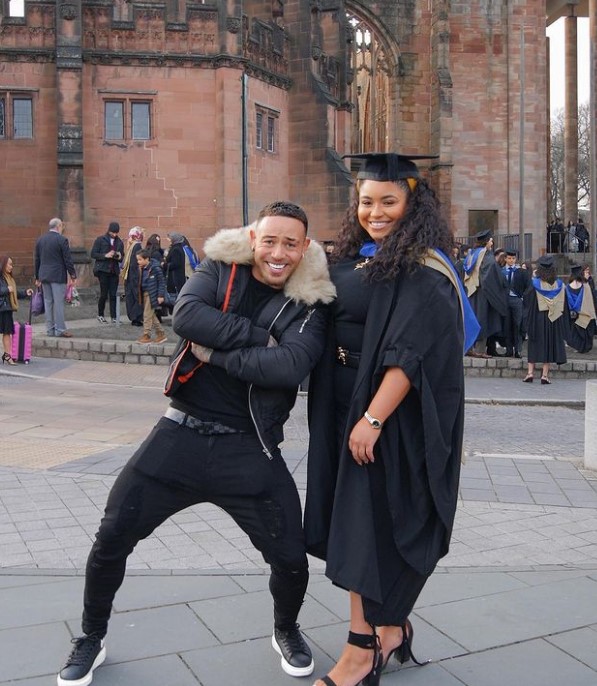 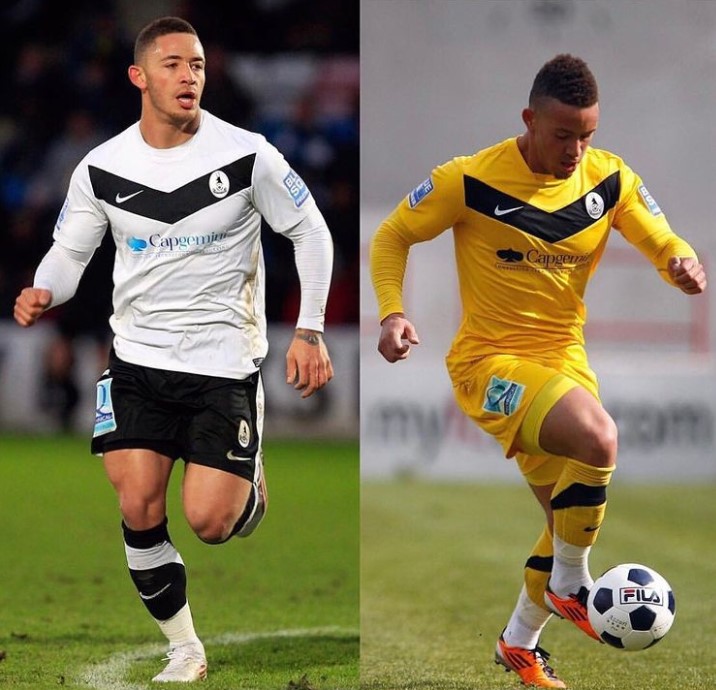 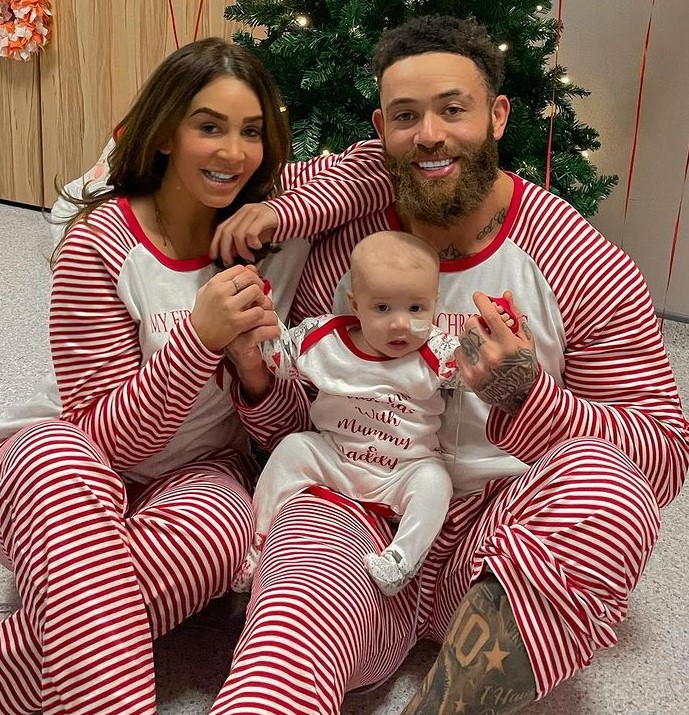 Ashley Cain is a married man. He is married to Safiyya Vorajee. The couple has a daughter named Azaylia Diamond.

Ashley and his partner have been going through a rough time as their daughter, Azaylia was diagnosed with leukemia when she was only 2 months old. The infant Azaylia had been undergoing treatment to battle leukemia. She was due to leave the hospital following stem cell transplantation. However, the couple was informed in February 2021 that their 6 months-old daughter’s leukemia had returned.

Today was supposed to be a day of unquestionable happiness. However, it turned out like most days on this journey; A miracle blindsided by heartbreak! 😢💔

We got told a few days ago that’s Azaylia would be ringing the bell today and coming home with us, as a family to resume treatment 2 days per week as an outpatient. However, 10 minutes before the moment we have been praying for over the last 5 months… We got urgently informed that Azaylia’s leukemia had returned. We crumbled and cancelled the celebration as we felt broken and numb to the core before seeing her beautiful face telling us, the show must go on and us then realising how far our little girl has come and howmuch she deserves this moment. She has battled against the odds, she has overcome every obstacle in her path and she has done it all with remarkable spirit and the biggest smile on her face! 🥲❤️

For now we are enjoying precious moments at home until we return to hospital on Friday! Thank you for your support and please keep our beautiful daughter in your prayers! 🙏🏾❤️” 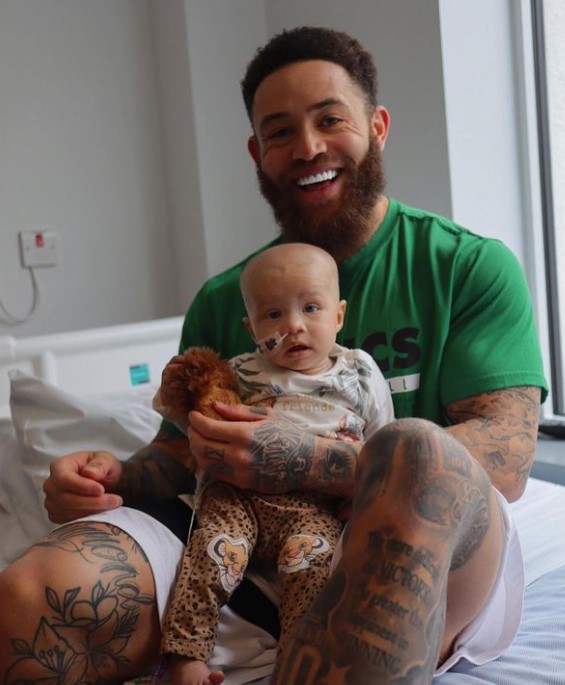 Ashley Cain stands around a height of 1.88 m. He has a body weight of around 80 kg. Being a former professional footballer and a current fitness freak, he maintained his body perfectly well. He has an athletic body build. He has several tattoos on his body. His eye color is hazel and his hair color is brown.

His sexual orientation is straight.

Ashley Cain is a retired professional football player. During his active playing career, he played for several clubs in the minor leagues. After retiring from football, he became a reality star, starring in the reality series, Ex on the Beach. The series fan surely knows Cain. At present, his net worth is not available.