All You Need To Know For A Great Trip

When the conversation is about visiting a place with great weather and clear blue skies, Australia usually strikes our mind. Known for its beautiful islands, the beautiful country of Australia will elate you till your heart’s content. One of the largest cities of Australia, Sydney has already started to bloom with flocks of tourists up for enjoying the sweet summers of the city. Sydney in December attracts large crowds owing to the vibrant celebrations of Christmas and New Year’s Eve happening around. Tourists flock around the Sydney Harbour to glance at the astonishing and iconic fireworks that fill the whole sky welcoming the New Year with a bang.

Weather In Sydney In December 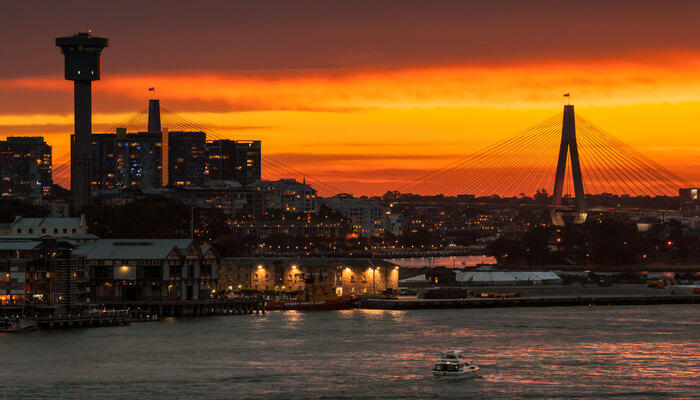 December is the starting month of the summers in Sydney. The average day temperature hovers around 20 – 23 degrees celsius. Maximum temperature can be as high as 26 degrees Celsius. But due to the city close to the sea – you will find a pleasant breeze flowing in the city – which won’t let it feel hot in December in Sydney. It will mostly be pleasant. This is the reason why visiting Sydney in December is so popular amongst the tourists. Summers is the peak tourist season in Sydney.

Must Read: 18 Most Romantic Things To Do In Sydney In 2020: Must Experiences For Honeymooners!

13 Best Things To Do In Sydney In December

With so many things to do in Sydney, here’s a list of some of the best activities that you must not miss getting indulged in during your vacation in this city of Australia during the month of December. 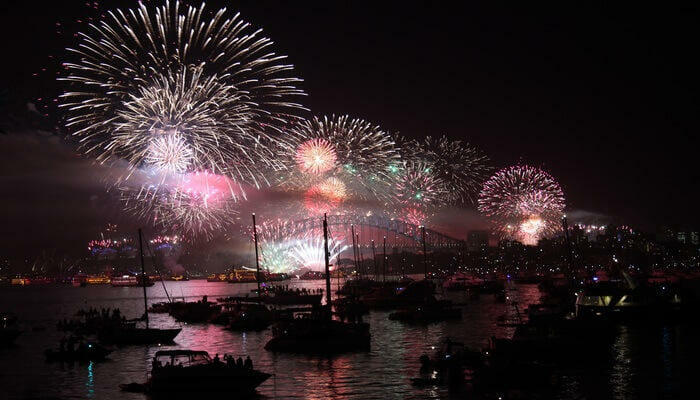 Image Source
Sydney has been forever famed for its display of fireworks, laser works and what not on New Year’s Eve night. A once-in-a-lifetime experience, the sky is filled with fireworks, sprinkling a billion colours in the night sky. With the spectacular backdrop of the Harbour Bridge and the Sydney Opera House, the whole scene is heightened to another level.
Two separate fireworks are displayed in the ceremony, one at 9:00pm for the kids and the other at 12:00am which kicks off the New Year in the most impressive manner possible.

Suggested Read: Winter in Sydney: 8 Things To Do When Sydney Is At Its Magical Best

2. A Romantic Dinner On The Cruise 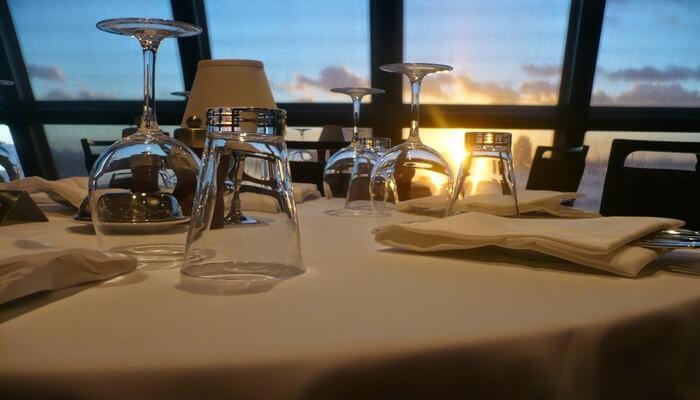 Are you traveling to Sydney with your spouse this December? If yes, then you can start it off with a relaxing breakfast and then enjoy the ”high tea at sea”. Gorge on the delights of some delicious Seafood lunch but don’t overdo as the nights will have something so beautiful for you. A sweet and romantic dinner with your spouse, sitting between the glow of lovely city lights under the starry summer skies of Sydney will be an unforgettable experience.

Suggested Read: Sydney Nightlife: 15 Places That Bring This City To Life At Night! 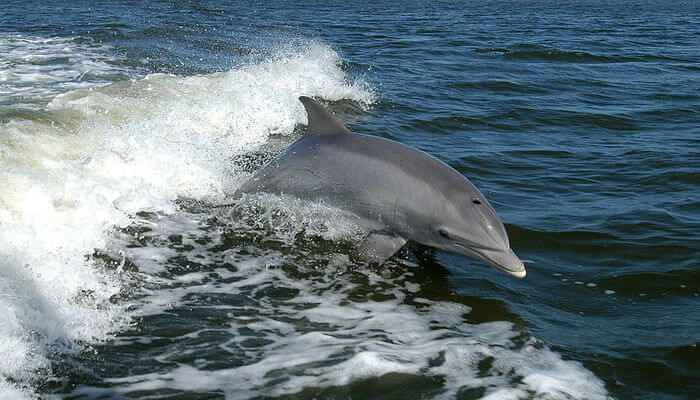 For an incredibly exhilarating experience, head straight to the picturesque Port Stephens. Greatly popular as the best Dolphin-watching hotspot in all of Sydney, Port Stephens can bring you close to the true mermaids of the oceans.

Behold the sight of the most intelligent marine mammals, the Dolphins, in the azure blue deep waters off the Pacific Ocean. If you want to meet the boxers of Australia, Port Stephens is going to be the place where you can find these Aussie Kangaroos.

4. Uplift Your Mood At Flower Market 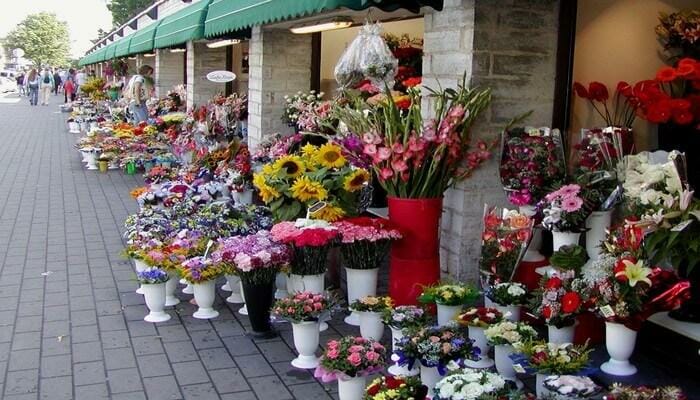 Flowers can brighten everyone’s mood and Sydney’s Flower Markets have one for everyone. Being the largest market for fresh flowers in Australia, it’s a delight for the people with a green thumb. The flower market stocks freshly cut blooms everyday from 5am; except for Sundays. When looking for the eye-pleasing summer flowers, consider stopping by Sydney’s Flower Market.

Suggested Read: 7 Splendid Cruises From Sydney You Should Aboard On Your Next Trip!

5. Watch Or Participate In A Yacht Race 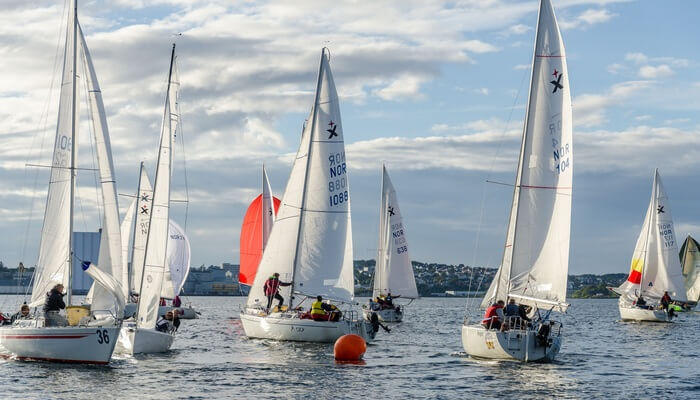 The end of the year calls for a fun filled anticipating Yacht race at the Sydney Harbour. Taking place every year since 1945, the 628 nautical mile Yacht race begins in Sydney and ends at Hobart.

One of the most anticipated and liked ocean races, the Sydney to Hobart yacht race sees a spectator count of nearly 600,000 people every single year. With Shark island being its starting point, the energy-filled race can be clearly seen right from the harbour.

Suggested Read: Camping Near Sydney: 10 Scenic Spots That Will Leave You Insanely Enthralled 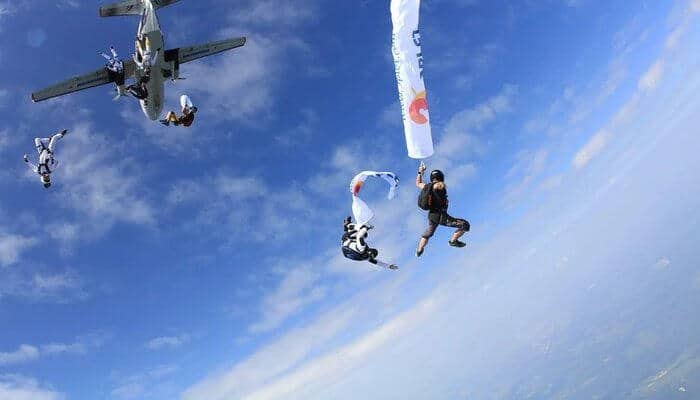 Are you brave enough to try the extremely adventurous sport of skydiving? If you said yes, then Sydney is certainly the best place to get yourself in action. Suit up, and get ready to dive. Diving down to 15,000 ft. at an extreme speed of over 200km/hr, you will feel the adrenaline rush in your body reaching unbelievable heights. As scary as it may seem, Skydiving in Sydney in the month of December can be a very rewarding experience not just in terms of trying an extreme sport but it’s the easiest way to experience the excitement of freefalling.

The skydiving experience will let you see the city with the eye of a bird and you can enjoy the astonishing views of Wollongong and Newcastle region. First timers need not worry, as the tandem dives are the easiest and can be pulled off with just a little practice.

Suggested Read: Sydney In January 2020: A Handy Guide For Exploring The Most Astonishing Views Of This City! 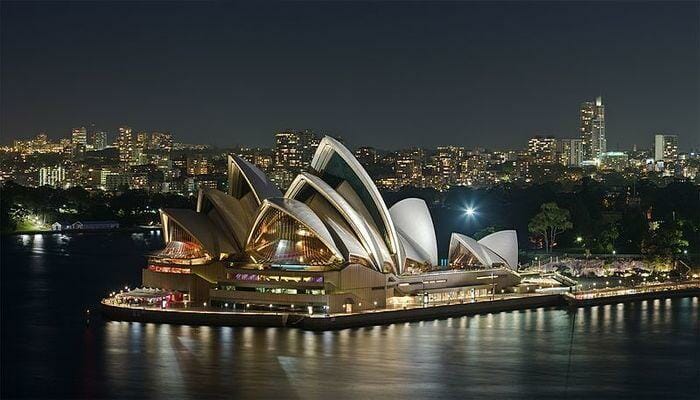 Recognised as a UNESCO World Heritage site, the Sydney Opera House is a wonder of architectural marvel and human intelligence and therefore holds the top position in the bucket lists of many travelers around the world. Some of the shows premiering the Sydney Opera House in December are The Marriage of Figaro, Bryn Terfel, La Boheme, Carmen, and the Opera Gala.

Suggested Read: 10 Safaris In Sydney To Experience A Food Spree And Wildlife Sightseeing In 2019 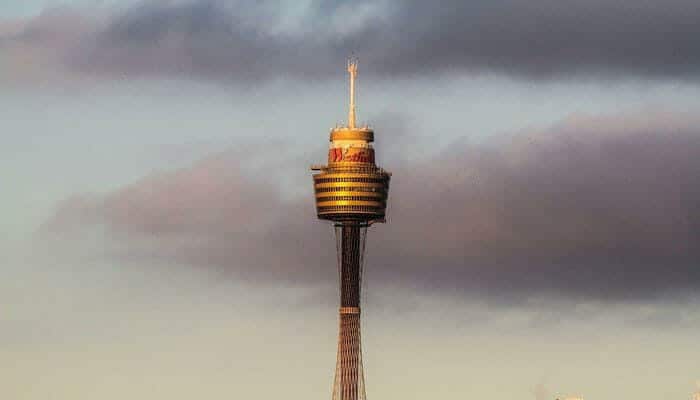 December is the time when Sydney sees clear blue skies coupled with pleasant weather, making you witness the best of this city. And this is exactly when you must visit the Sydney Tower. With the observation deck at 820 feet, the Sydney Tower gives you a 360-degree view of the whole of Sydney.

From a position so high, you can spot most of Sydney including the Harbour, Opera House and even the faraway Blue Mountains. Even though the tower is very safe, people with fear of extreme heights are advised to abstain from climbing the tower.

Suggested Read: Sydney In Summer: A Detailed Guide To Witness The City Spreading Its Colors

9. Go For A Cruise And Watch Whales 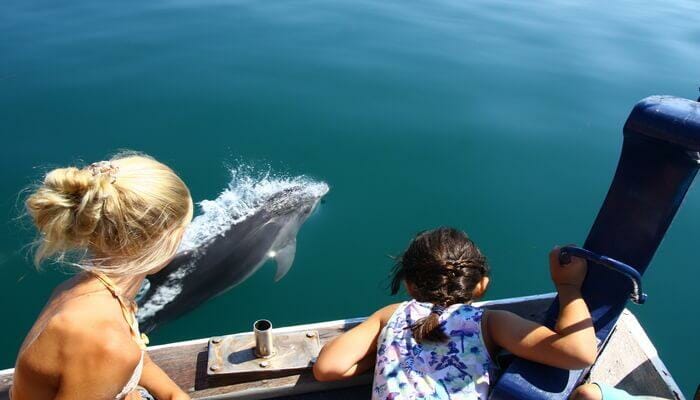 If you have always longed for an adventurous whale watching tour, Sydney is the best place to fulfill this dream and December is the best time for whale sightings. During this time, thousands of humpback whales return south to their Antarctic feeding ground to enjoy the southern hemisphere summer.
These majestic humpback whales can be easily spotted from the end of September until December while migrating from Antarctica to Queensland. One can easily spot female whales with their newborn calves closer to the shores. It is a fantastic view to watch and above all, an exhilarating experience worth remembering! Thousands of tourists gather around the shores to catch a glimpse and capture the Whales in their cameras.

Suggested Read: Sydney In January 2020: A Handy Guide For Exploring The Most Astonishing Views Of This City! 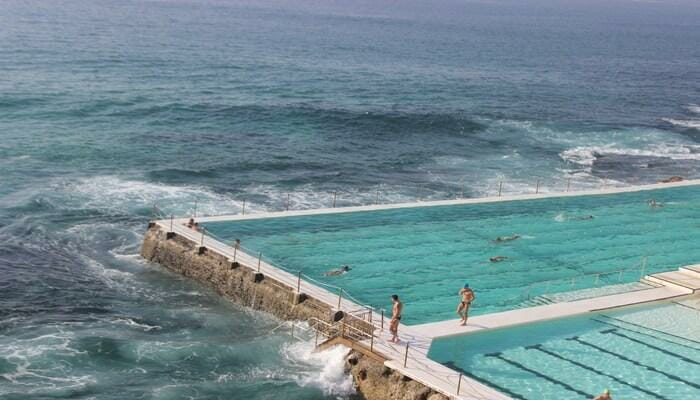 Since it’s summer in Sydney, swimming wouldn’t be a bad idea at all. The Bondi Iceberg club at the Southern end of Bondi beach is one of the most famous ocean pools and an international landmark in Sydney.
The pool is famous for its winter bath in the icy water. Besides swimming you can also have a perfect glimpse of the entire beach from this club. People can also sit and dine alongside the sea view to enrich the experience. No trip to Sydney is complete without a visit to the 30 m pool and clubhouse.

11. Take A Walk On The Sydney Bridge 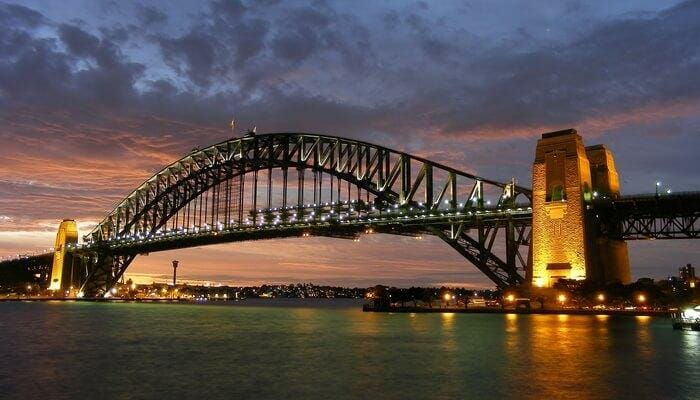 Sydney Bridge is an iconic tourist attraction in Australia which sees a plethora of people towards the end of the year. While the views from the top are breathtaking, climbing the massive structure itself is an experience like no other. Witness Sydney with a bird’s eye view from atop the Harbour bridge and collect a lifetime memory while you return back home.
People usually go bridge climbing with families and click photographs at the heights of the Sydney Bridge. The bridge climbing is open for everyone above 8yrs old but the visitor must be in good health.

Suggested Read: Sydney In Summer: A Detailed Guide To Witness The City Spreading Its Colors

12. Visit Luna Park And Take A Picture With Santa 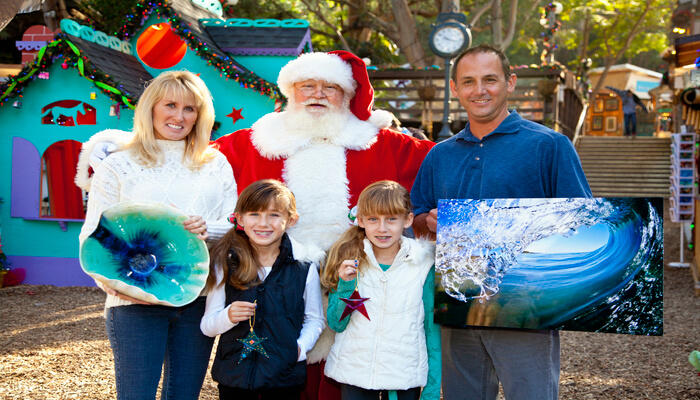 December is filled with an air of celebration and Christmas fun. Amidst all this merrymaking, you cannot miss out on clicking the best Santa photos at the Luna Park with the splendid backdrop of the Sydney Harbour Bridge and Opera House. Santa appears every day in the Luna Park from 1st Dec to 24th Dec.
People can see and get their photos clicked with Santa in two available time slots from 11 am to 12:30 pm & 1 pm to 2 pm every day. Santa is usually positioned on a boardwalk overlooking the iconic bridge and the Opera House.

Suggested Read: 18 Most Romantic Things To Do In Sydney In 2020: Must Experiences For Honeymooners!

13. Witness The Soccer Fever And Participate Too 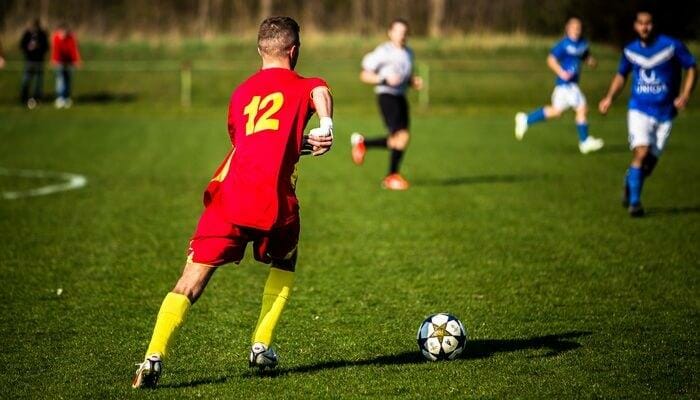 Rugby and Soccer are like a religion in Australia. An ample number of games are going on in Sydney in December and tourists can also join in the cheering. If you plan and buy tickets early you might even be able to see the national team play. Otherwise, you can experience the fun watching the local teams.

Further Read: Camping Near Sydney: 10 Scenic Spots That Will Leave You Insanely Enthralled

December is no doubt one of the best months to visit and experience the enticing beauty of Sydney. Wait not more, plan your vacation in this wonderful, ravishing city and be prepared for an exhilarating vacation in Australia.

Disclaimer: TravelTriangle claims no credit for images featured on our blog site unless otherwise noted. All visual content is copyrighted to its respectful owners. We try to link back to original sources whenever possible. If you own rights to any of the images, and do not wish them to appear on TravelTriangle, please contact us and they will be promptly removed. We believe in providing proper attribution to the original author, artist or photographer.

A. December to February are the summer months in Sydney and the best time to enjoy Sydney’s attractive destinations, outdoor activities and indulge in some adventure.

Q. How hot is Sydney in December?

A. December marks the start of the summer season in Sydney and thus is an ideal month to visit the place before it gets any hotter. The average daytime temperatures are generally around 22°C – 23°C, which is great for hanging out.

Q. What clothes to wear in Sydney?

A. Sydney is a happening city with a very casual style. It has a relaxed and casual vibe all around and so low-key clothing is recommended for visitors. To pack efficiently, take a few pairs of jeans, some loose-fitting t-shirts to match the beachside aesthetic wear.

Looking To Book An International Honeymoon?

Gaurav is an entrepreneur by profession and an avid Yoga enthusiast. He loves to explore and know about Varied traditions, arts and colourful cultures of people at different places around the world. He loves to spend time in nature and to read books.