Aldo Gucci net worth: Aldo Gucci was an Italian American businessman who had a net worth of $50 million at the time of his death in 1990. That’s the same as $100 million in today’s dollars after adjusting for inflation. He was best known for being the chairman of Gucci and the son of company founder Guccio Gucci.

Aldo Gucci was born in Florence, Tuscany, Italy in May 1905 and passed away in January 1990. He was the eldest son of Guccio Gucci. Guccio founded Gucci in 1921. Aldo Gucci began working at Gucci full time at 20 years old. He opened the first shop outside of Rome in 1938 and took over the company after his father passed away in 1953.Technically at that point Aldo and his two brothers inherited three equal parts of the company. After Aldo’s brother Vasco died in 1974, Aldo and Rodolfo split the company half and half. At the same time, Aldo set up a new company to handle Gucci perfume and gave himself 80% ownership. This side company would later launch a family war.

His bamboo handbag was featured in the 1954 film Viaggio in Italia on Ingrid Bergman’s arm. Aldo opened a Gucci shop in New York in 1953, planting the Made in Italy flag in America for the first time. He was regarded as the first Italian Ambassador to fashion by President John F. Kennedy. Aldo Gucci opened shops in Chicago, Palm Beach, Beverly Hills, Tokyo, and Hong Kong among others. Aldo Gucci passed away on January 19, 1990 at 84 years old. During his life he maintained homes in New York City, Palm Beach, Beverly Hills, London, Paris and Rome.

Upon his death, Aldo’s will left half of his estate to his wife Bruna and the other half to their daughter Patricia. The will was challenged by Gucci’s previous wife Olwen who was the mother of three of his children. A major wrinkle developed because there was no legal record of Bruna and Aldo getting married. Olwen charged that the will was “procured by fraud” and not valid because they weren’t legally married. 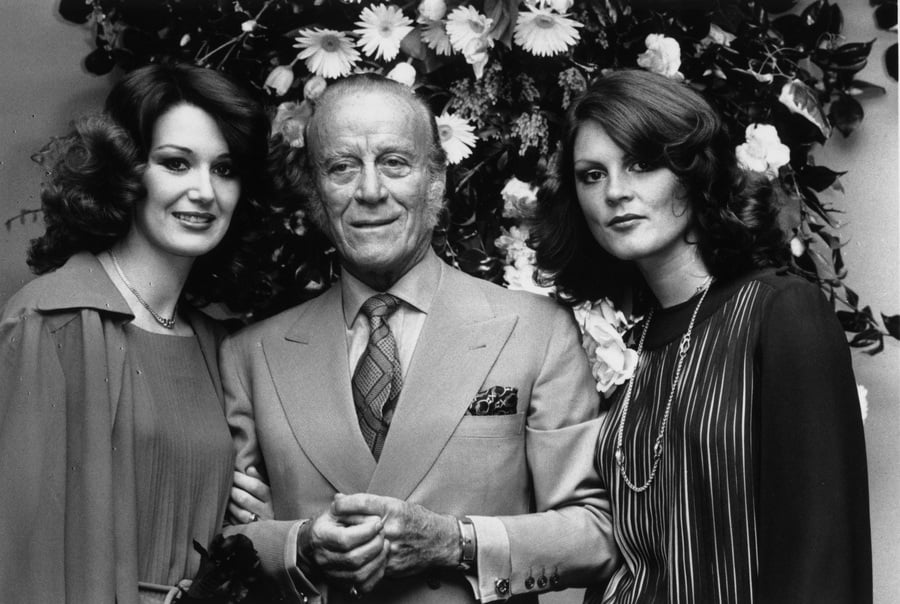 Tax Issues and Legacy: In the early 1980s, Aldo found himself in serious trouble with American tax collectors. He allegedly evaded $7 million in US taxes. He was 81 years old at the time. The I.R.S. got wind of the tax evasion charges thanks to Aldo’s nephew who was still fuming from the perfume debacle and other family beefs. He was sentenced to a year in prison. Aldo served his sentence at a Federal Prison Camp at Eglin Air Force Base in Florida.

For his defense, Aldo hired a young lawyer Italian-American lawyer named Domenico De Sole. Aldo was so impressed by Domenico’s work that he hired him to run Gucci America, Inc. Domenico discovered a young American designer named Tom Ford who would go on to become one of the most important figures in the fashion world. Domenico also clashed with Aldo’s nephew Maurizio Gucci who ran the parent company back in Italy. Maurizio had taken over the family umbrella company back in Italy when Aldo entered prison and after his father Rodolfo died.

In 1995 Investcorp divested itself of Gucci through an IPO and a private sale. In total they wound up making $2 billion on that $400 million investment.