The original English version of The Office is comedy gold. The mockumentary about a group of office employees working for a paper company is cringe TV at its finest. Although it only ran for two seasons, it was a huge hit. So big in fact, that America took a stab at re-creating the magic of Ricky Gervais and Stephen Merchant. Surprisingly the American version of The Office turned out to be a mega-hit. It ran for an incredible nine seasons and helped launch the careers of Steve Carell, Rainn Wilson, John Krasinski, and Ed Helms.

It’s both awkward but hilariously funny, with the battles between Jim Halpert and Dwight Schrute at the core of the show. The adventures of the crew at Dunder Mifflin have provided many laughs, both on and off the screen. The fandom is so big that the show has crossed over into the pop culture sphere. This means fans have been flooded with The Office memes over the years.

The fact that the series has found a new life on streaming services such as Netflix has also helped it find a new, younger audience. These are the people responsible for the hilarious Office memes you can find on the internet. These memes are often about certain characters, situations, or phrases from the hit show. Some are relevant to everyday life, while others are just plain old funny. If you are a fan of The Office you are sure to find these 30 memes hilarious. 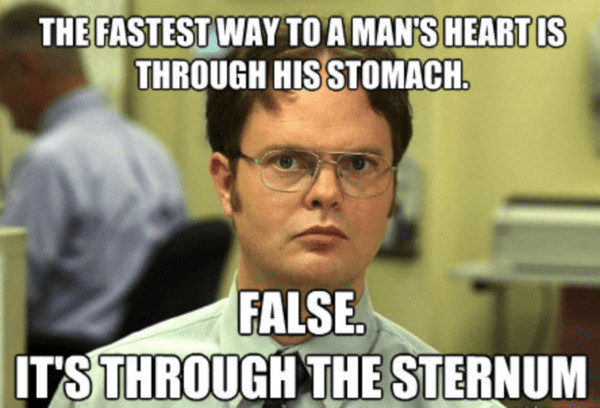 One re-occurring joke throughout the series is Dwight Schrute correcting his co-workers when they say something wrong. He would yell “false!” before explaining the truth. This led to numerous humorous moments in each episode throughout each season. Above is one of the more funny examples of this. 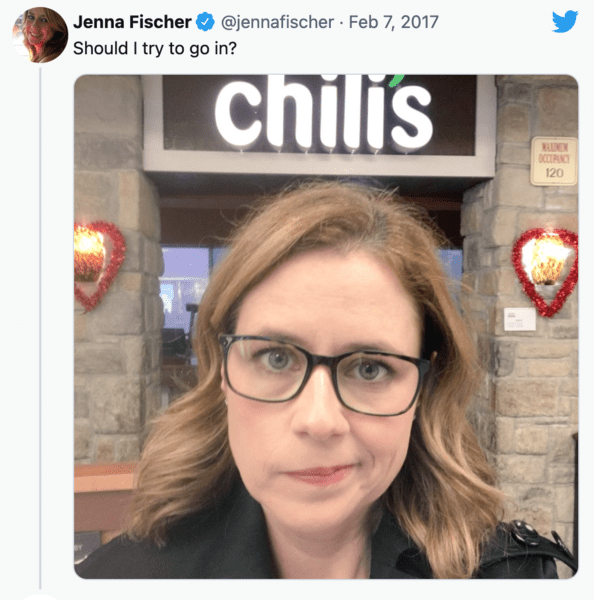 In the infamous first episode of season two, The DundiesPam Beesly is banned from Chili’s. But that didn’t stop her from taking to Twitter in 2017 and posting an image of her in front of the restaurant and asking if she should sneak in. This meta meme had Office fans in stitches. Even better was Chilis’ response, who lifted her lifetime ban. 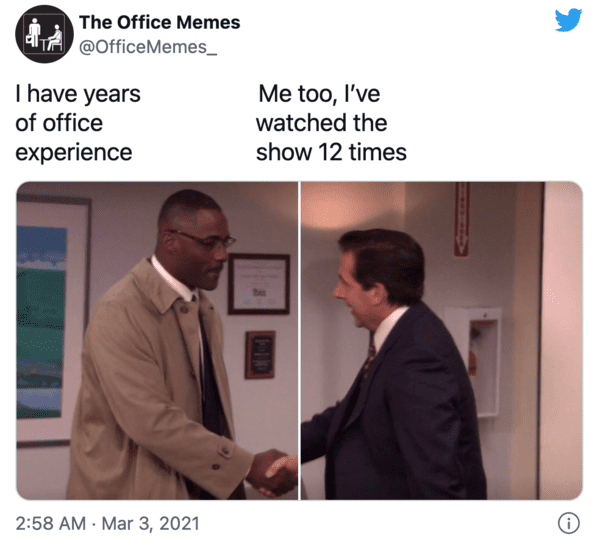 This is a funny Office meme that applies to most fans of the show. 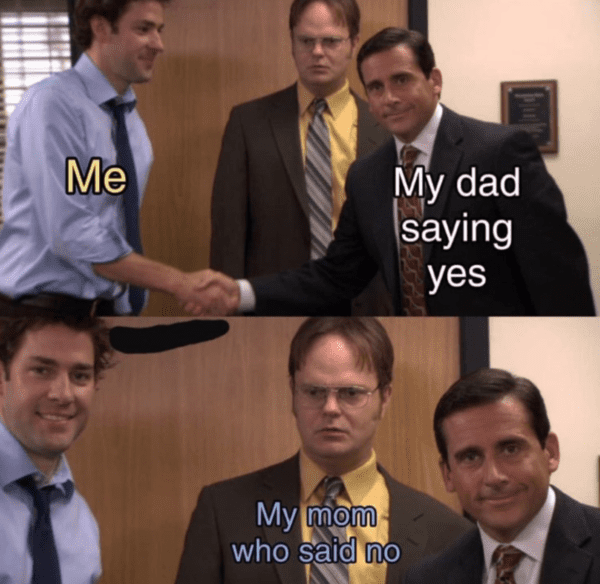 How often does this happen? Dad happily goes along with whatever you ask him while mom is in the background vehemently disagreeing. Good use of The Office characters resulting in this hilarious meme. 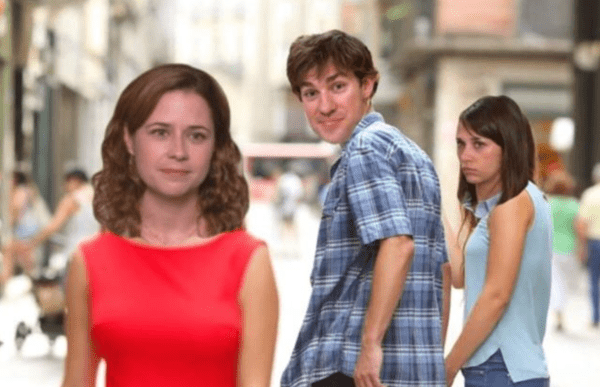 This funny meme alters the ‘distracted boyfriend meme‘ to fit The Office. Instead of a random guy looking over his shoulder at another woman. It features Jim looking at Pam while Karen looks on in surprise. Comedy gold.

6. The Office: Work From Home Edition 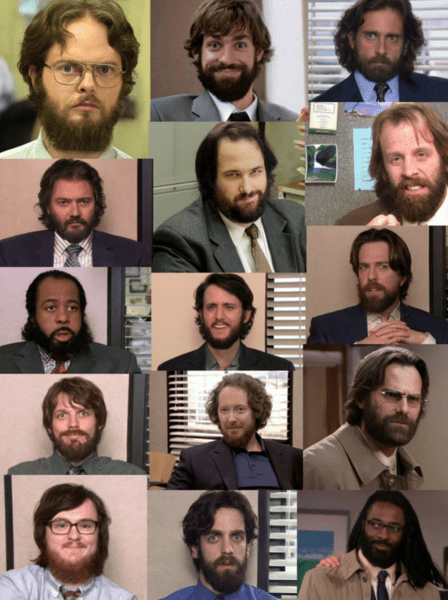 A true reflection of what many of us looked like during the pandemic while working at home. Kevin Malone is my personal favo