Studies and statistics have shown time and again that women are not represented in the private sector in leadership positions like men. For example, in Fortune 500 companies, only 8% of executives are women. Out of 500 CEO positions, only 41 of these CEO positions are held by a woman. Even more alarming is the small number of mothers who have a chance to climb the corporate ladder. This may be influenced by the phenomenon of maternal penalties, the maternal wall, prejudice and discrimination against mothers.

The maternal penalty explains that mothers, compared to women without children, tend to receive a penalty in their salary, perception of low competition and little accessibility to corporate benefits for each child they have. The difference in salary is so high that it sometimes exceeds the amount of difference between the inequality of pay between women and men. In addition to this “maternal penalty,” mothers in the workplace tend to face job losses where they are seen as people without dedication to their work, without dependency, without authorship, and more emotional than other women without children. The important thing to emphasize here is that these are prejudices, not that this is necessarily the reality.

These are one of the reasons why some women have been forced to choose between corporate success or success as mothers. Many of this type of discrimination towards mothers comes from the same society. This study, where 1,835 people interviewed, reported that society prefers that women not have children or postpone having children if they want to be successful professionally . Indra Nooyi, the Ex-CEO of Pepsi, has communicated how she had to hide her children under her desk or they had to sleep in her office in order to carry out her job and lead Pepsi . Even though being a mom didn’t stop her from being a great leader it has multiplied Pepsi’s earnings by more than 84%. Motherhood and leadership is seen in society as mutually exclusive even though we know that traits such as compassion and empathy that can be developed in motherhood are of great importance to be effective leaders.

This Wall Street Journal report shows that more recently during COVID-19 we can see the terrible reality of the lack of social and corporate support that mothers have. More than 1.5 million mothers have still not been able to return to work after resigning out of obligation for reasons such as the closure of children’s schools, the closure of daycare centers and the lack of flexibility and support of their workplace for them to be able to perform. your job and babysitting at the same time.

If your company is trying to be more inclusive and promote more women to leadership positions, I will give you 3 strategies for you to help mothers become part of your executive cabinet. 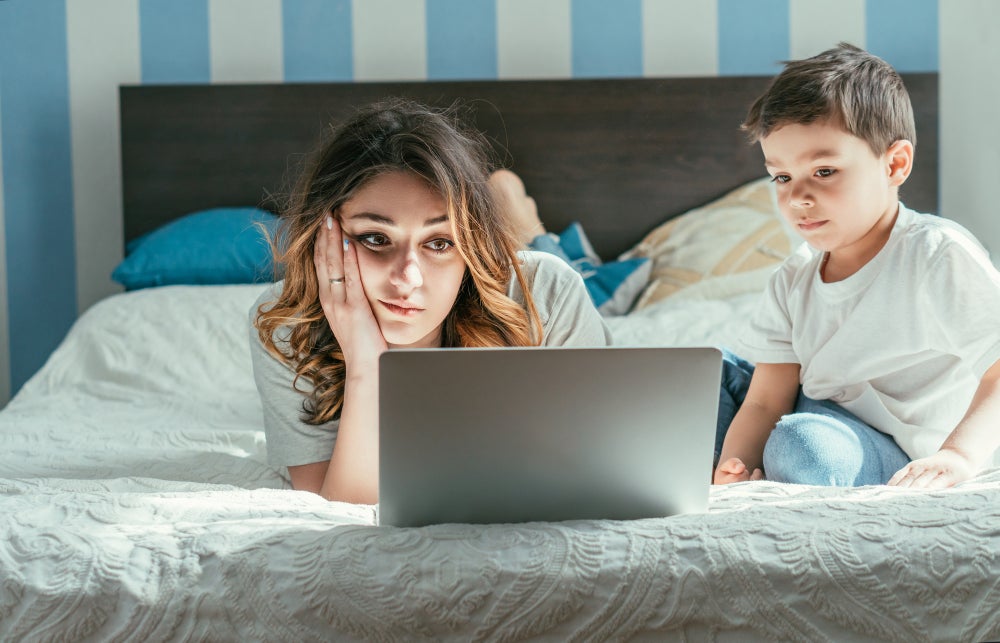 Women in general face a lot of prejudice and discrimination on their way to leadership / Image: Depositphotos.com

Women in general face many prejudices and discrimination on their way to leadership, such as the glass ceiling , where regardless of their credentials and their preparation, many women encounter an invisible ceiling in the company that prevents them from developing as professionals and many times they stay stuck in one position for several years.

Mothers often do not even come close to that ceiling, or the possibility of developing their career. This is due to the damage and perception towards mothers classified as the maternal wall , where they are victims of how employers assume that mothers are not competent or do not have enough time to work in their place of employment. In a Harvard Business Review article , she explains how this stereotype affects mothers’ trajectory in the company, where mothers are seen as housewives rather than professionals. They also stop being promoted, trained, and hired on the assumption that they don’t have time to be mothers and be excellent workers. To promote more mothers to leadership positions, we must eliminate these prejudices and do not assume that a mother does not have time to dedicate to her work. You can combat this in your company, creating effective communication links between managers and mothers so that the promotion of the mother is not interrupted by an assumption. Rather, it is recommended that managers proactively look for ways to offer support to help mothers who want to advance their careers to do so with institutional support.

In order to promote gender equality in leadership positions, in your company it is necessary that you have work events such as networking during the hours that the person usually works. When we hold events outside of business hours, the usual 9-5 hours, we leave out the possibility that people with responsibilities outside of work as mothers can attend. Networking events , where workers connect with executives from their company and their industry, are crucial for their professional development. At these events, employees can share with other workers, learn more about their role in their company, and connect with highly influential people who can become their job sponsors ( read here why creating sponsors for women in your company is important ).

26 Samples & Templates to Inspire You

A Simple Guide to Reaching Your Customers

The Ultimate Guide to Human Resources

How to write a Request for Proposal