Stranger Things has been a massive hit for Netflix over the past few years. The science fiction series harks back to 80s classics like E.T. and the writing of Stephen King. Set in a small rural town, the show centers on a group of kids who get caught up in a wide-ranging conspiracy. The Netflix series includes elements of the supernatural and paranormal and shady government operatives. It has become a pop culture phenomenon and one of Netflix’s most watched shows. It’s also produced some incredible Stranger Things memes.

Like anything that crosses over into the mainstream, Stranger Things has gotten the meme treatment since it debuted. These memes cover all seasons of the show and reference the main characters and plot points.

Part one of the fourth season has just hit Netflix so to celebrate, here are 20 Stranger Things memes to get you in the mood to watch. 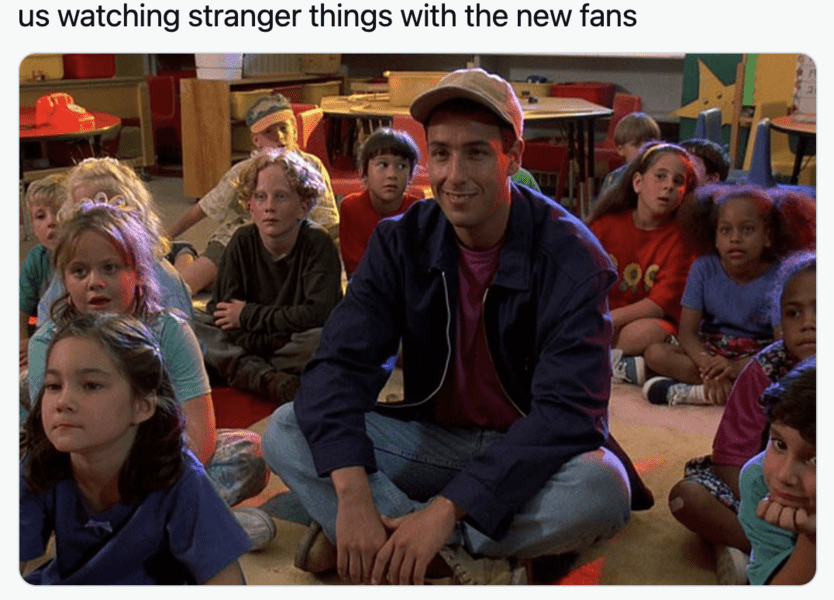 While Stranger Things has been going since 2016, there are still many fans who have only just discovered the series. This funny meme uses a scene from comedy classic Billy Madison to show old and new fans watching together. 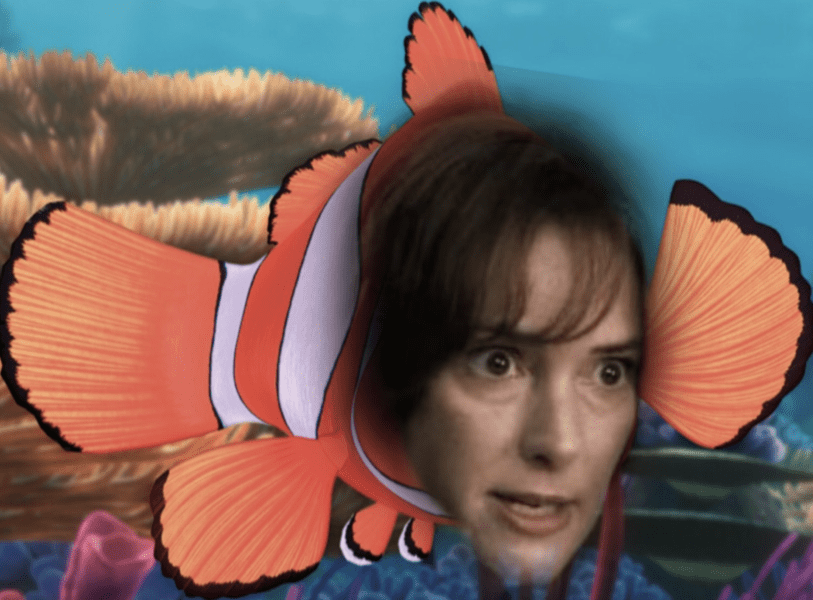 This meme compares Joyce Byers to Marlin from Finding Nemo. Both parents won’t give up on finding their child, no matter the circumstances. 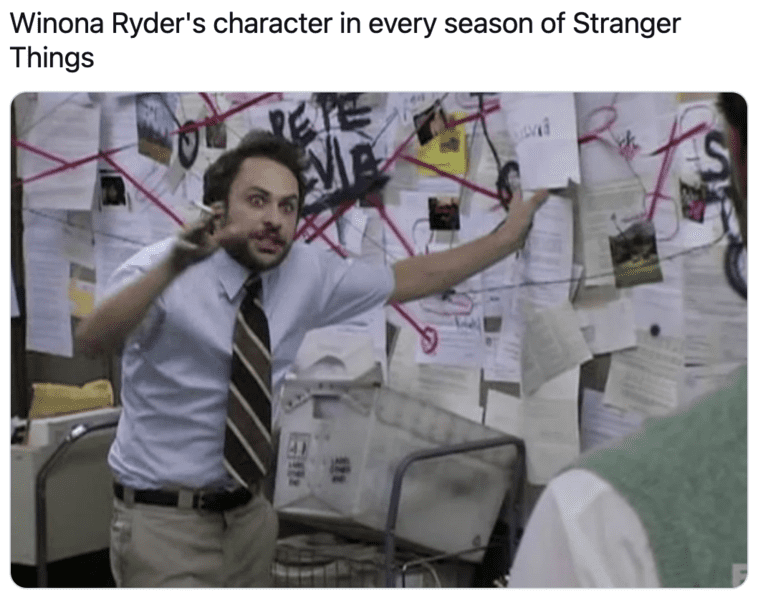 There are a lot of ideas floating around Joyce Byers’ head in every season of Stranger Things. This meme makes great use of another popular meme – taken from a scene in It’s Always Sunny in Philadelphia – to show the way Byers thinks. 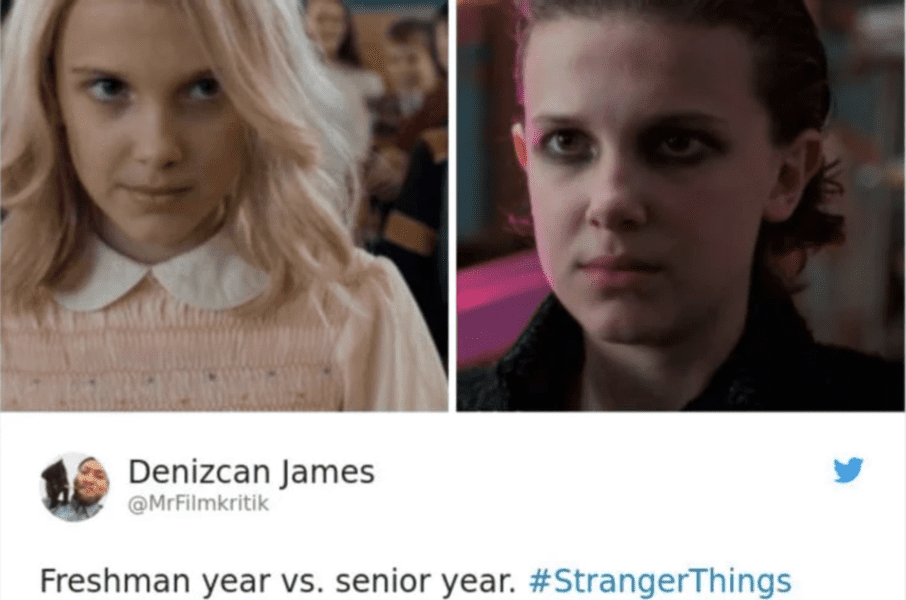 Here is another great meme featuring Eleven that pokes fun at how people change as teenagers. El goes from an innocent teen when she first starts high school to a strong-willed individual who takes no prisoners. You would not want to mess with her. 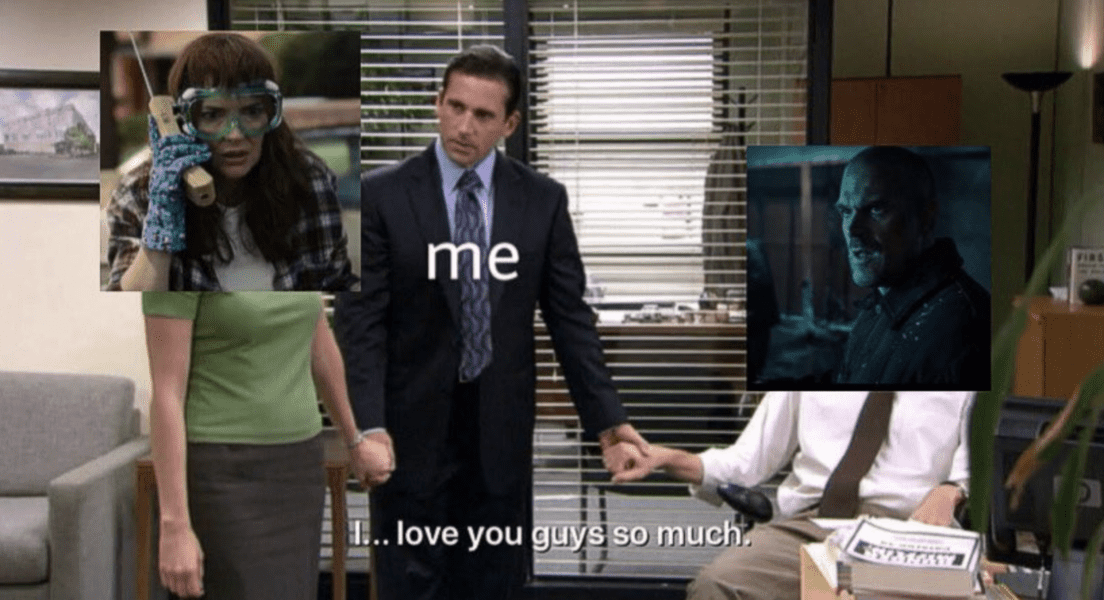 When all you want is Joyce and Jim to get together and be happy forever. So sweet. 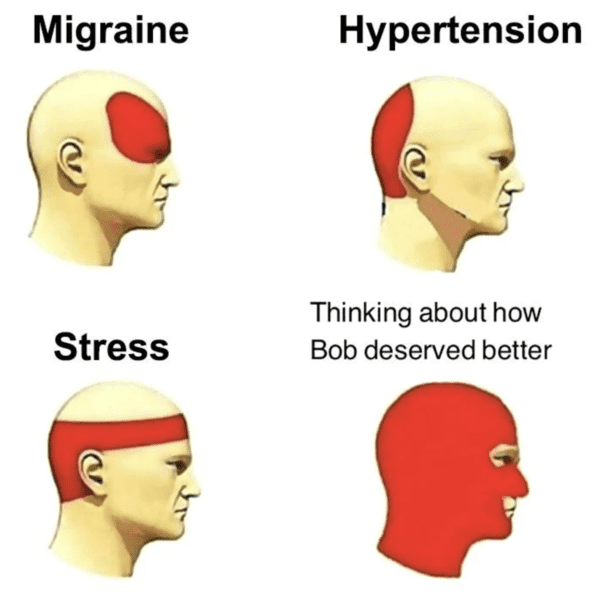 Bob Newby is the true hero of the second season of Stranger Things. While things might not have panned out the way fans wanted, as this meme observes, he’s still a favorite character of many fans of the series. 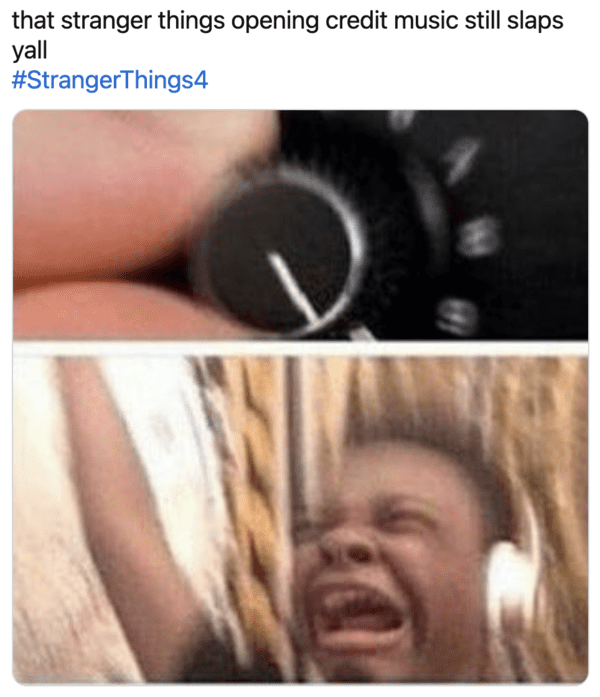 Whatever your thoughts on the show itself, you have to admit the Stranger Things theme song is a banger.

9. Hardcore Fans Are Next Level 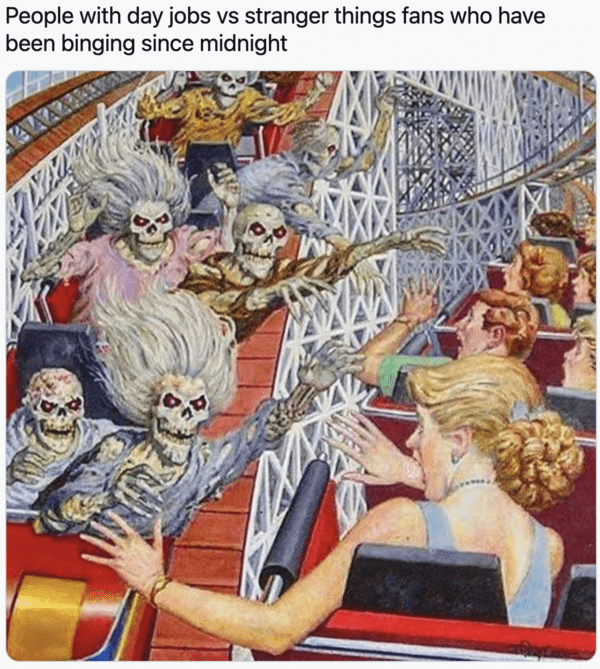 This is the difference between casual fans and hardcore fans. 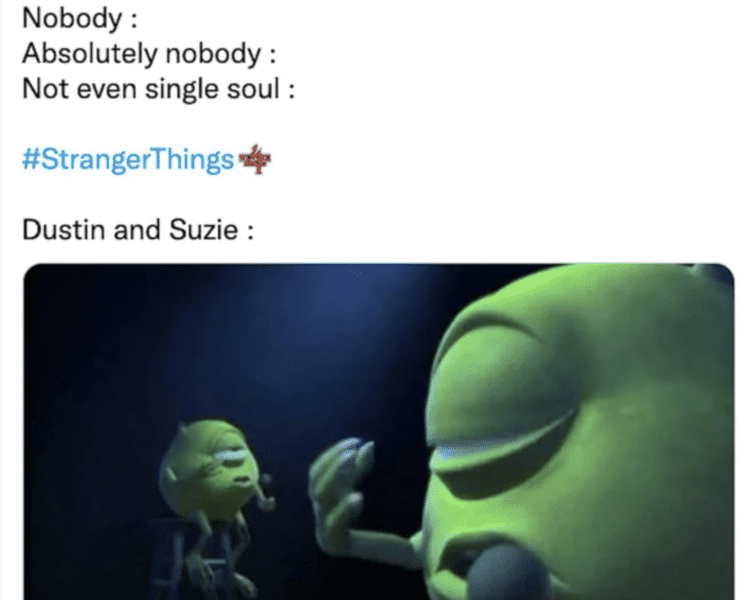 Nobody believes Dustin (Gaten Matarazzo) when he says he has a girlfriend. But low and behold, she turns up at the end of season three, much to the surprise of everyone. 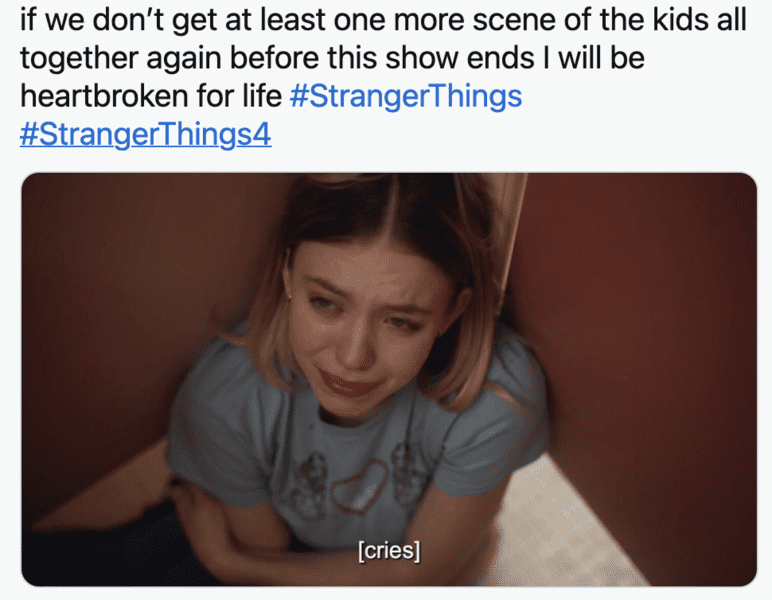 All fans want is to see the gang back together one last time. If you’re a Stranger Things fan you will understand this meme. It’s sure to hit you right in the feels. 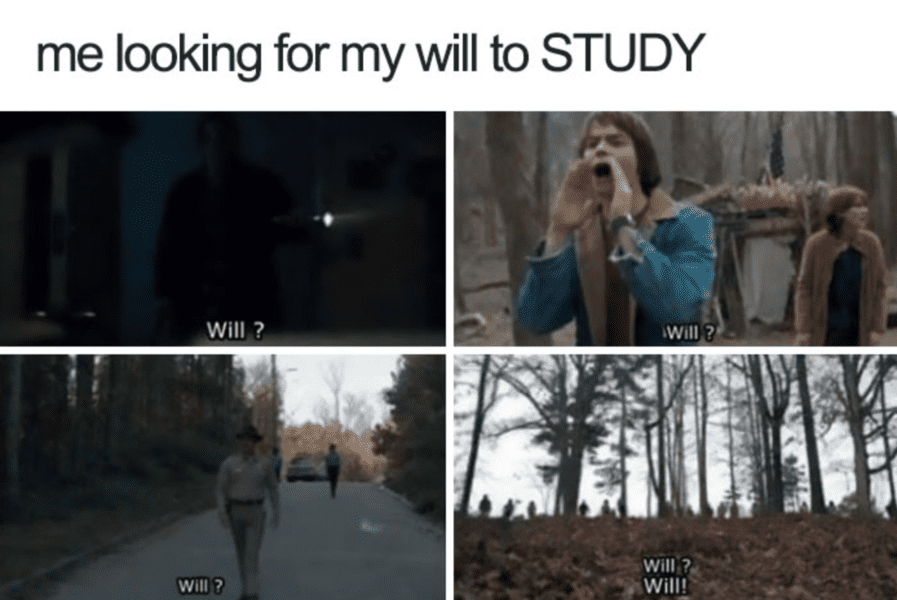 This is one hell of a relatable meme to anyone who struggles when it comes to studying.

A funny look at what the evolution of Eleven could be like in the Pokemon universe. 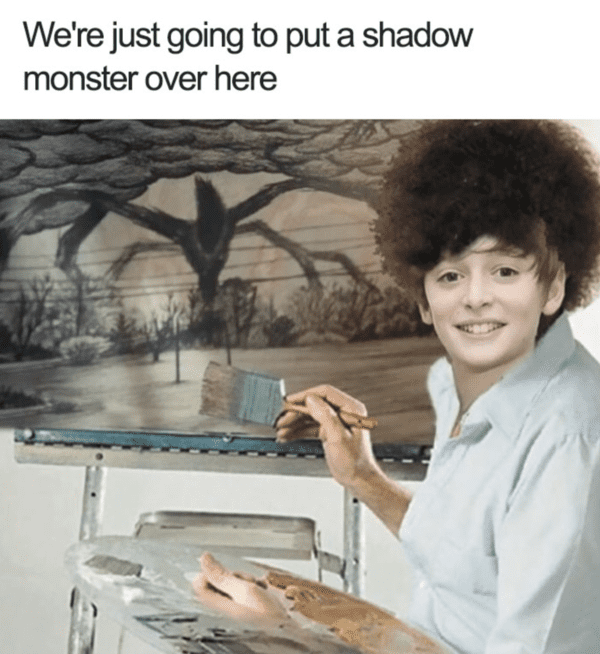 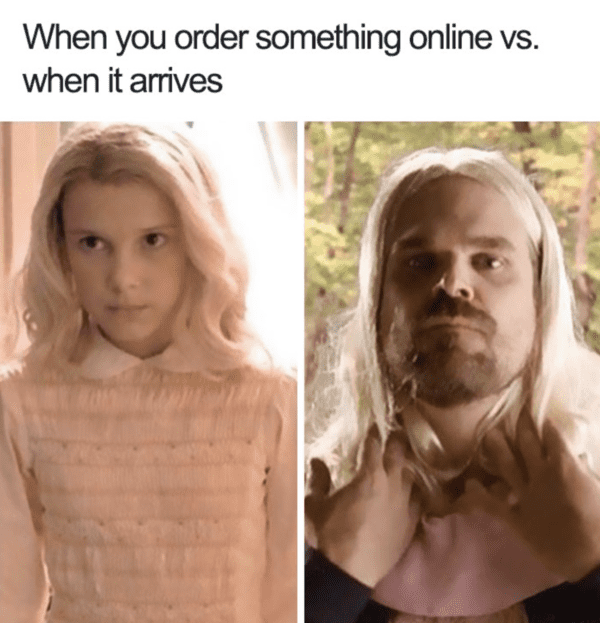 This meme is very relatable to anyone who has purchased something online and not got what you expected. 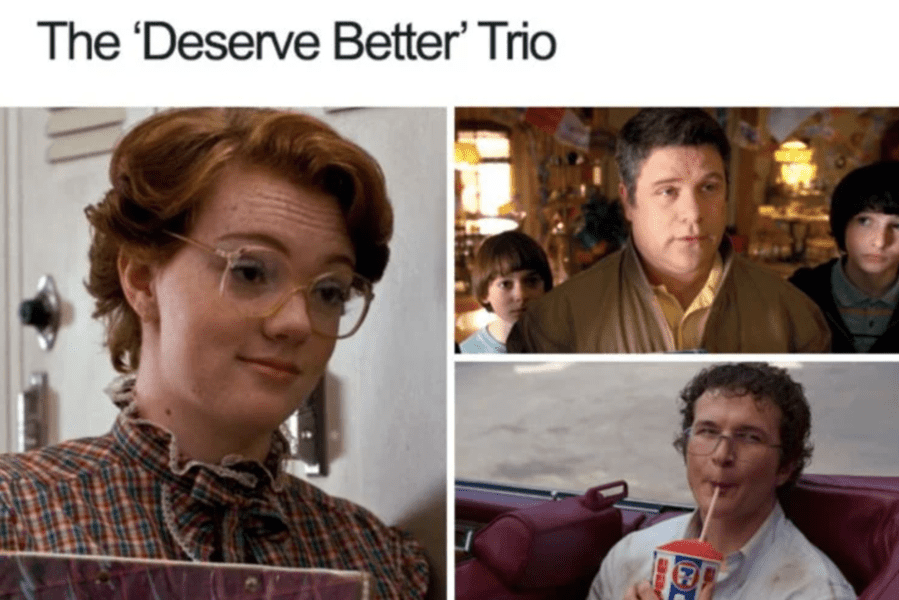 These three fan favorites certainly deserve better than they have got. 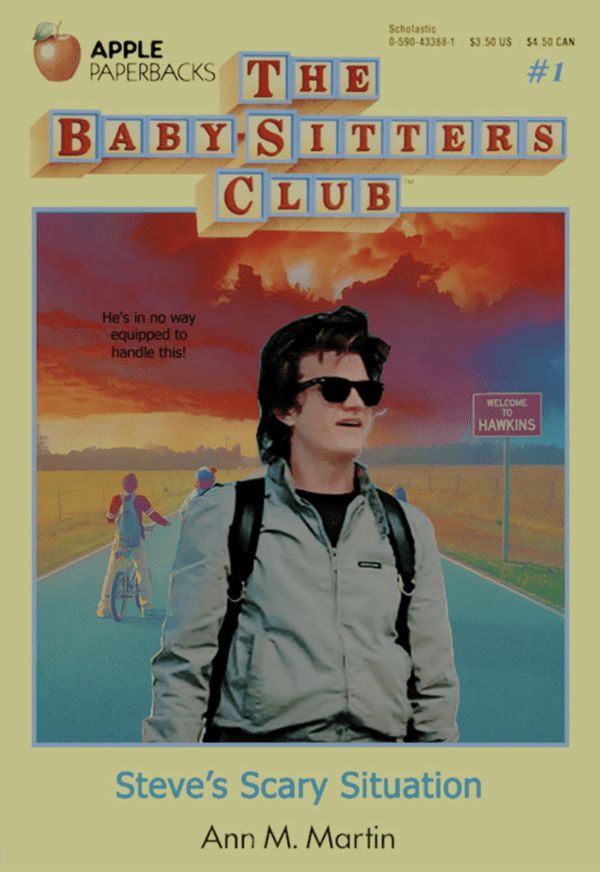 Who wouldn’t want to read this book? 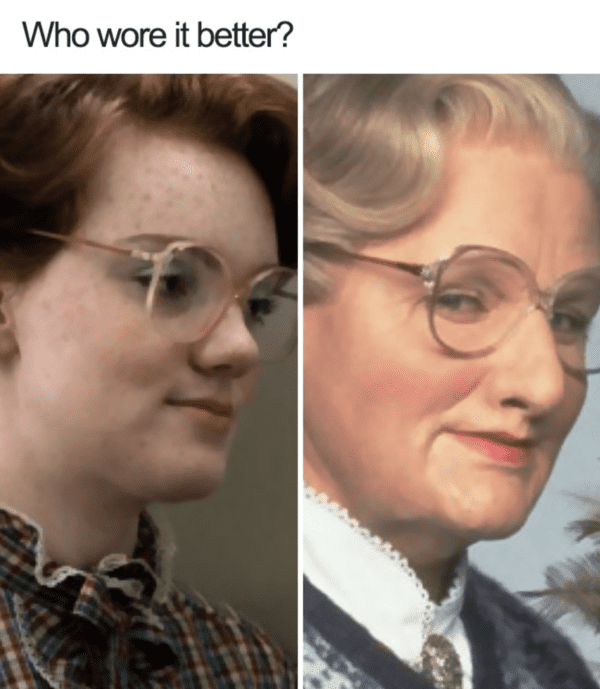 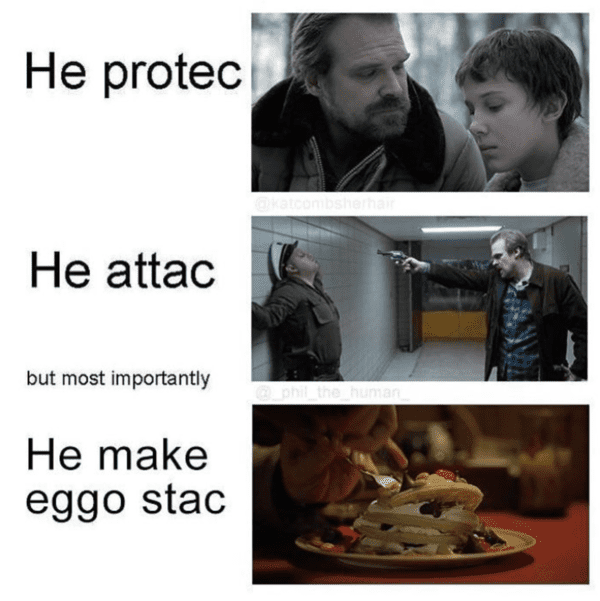 This take on the iconic ‘he protec he attac’ will give Stranger Things fans a good laugh. 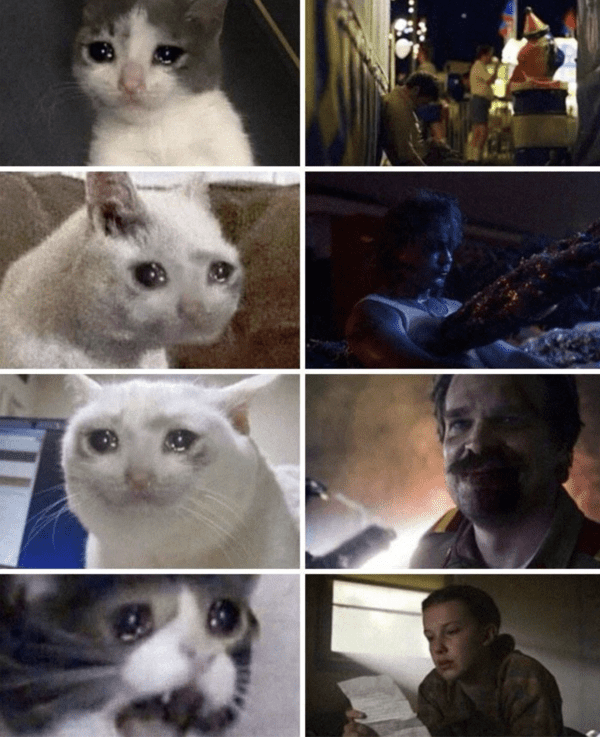 This meme perfectly sums up all the unfortunate events that have occurred throughout the seasons. It’s sure to bring a tear to your eye.