18 Awesome World Famous Festivals That You Must Experience In 2020

Every country in the world is known for its uniqueness, culture, language, and lifestyle, and festivals are one way of showing off that unique culture and heritage. They also play a pivotal role in bringing people with different religions, economic and social backgrounds together onto one stage where they can forget their differences and celebrate as one entity! In this article, we have listed some of the most distinguished and world famous festivals you should be a part of at least once in your life!

Take a look at all these amazing festivals of the world that will introduce you to a plethora of diverse cultures and traditions across the world and tell you how tiny a space you occupy on this planet. Pick the ones you’d like to attend on your next getaway! 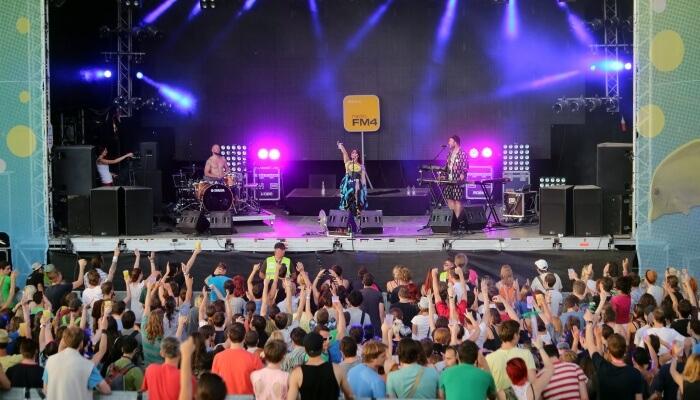 Vienna is home to some of the talented musical geniuses and it is now home to the biggest and most famous music festivals in the world. Donauinselfest is a popular music festival held every year on a beautiful island. This festival is attended by less or more, a whopping 3.1 million people every year. It is a free and open-air concert held at the beginning of every summer. The festival comprises more than 200 acts performed by various artists on around 11 stages.

Where: Vienna, Austria
When: June

Must Read: 10 Austrian Festivals to make your Austrian Trip Exciting And Vibrant 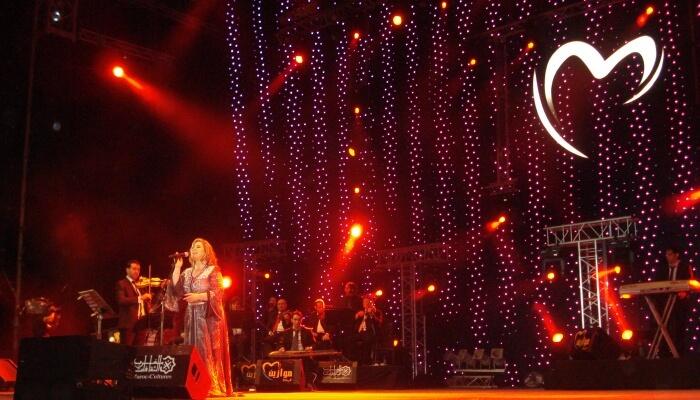 Mawazine Festival held in Morocco is a testament to how much Africans love to party and enjoy themselves. Organized in Morocco annually every year, this festival is attended by approximately 2.65 million people. Mawazine is known to organize huge acts performed by top artists both international and from Africa. Top performers include Justin Timberlake, Christina Aguilera, Rod Stewart, Amadou & Mariam, and Tinariwen. Mawazine Festival is a tribute to African music and was introduced to celebrate the Moroccan culture and arts, and is no doubt the most famous music festivals in the world.

Where: Rabat, Morocco
When: May

Suggested Read: 19 Best Places To Visit In Morocco In 2020 That Will Take Your Breath Away! 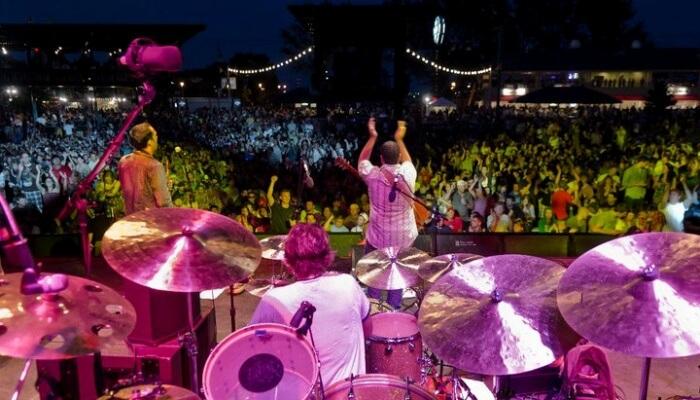 One of the cheapest, people’s parties and world famous festivals is the Summerfest. It is also one of the largest festivals in the United States and is organized for 11 days. More than 800,000 punters and 800 acts are conducted every year during this festival. In 2017, this festival celebrated its 50th birthday with Pink, Bob Dylan and Red Hot Chili Peppers.

Where: Milwaukee, Wisconsin, USA
When: June-July

Suggested Read: Places To Visit In Wisconsin: 10 Places You Must See In This State Labeled ‘America’s Dairyland’

Performed by various artists and musicians, it is one of the most famous jazz festivals around the world. Every year organized for 10 days in Canada this festival is ranked as the globe’s largest music festival. Every year this metropolis trumpets with liveliness where all the jazz aficionados groove and enjoy. Held annually every year, this festival features around 3000 artists who perform their best pieces across various places. This festival is attended by more than 2 million visitors, both locals and tourists. The concerts of this festival are held in a wide variety of venues, including the downtown business corridor, free outdoor stages to indoor concert halls. 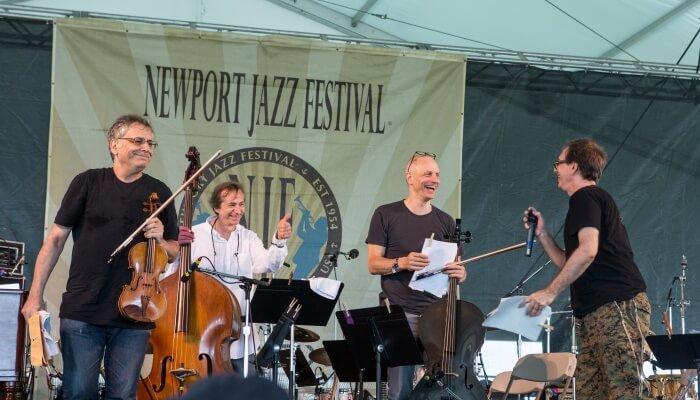 Another in the list of the famous jazz festivals around the world is the Newport Jazz festival. This mega jazz event of America was founded back in 1954 by Elaine Lorillard to introduce jazz in Rhode Island. George Wein was hired to organize the first festival. Held every summer, this festival attracts jazz lovers from across the world and stays in the bucket list of many. Live music performed by the biggest artist of jazz, together with the scenic seaside allure is sure to leave you imprinted with many memories.

Suggested Read: Have you Taken These 12 Best Fall Foliage Train Rides In The United States Yet? 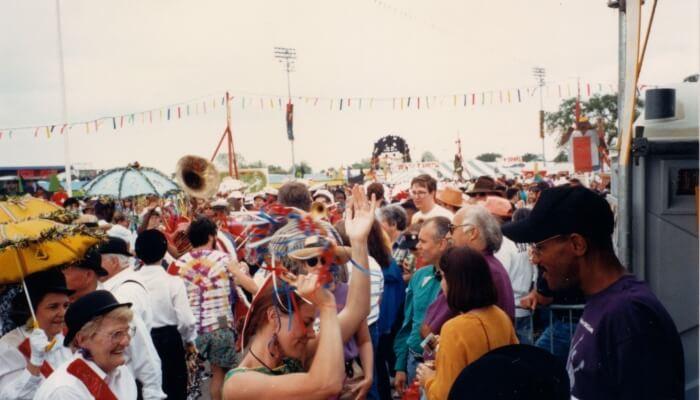 New Orleans is known for its vibrant live-music scene, nightlife, and spicy cuisine. Besides this, it is also known for its oldest and world famous festivals – New Orleans Jazz and Heritage Festival. This festival shows an incredible diversity of blues, gospel and jazz that are influenced by the African-American culture and history. However, this festival is a major tourist destination and economic importance for New Orleans.

Suggested Read: 6 Things To Do In New Orleans That Make It The Coolest City In Louisiana 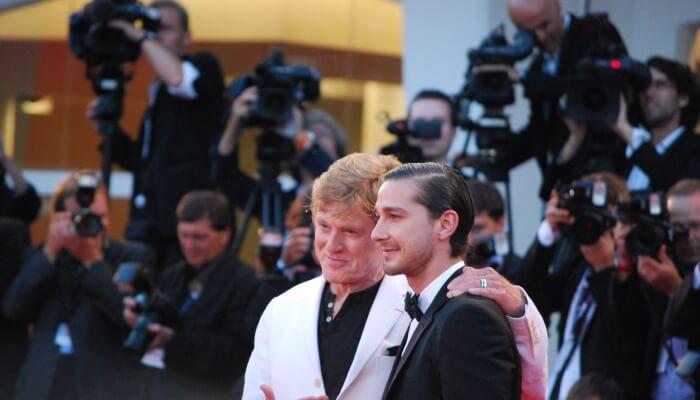 Held annually every year, the Venice International Film Festival is a cultural event and one of the most famous film festivals in the world. Passion for arts runs through Venice and this festival is a clear example to prove that. Dating back to 1932, this festival is one of the oldest events in the city and the world. The festival is managed by the Italian foundation – Biennale and they also manage several events that are dedicated to theatre, architecture, music, dance, more. Some of the exceptionally great movies that debuted this fest and become big hits are Gravity, La La Land, The Shape of Water and Roma.

Where: Venice, Italy
When: September 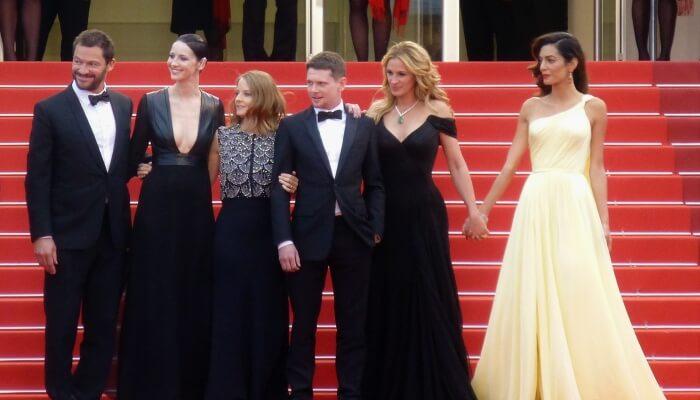 Another in the list of most famous film festivals in the world is this exclusive film event that graces the city Cannes. Attended by a number of huge celebrities and rising stars, the Cannes film festival is a grand event organized every year. The festival’s award, the Palme d’Or is a greatly desired and dream of every artist. You can see a lavish red carpet swarming with these famous and well-dressed celebrities and hopeful contenders near the city’s yacht-lined harbour for this award. Besides the screening of the new movies, Cannes has also become a great platform for many attendees to share the message of gender equality in the entertainment industry.

Where: Cannes, France
When: May

Suggested Read: Camping In France: Set Off Bustling Road And Take The Unexplored Trails In 2020 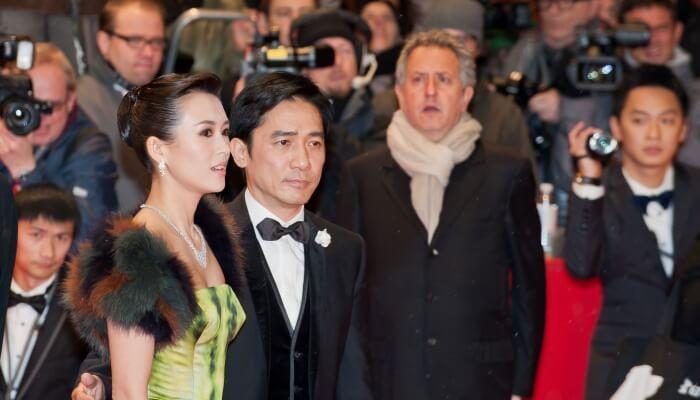 Honouring all the greatest films around the world, this festival is held in the party place and artistic capital of Germany. Open to the public this festival is also referred to as the Berlinale film festival – the real moniker of Berlin. Every year this festival screens 400 films each year and attracts a huge crowd including both celebrities and commoners. In 2018, around 3,700 journalists, 18,000 film professionals, and thousands of the general public attended this event.

Where: Berlin, Germany
When: February

Suggested Read: Berlin In December 2020: A Guide That’ll Help You Discover The Eclectic City In A New Light 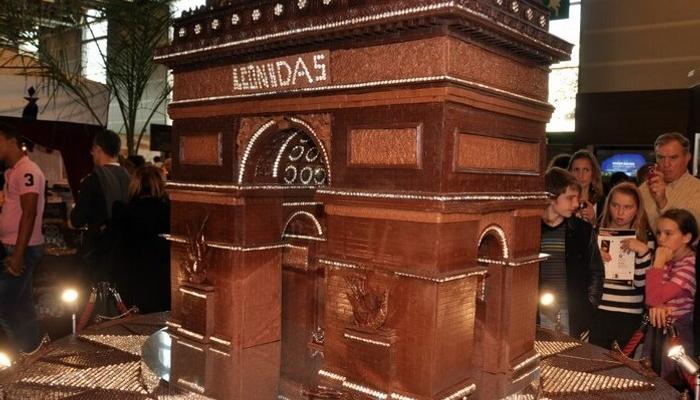 Chocolate is loved by all and you see many festivals organized around the globe but nothing can beat this one. Ecuador is the producer of top-quality chocolate in the world and this festival is certainly the best to try them. Also, the chocolate sculpture competition is held at this festival, which is a delight to watch.

Where: Quito, Ecuador
When: June

Suggested Read: Top 15 Places To Visit In Ecuador For A 2020 Megadiverse Tour In South America 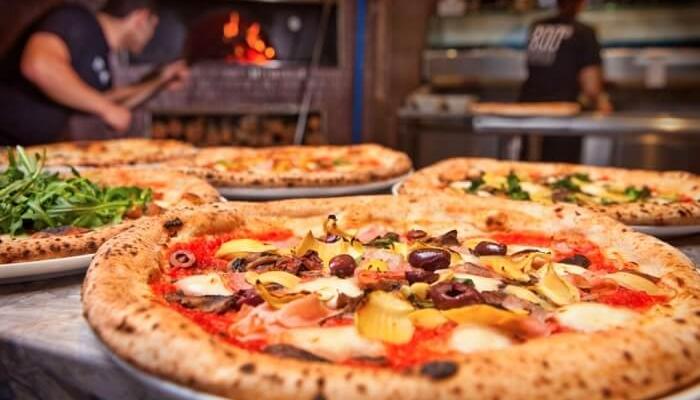 Italy is the birthplace of every second person’s favourite – Pizza. Every night in the month of September, Naples becomes a pizza village, where more than 100000 pizzas of different kinds are consumed by visitors. Pizzafest is certainly the best place to try the yummy, classic and 50-odd historic version of pizzas.

Where: Naples, Italy
When: September 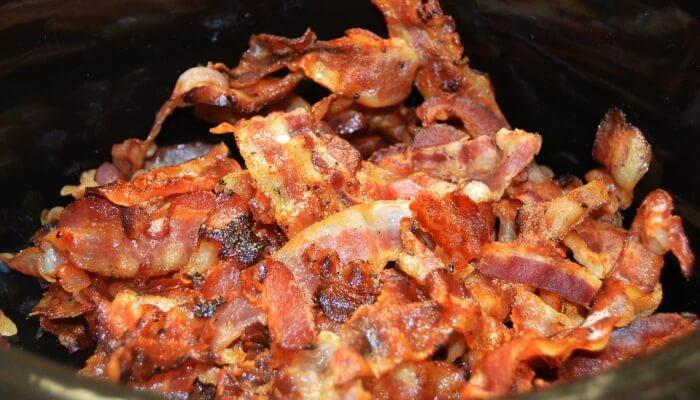 Come and be the guest at one of the world famous festivals that is held on the open streets of Sacramento. Serving great dishes such as bacon gelato, bacon tater tots, bacon ramen and bacon salad on offer, no wonder this fest is popular among the bacon lovers.

Where: Sacramento, California
When: March-April

Suggested Read: These Enthralling Hikes In Northern California Are The Storehouses of Nature’s Miracles 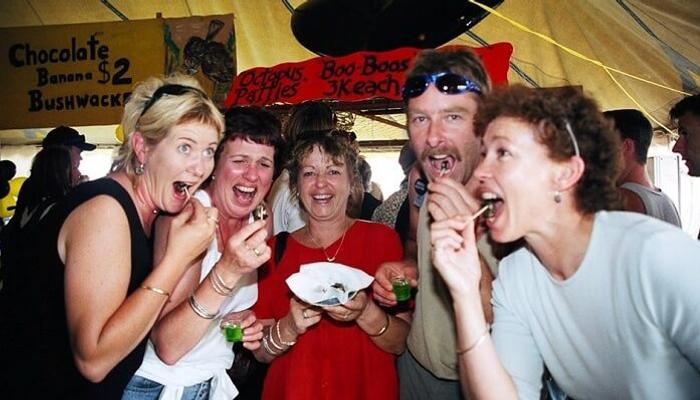 All the non-vegetarians who never shy away from trying something new, which they have never seen or heard of, then, this festival is just for you. Offering a variety of food, that probably is not cooked for our regular meals, this festival is feasted by many visitors. Seagull eggs, mountain oysters, possum cutlets, beetle grubs, earthworms, frog legs, and snails in garlic are some of the dishes that can be found here.

Where: Hokitika, New Zealand
When: March

Suggested Read: Canyoning In New Zealand Is Not For The Faint-Hearted, Here’s Why! 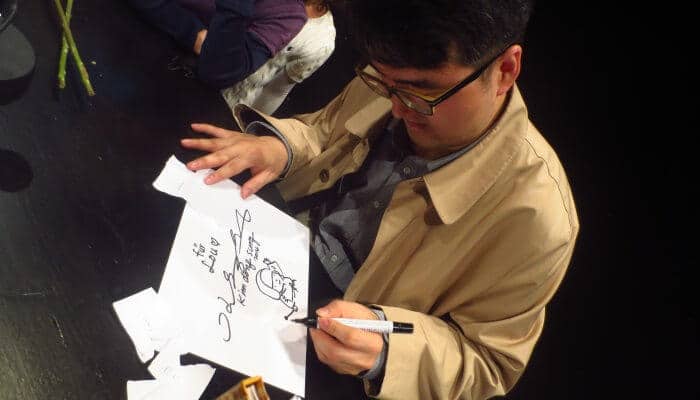 Come to this 12-day festival if you are a true book lover and want to know about everything innovative and new in the world of literature. You will find everything from the latest prose, poetry, children, adolescent, and fictional literature under one roof. Many new writers show their work and also premiere reading at this festival.

Where: Berlin, Germany
When: September

Suggested Read: 7 Must Visit Places to Plan Your Day Trips from Berlin 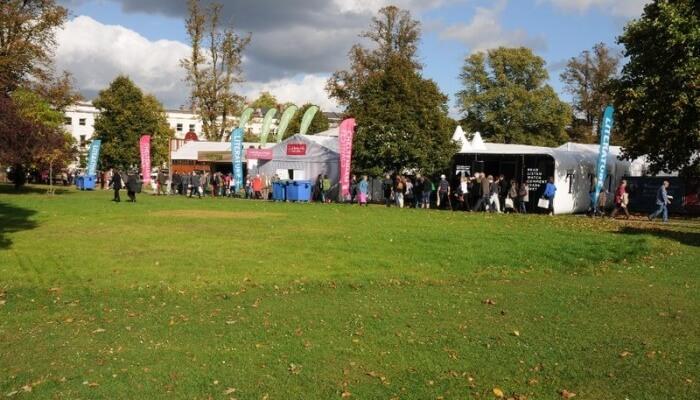 Eagerly anticipated event of Cheltenham, this festival run for 10 days has been commanding the attention of a huge crowd since 1949. Over 600 local and international debaters, opinion-formers, authors, actors, and poets showcase their work. You can indulge in reading and book signing, debate or bring kids to watch their favourite story-book characters.

Where: Cheltenham, England
When: October 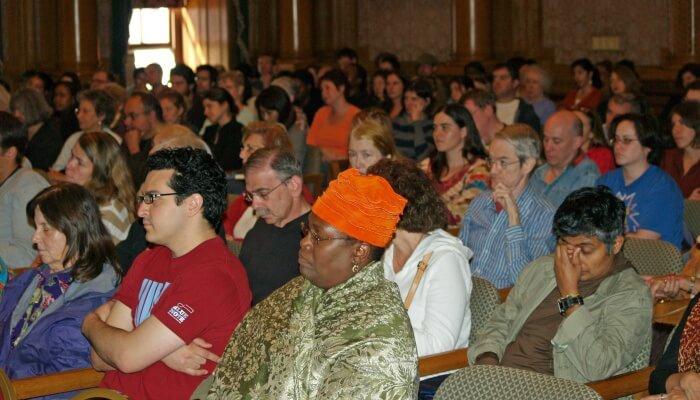 This is one of the world famous book festivals held at various places across Brooklyn and is the largest free literary event too. Run for a week, this festival attracts loads of bookworms from around the globe. You can meet your favourite authors, get the books signed and also find many emerging writers. The Saturday Children’s Day and Sunday Festival Day are a few other highlights of this festival.

Suggested Read: Summer In New York: A Travel Guide To Follow During This Season 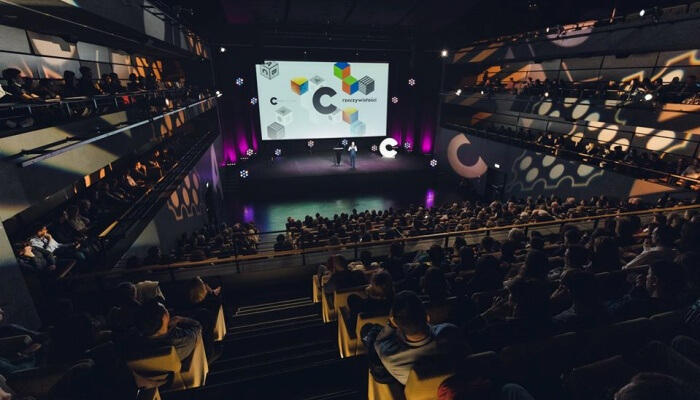 Conrad book fest is the largest literature festival in central Europe and is dedicated mostly to the budding talents in literature. Several musicians, artists, actors, and others who are interested in culture also attain this festival. This festival hosts a variety of literature from polish to international dedicated to poetry, fiction, non-fiction, prose, and children’s literature. Each year one emerging author is presented with the Conrad Award too.

Where: Poland, Europe
When: October

Suggested Read: 10 Best Festivals In Poland That Showcase Its History And Traditions In 2020 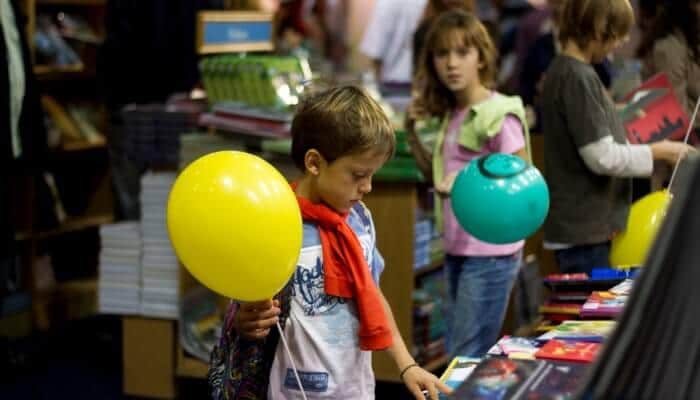 Another world famous book festival you can attain is this 20-day event held in Buenos Aires, Argentina. Visited by more than one million participants and visitors every year, this festival is held on the grounds of the Argentine Rural Society. About 500 exhibitors are spread over this 450 sqm ground and offer the best to every age group.

Where: Buenos Aires, Argentina
When: October

In today’s world, it gets difficult for people with hectic schedules to experience the joy of discovering new cultures and traditions. Which is why we suggest you take a vacation to the most wonderful destinations of the world and witness these vibrant world famous festivals at least once to know what you’re missing out on in your daily routine. And if we missed out on any important festival in this list, let us know in the comments below.

Q. What is the best celebration in the world?

Q. What is the biggest festival in the world?

A. Glastonbury Festival is held in Somerset, the United Kingdom is the world’s biggest festival in the world.

Q. How many festivals are there in the world?

A. There are around 35 best festivals in the world, each celebrated in a different and unique way.

Q. Is Coachella bigger than Glastonbury?

A. Well, Glastonbury is bigger in size than Coachella but a larger number of crowd attains Coachella.