Hyperrealism is the name given to a type of painting, drawing, or sculpture that resembles real-life images. These eye-catching creations look almost identical to high-resolution photographs. It’s almost impossible to tell that they are made using a pencil or paintbrush. This type of artwork is relatively new, only coming to people’s attention in the 70s. During that time hyper realistic drawings and paintings became recognized by the art world, with many American artists leading the charge. 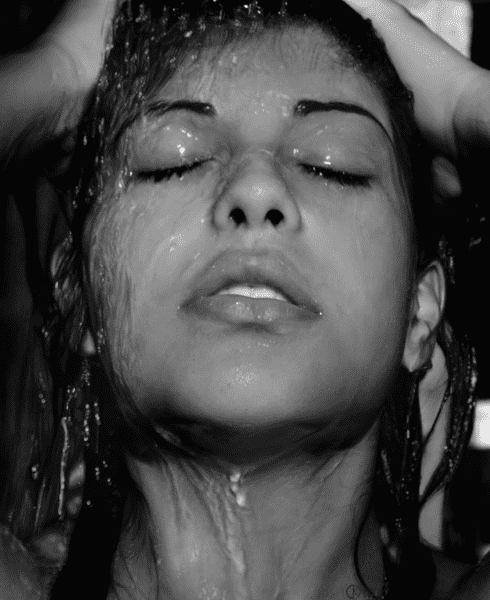 This is the drawing that kick-started Diego Fazio’s career. The realistic drawing is of a woman seemingly under the shower. It’s incredible to think that this drawing isn’t actually a real photo. The Italian artist is self-taught and uses pencil and paper to create his amazing artwork. His art has been shown internationally and Fazio has won many awards for his stimulating projects. 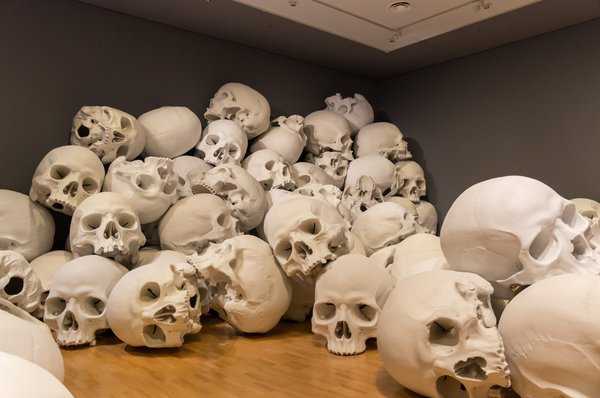 This hyper realistic art display is by Australian artist Ron Mueck. It contains a collection of large skulls sculptured by Mueck. Currently on display in Melbourne, Australia, these skulls come in all different shapes and sizes, with some twice the size of the average human. Mueck has had a long and successful career in the world of sculpture. He often focuses on the human body and always delivers art that challenges the norm. 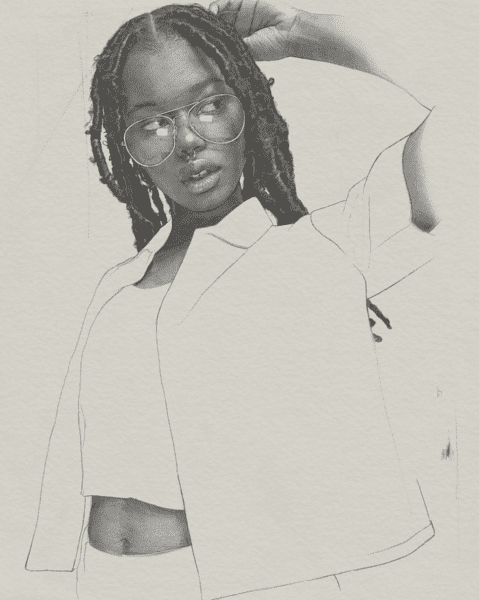 Based in New York, Japanese artist and illustrator Kei Meguro is another amazing artist crafting realistic prints. Her contemporary drawings are both life-like and eye-catching. She posts her work on Instagram where she often lists the tools she uses for each drawing. In the case of this beautiful pencil drawing, Meguro used a charcoal graphite pencil on Bristol paper. While she specializes in black and white drawings, she does add a dash of color now and then to mix things up. 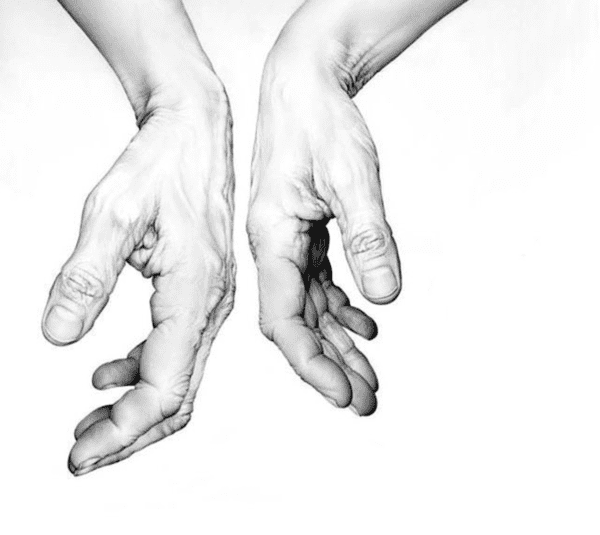 Cath Riley is a UK artist who has been drawing hyper realistic pictures for several decades. Her monochrome drawings often focus on the human body. The above image is one of many examples of her pencil art, showing a detailed pair of hands. Riley has an Embroidery and Master’s Degree in Fine Art from Manchester Polytechnic. While best known for her drawings, she’s also built several famous 3D sculptures that have been shown in galleries throughout the world. 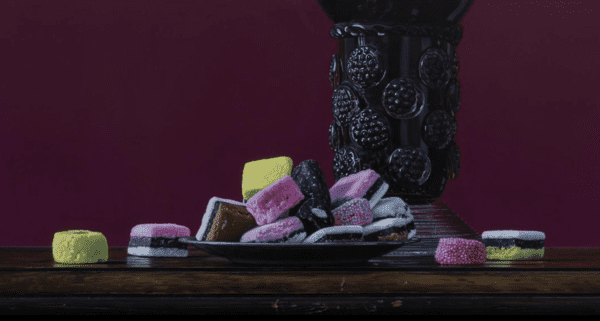 Looking at Jason de Graaf’s art, it is nearly impossible to tell they aren’t actual real-life photos. His paintings are unbelievably photo realistic, but as he has mentioned, the “goal is not to reproduce or document faithfully what I see one hundred percent, but to create an illusion of depth, volume, and a sense of presence not found in photographs.”

The illustration above is another great piece of art from this talented artist. It looks so lifelike that you just want to reach out and grab the lollies and gobble them down. 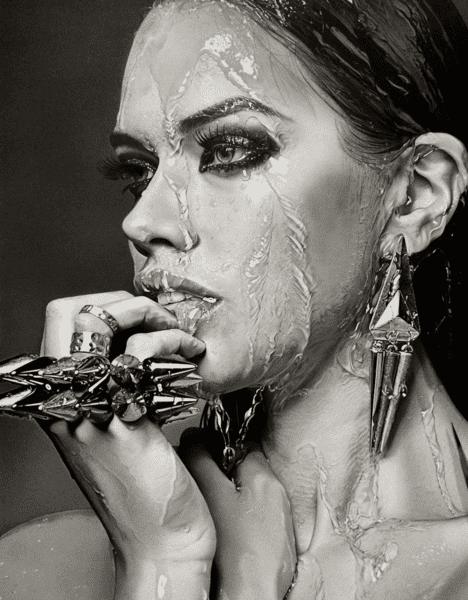 Japanese artist Kohei Ohmori is said to spend up to 200 hours on every piece he creates, which is wild. He is another fantastic artist who dabbles in photorealism. His drawings are based on everyday objects, such as watches, shoes, and beer cans. He uses graphite pencils and manages to capture intricate details of the objects he is drawing.

While the human form isn’t his forte, he did impress many with his hyper realistic portrait of British model Sophia Blackbrough. It took him about 250 hours across 85 days using just a pencil. Amazing. 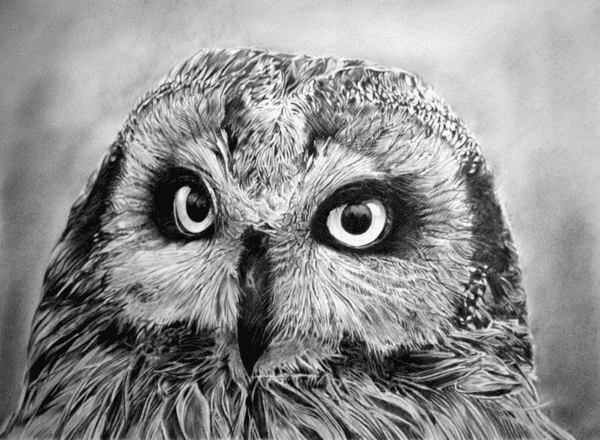 Italians love to draw. Franco Clun is another artist from the land of pizza and pasta who has made a name for himself with hyper realistic drawings. Clun works on watercolor paper and often takes 50 hours to complete his works. He is also self-taught, which makes his drawings even more impressive. If you like the example of his work above, you can check out more of his drawings on his Deviant Art page. 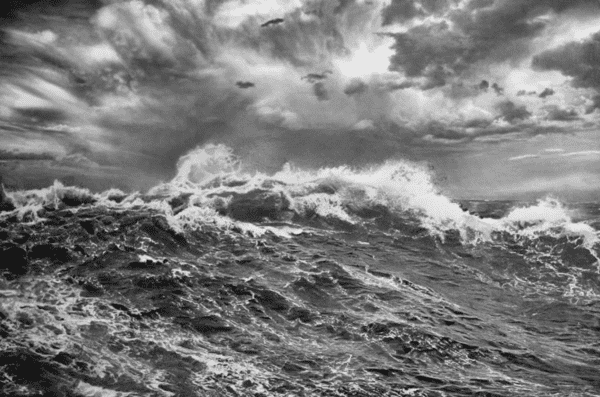 The more you look at these drawings the harder it is to believe they aren’t real. Paul Cadden is a Scottish gent whose accurate depiction of landscapes and people will astonish. His work creates an illusion of a new reality inspired by real life. He has produced many notable drawings that sell for big bucks. 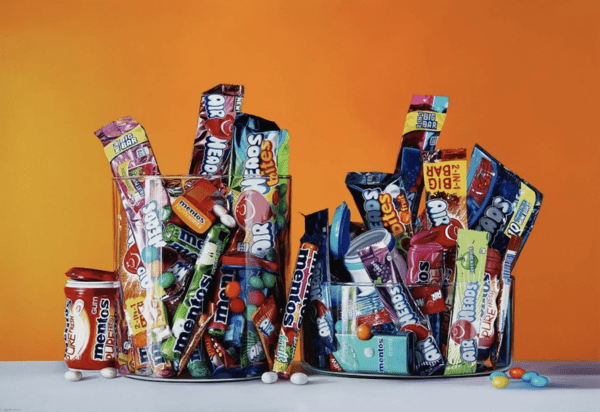 Another Italian, Roberto Bernardi is a photorealist painter. He has been painting and drawing since the 80s. Bernardi started off with landscapes and portraits before eventually graduating to hyper realistic drawings, paintings, and sculptures. He loves to paint kitchen appliances and sweets, like lollipops and chocolate bars. His work has been displayed all around the globe and won Bernardi many awards.

10. The Machine Man 1 by Arinze Stanley 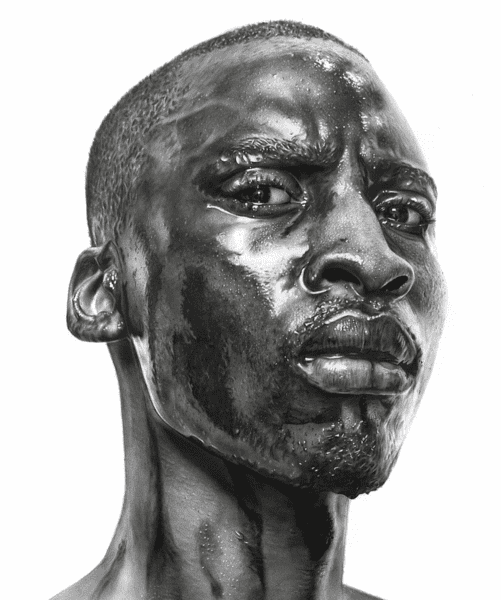 Working with charcoal and graphite on paper, Arinze Stanley is well known for his hyper realistic drawings. Unlike many artists who work in this area, Nigerian artist Arinze Stanley infuses his work with political and social themes. The activist’s drawings touch on racism, slavery, and feminism.

The drawing above was made using charcoal, ink, and graphite on paper. It’s just one of many hyper realistic contemporary art pieces that can be found on Stanley’s Instagram account. 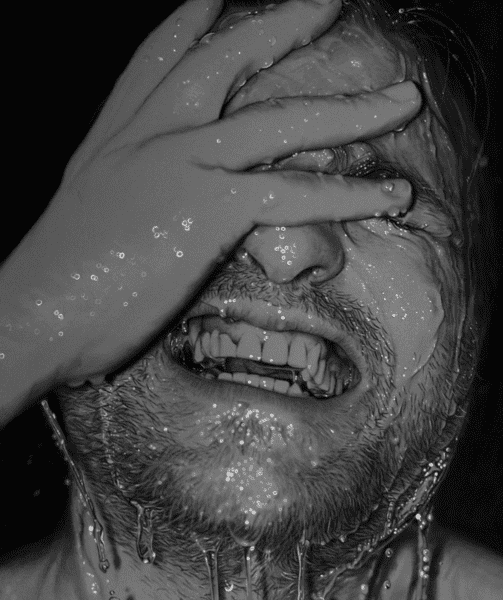 Dirk Dzimirsky has been crafting hyper realistic drawings for more than a decade. The German artist has honed his technique over the years and is another self-taught artist. In an interview with Art Week, he detailed what he uses when drawing. “I work on gray paper using graphite and carbon pencils for the shadows and a white charcoal pencil for the lights.”

He takes inspiration from photographs of real-life people that he studies. It takes him between two to four weeks to draw the image and then a further there to six weeks to paint it. As well as drawing, Dzimirsky also teaches classes on hyper realistic drawing and dabbles in music. 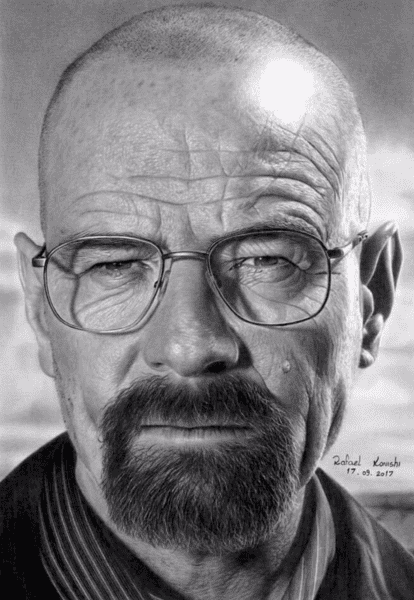 Drawing since he was a child, Rafael Konishi is a Brazilian artist known for his hyper realistic drawings. He used to draw a lot of Manga artwork before graduating to hyper realistic pictures. Konishi doesn’t limit himself to a certain type of image when it comes to his drawings, although portraits seem to be a favorite. Many of his most recent works are of famous actors and actresses, including the drawing above of Walter White (Bryan Cranston) from Breaking Bad. 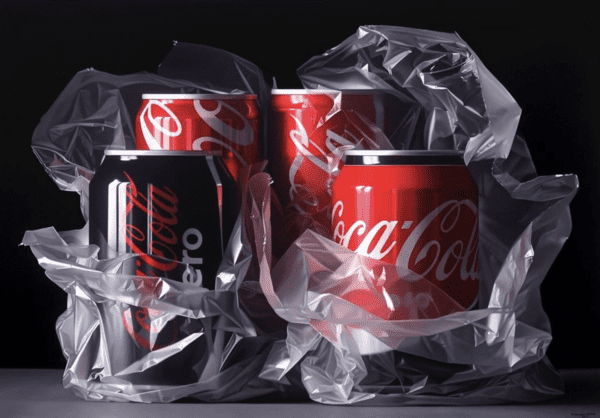 Pedro Campos has his work presented by Plus One Gallery in London. He didn’t take up oil painting until he turned 30 and hasn’t looked back since. His work incorporates a pop aesthetic familiar to those fans of Andy Warhol. While he bases his paintings on photos, he tries to capture unseen details and intricacies that help make his creations unique. As you can see from the painting above, his work is hyper realistic art. 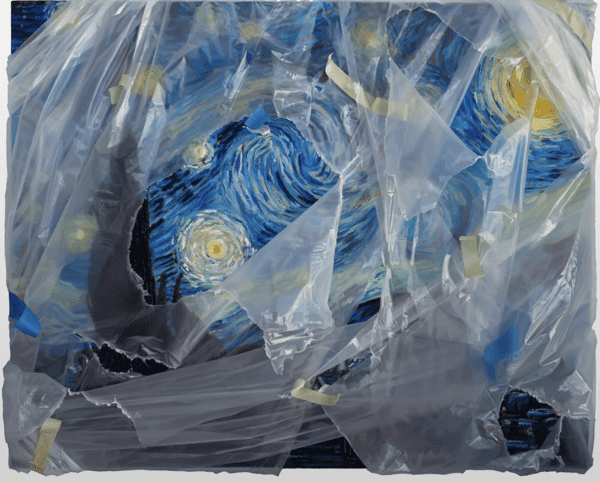 Los Angeles-based Australian artist Robin Eley is an established artist whose work has won more awards than you can poke a stick at. He didn’t find his calling as a painter until the age of 27. His most recent collection is hyper realistic paintings of famous artworks that are then wrapped in plastic. Take for instance the above painting of Vincent van Gogh’s famous Starry Night painting. 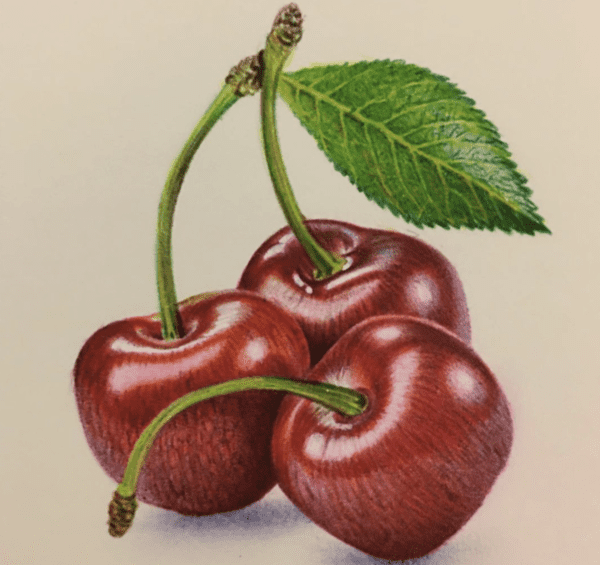 Unlike the majority of talented people on this list, Samuel Silva isn’t a professional. He is a lawyer from Portugal who just so happens to draw as a hobby. His ballpoint pen drawings came to the attention of the rest of the world when he began posting them on Deviant Art. His drawings were featured in the likes of the Huffington Postthe Heraldand Scientific Americanwith people amazed by what he could achieve with just a pen and paper. He uses a mixture of different colored pens and draws a wide array of objects and images, including people, animals, and landscapes.