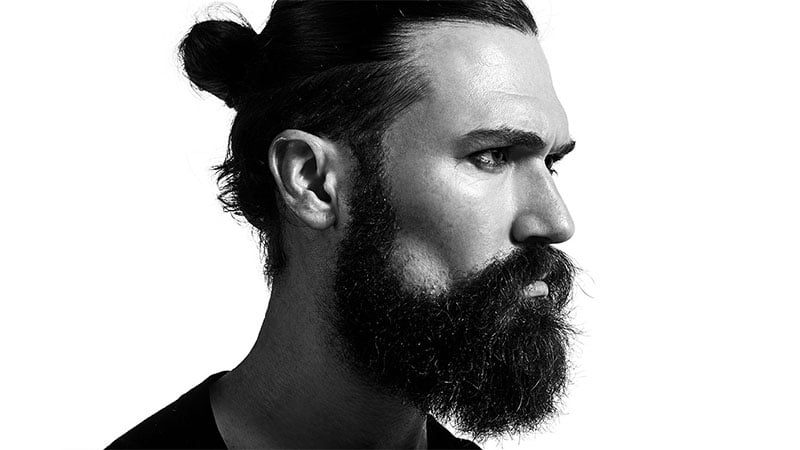 While many thought that the man bun would only be a fad, the hairstyle has proven itself. The man bun also bucks other trending options, including the much-loved pompadour and undercut. So if your hair has a good length, the man bun is a great style to consider. All you have to do is find the perfect version for you!

The classic man bun is easy to achieve and looks great. The style works best on medium or longer hair and features a simple bun tied in the middle of the back of the head. Although the style is no longer as unique as it once was, it is still fashionable and stylish. Even better, the classic man bun is also extremely practical. So if you need to get rid of your long locks or just want a fancy hairstyle, this is a great choice that doesn’t involve a visit to the hairdresser. 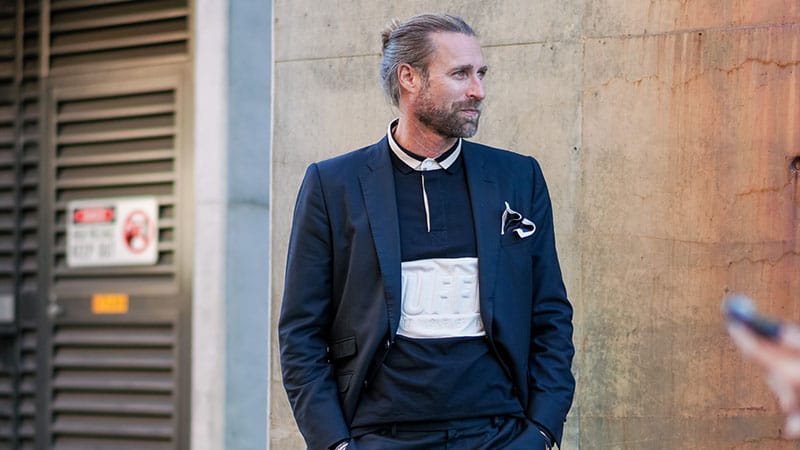 Men with medium length hair can also wear a man bun and look fantastic. But, if your locks are a bit short, a short bun is all you can achieve. Don’t let that disappoint you, though. A mini bun for men can look incredibly stylish and is a great way to rock this hair trend. Remember to create the low bun on your head to prevent the lower sections of your hair from falling out. 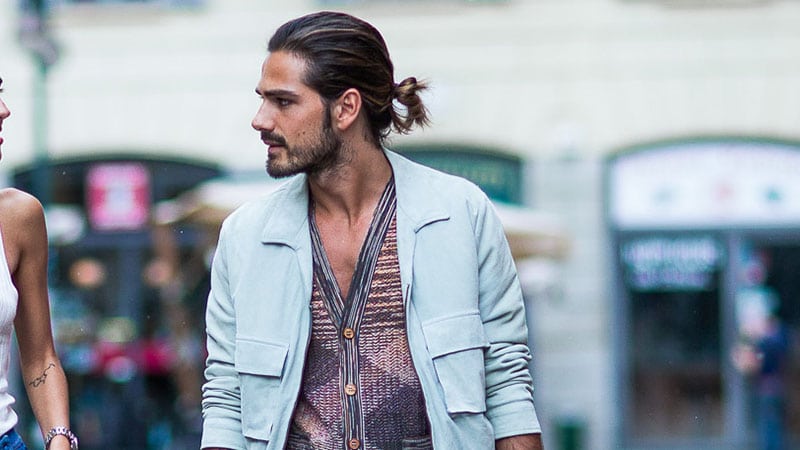 Another excellent interpretation of the man bun is the half-bun. The half updo features the top half of the hair swept up into a bun while the rest is left loose. The style can be perfect for men with long or medium length hair. If you are just starting to grow out your hair, you can also choose this style because it is easier to create and maintain with short locks than a full man bun. If you find pieces keep coming loose, try using a small amount of product to hold them in place. 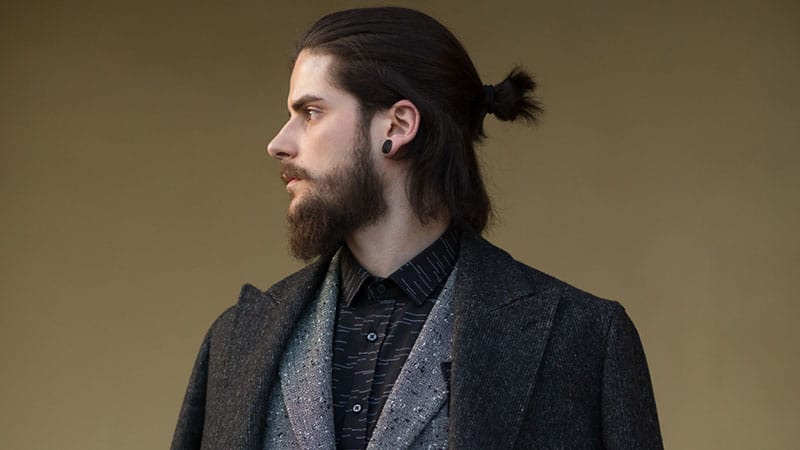 The top knot is a version of a man bun that sits higher on the head. It can be created tight and neat for a clean look or loose and messy for a more casual look. No matter which version you choose, the most important element is the placement of the bun. To nail the look, sweep your hair up into a ponytail before creating your bun. The base of the ponytail should sit at the top of your head or slightly higher. 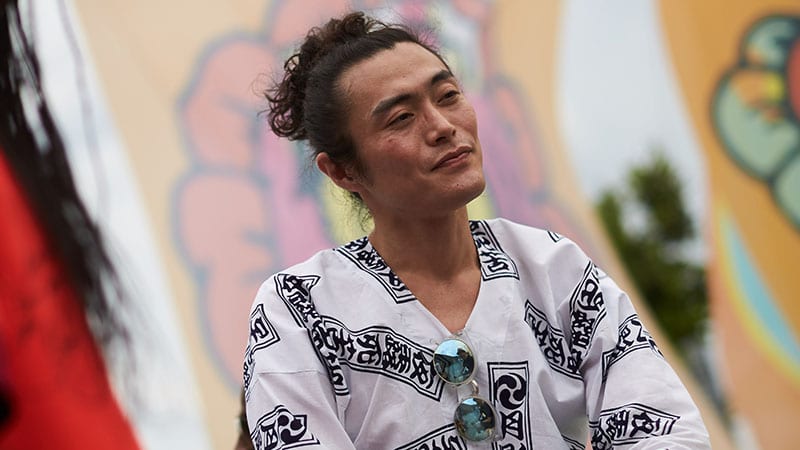 For a bold and relaxed version of the man bun, try making it messy. The messy bun for men is ideal for men who prefer a casual look while still being stylish. The disheveled hairstyle is also perfect for men with wavy or wild hair as it utilizes its natural texture. To create the look, skip brushing and just use your hands to loosely rake your locks into a low ponytail. Then, secure it in a messy bun at the back of your neck. 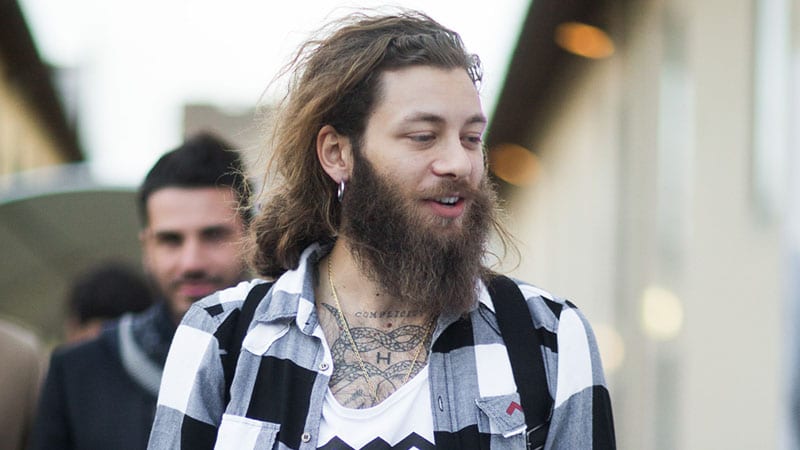 Combining two trendy hairstyles into one is a great way to appear fashionable and cool. While not all partnerships look good together, a man bun and a fade are a match made in heaven. The combination of these two styles creates a unique and impressive appearance. To make the look even more eye-catching, you can opt for a low cut that starts in the middle of your forehead. 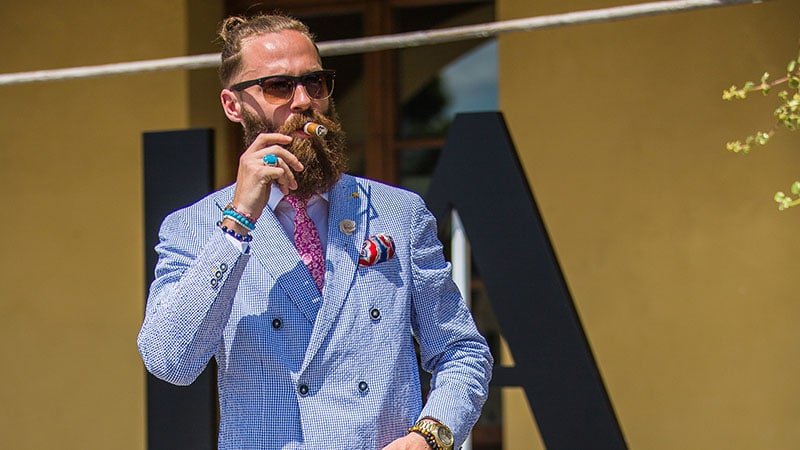 A low man bun is a great alternative to the classic style. The look, which features an updo at the back of the neck, projects a relaxed and carefree vibe. As such, it is perfect for casual and informal occasions and events. So while you might not be able to wear this style to the office, you should keep it in mind for weekends and other days off. 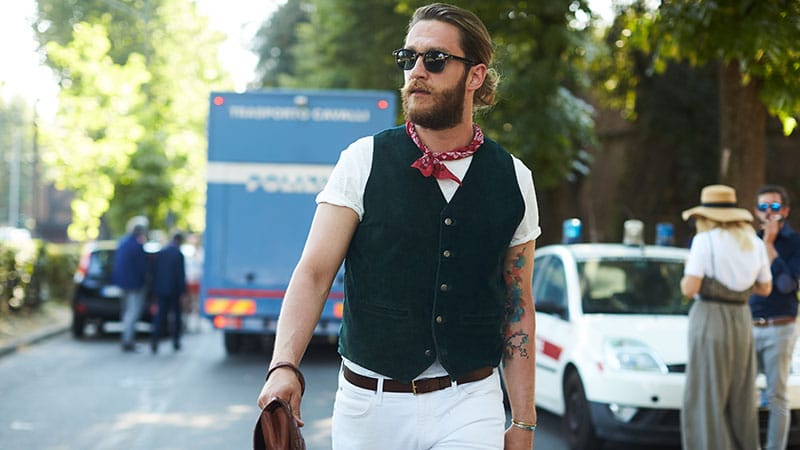 Give your long locks an edge this season with a spiky bun hairstyle. The style is an awesome update of the classic man bun and looks contemporary and new. To create the look, start by pulling your hair up into a high ponytail. Then use a rubber band to secure it in a bun and let the ends of your ponytail stick out from the top. 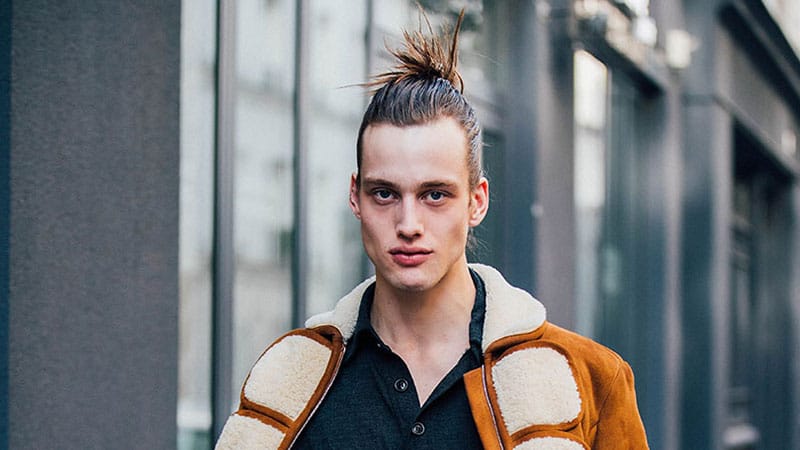 If you want to take the man bun back to its hipster roots, a beard is a must. By combining a man bun with a beard, you can achieve a stylish hipster look. Although the look is not difficult to create, it will take a lot of patience if you have the head and the facial hair is not already long. Luckily, there are a few tips and tricks you can use to help your locks and beard grow faster, longer, and stronger. 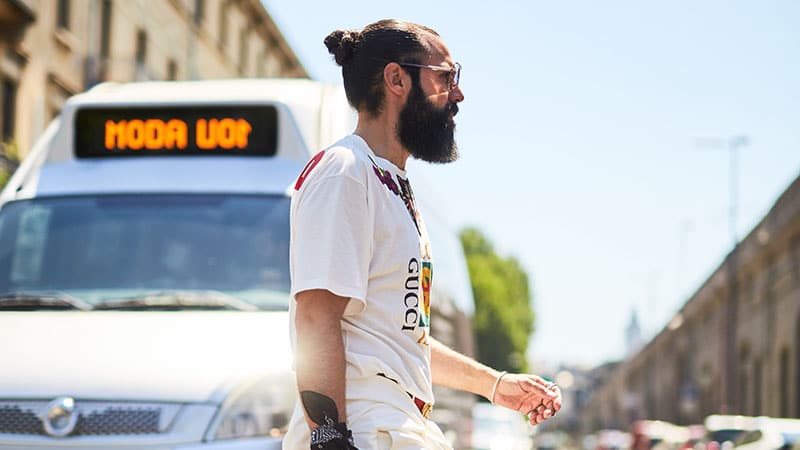 Whether you’ve had dreadlocks for years or are new to the style, a man bun can be a great way to wear them. Not only is a man bun with dreadlocks awesome, but it’s also quite practical, especially in hot weather. For best results, make your man bun messy and loose. It will show off your dreads in a cool and carefree way. 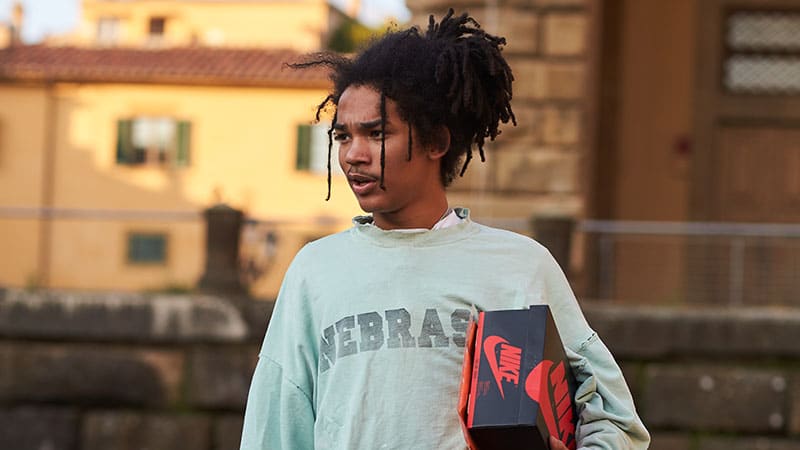 Half-up hairstyles involve securing half of your hair in a bun while letting the rest hang loose. The difference between the two is that the half-up top knot is secured higher on the head at the crown. The result is a style that looks unique and exciting. As such, it’s ideal for men who have a quirky or edgy sense of style. 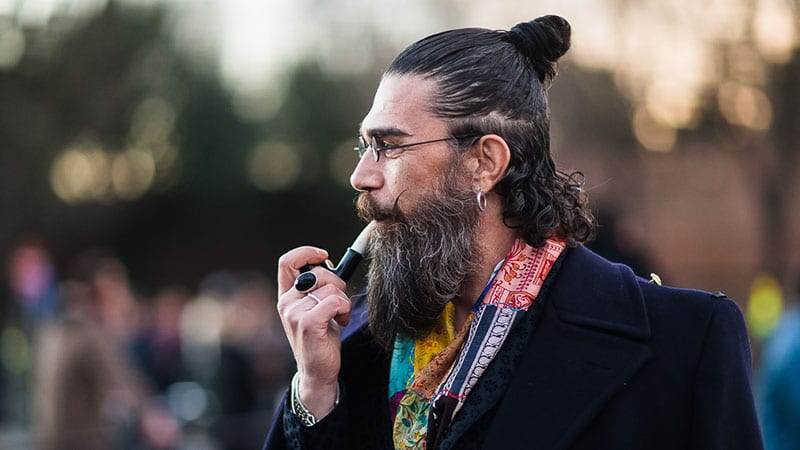 Want to take your top node to the next level? Instead of leaving only half of your hair, why not shave it off? The result will be a bold bun with a trendy disconnected undercut. Although this style is too intense for many, those with a lot of confidence will find a winning look. You can even grow a beard to add more interest to your appearance if you wish. 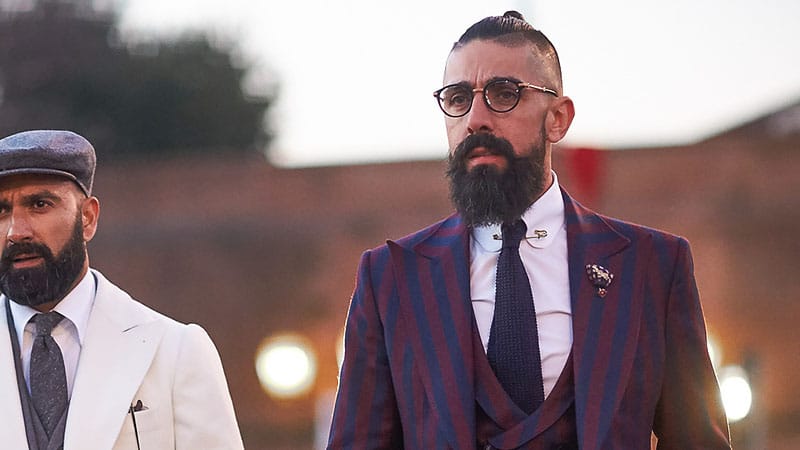 For men who want to spice up their bun without shaving or cutting, braids for men can be a great option. Combining a man bun with braids can give an elegant and exciting appearance. Although they may seem difficult, braids are not that complicated to create and practice will be perfect. So, consider starting with a simple braid and moving on to more intricate styles. 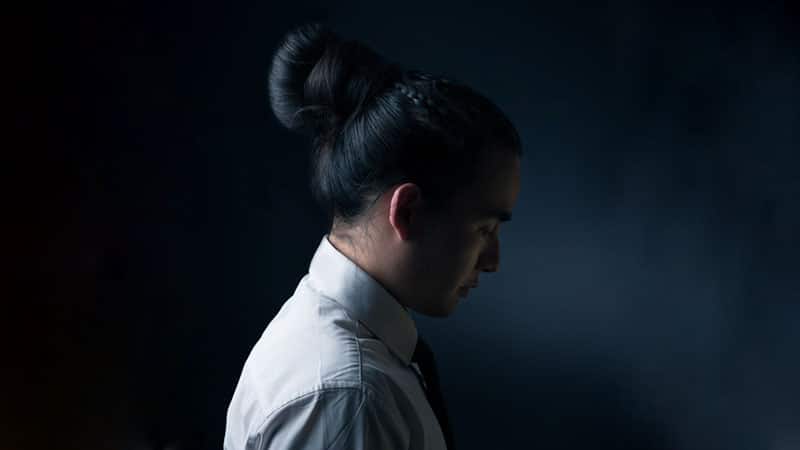 If you want to take the man bun to the next level, you should consider double man buns. The style, which features two buns instead of the usual, is achieved by creating two equal knots with one on either side of the top of your head. The final look is quite bold and daring. As such, it’s perfect for men who love to stand out and aren’t afraid to try new hairstyles. 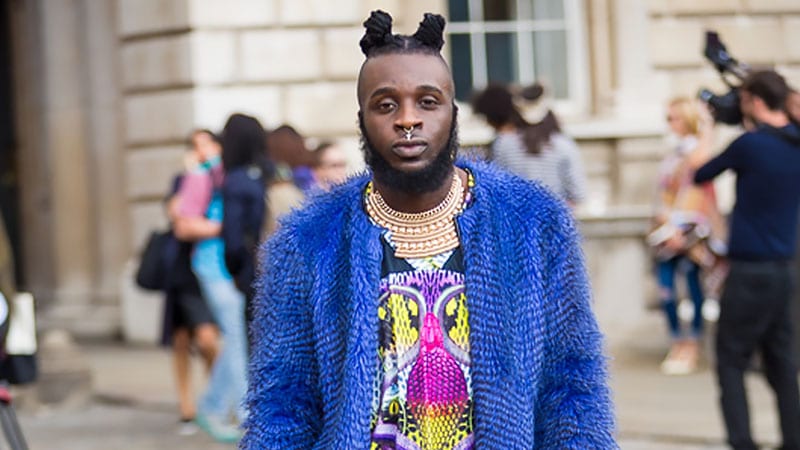 Long before hipsters, the bun was a traditional Japanese hairstyle and often featured bobby pins to help hold it in place and add a decorative element. Today, you can channel these fantastic Japanese buns with your very own Asian-inspired bun. To nail the look, brush your hair neatly back and secure it in a tight bun high at the back of your head. If you’re feeling confident, you can also add a stick or two to complete the look. 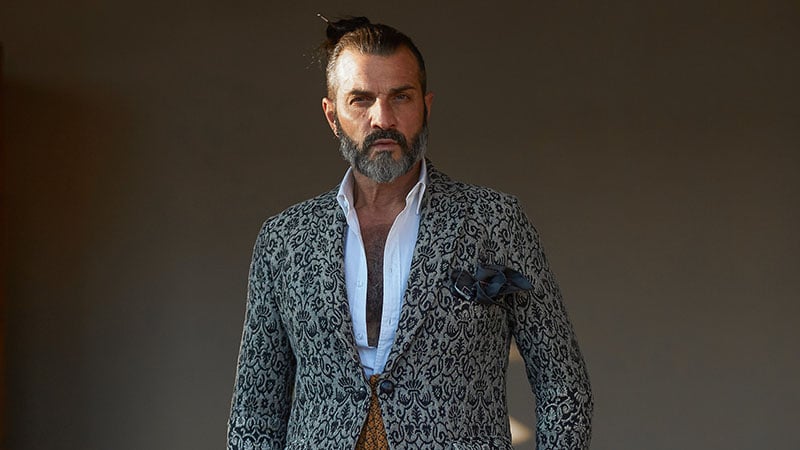 What is a Man Bun?

Although the man bun started as a hairstyle primarily for hipsters, it has since become a mainstream look. Today, many men from many different groups choose to rock the style, which has become extremely popular. The man bun, which can only be done on medium or long hair lengths, is created by pulling the hair towards the back or top of the head and securing it in a loop or coil.

How to style a man bun?

Styling a man bun is super simple; all you need is a hair tie. You can use a texturizing spray if you want, but it’s not essential. Start by picking up all of your hair, gathering it into a ponytail at your desired height. Wrap the elastic around the hair once as if you were doing a regular ponytail. Then, on the next two passes, only pull the hair halfway through before starting the next curl. This will catch the main part of the pony, pulling it into a bun.

How long does it take to have the hair for a man bun?

The minimum length for a man bun is around six inches, but ideally you want it to be longer at around 10-16 inches. Growing your hair out to this length from a short style will take 12-18 months, so you’ll need to be patient.

Men’s buns are a divisive style for several reasons. At its peak in the mid-2010s, it was strongly associated with hipster culture, which many people considered too pretentious. During that time, and even now, it’s also quite socially visible, popping up in pop culture and social media, which makes it a bit over the top. However, the biggest issue that sparks such vitriol among the haters is that it challenges gender norms, which for some people, may be up against, especially those with fragile masculinities.

Can a man bun cause hair loss?

Wearing tight chignons every day can cause what is called traction alopecia. This is hair loss around the front hairline, caused by constant pulling on the hair by tight, heavy hairstyles. Ideally, you’d want to mix up your hairstyles, so it doesn’t always pull the same. Try braids or a low pony instead. While you can rock the man bun every day, try not to wear it too tight and take it out overnight to give your scalp a rest.

Are man buns still in style?

Although men’s updos aren’t as prevalent as they were in the mid-2010s, they’re still trendy and stylish. Not only does it look dapper, but it also holds up well alongside other trendy styles, such as the pompadour and the undercut. Moreover, it is a practical option for men with a long mane and looks great with a full beard.