Telangana is the 29th state of India. It was formed after 10 districts were bifurcated from the state of Andhra Pradesh. There are many wildlife sanctuaries in the state which are filled with many varieties of flora and fauna. The capital of the state is Hyderabad. India is home to a variety of wild animals and hence, there is no dearth of national parks in Telangana. Hyderabad is one of the fastest-growing cities in the country and several tourists visit Hyderabad regularly.

One can reach Hyderabad and then reach the sanctuaries from there. All these sanctuaries and national parks are very well located in the state of Telangana. There are ample stay options in the places surrounding Hyderabad if one wishes to tour to each of these places. Take a look at this list of all the amazing habitats of exotic species that you can check out on your next trip to Hyderabad!

The following is a not so exhaustive list of national parks in Telangana. These are located in and around the state. Few of which are listed below. 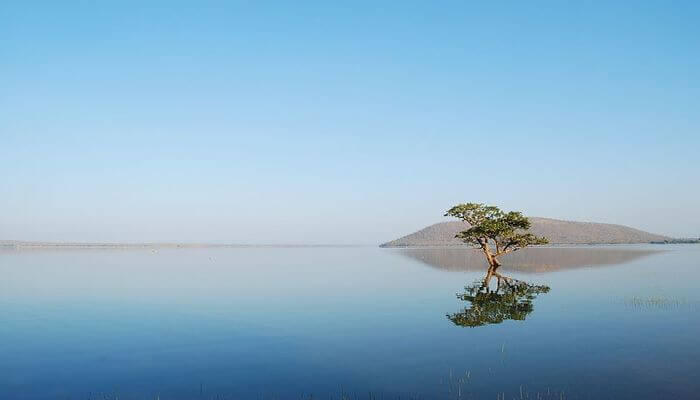 Pakhal Lake and Wildlife Sanctuary are some of the most ideal weekend getaways for those who reside in Warangal. The lake was constructed in the year 1131 AD by Ganapathi Deva. This lake was constructed by tapping a small part of the tributary of River Krishna. In the later years, a sanctuary was built around the area.

It is very beautiful to watch the sight of deer, panthers, tigers, leopards roaming around freely in the area. The lush green locales set against the backdrop of a bluish lake provides enhancement to the view. People of all age groups would love to visit this park. Many buses ply from Warangal to this lake.

Must Read: 10 Fascinating Tourist Places In Telangana That Are Worth A Visit In 2021 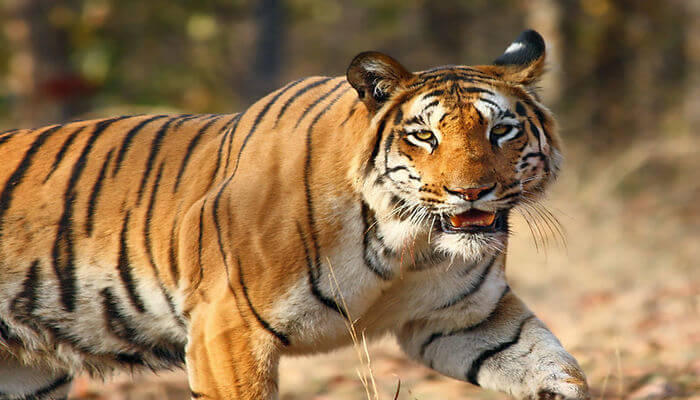 Eturnagaram Wildlife Sanctuary is one of the oldest sanctuaries in South India. The wildlife sanctuary was developed by the Nizam of Hyderabad. It was declared as a wildlife sanctuary in the year 1952. The sanctuary shares borders with three states in the country namely Chhattisgarh, Telangana and Maharashtra.

There is a water called Dayyam Vagu that divides the wildlife sanctuary into exactly two areas. A small river joins along with the River Godavari that makes this park a delight to watch during the monsoon season. This sanctuary looks more or less like a private national park for one can take one’s private jeep inside the premises of the sanctuary.

Suggested Read: 20 Mesmerizing Hill Stations In South India That Are A Must Visit In 2021 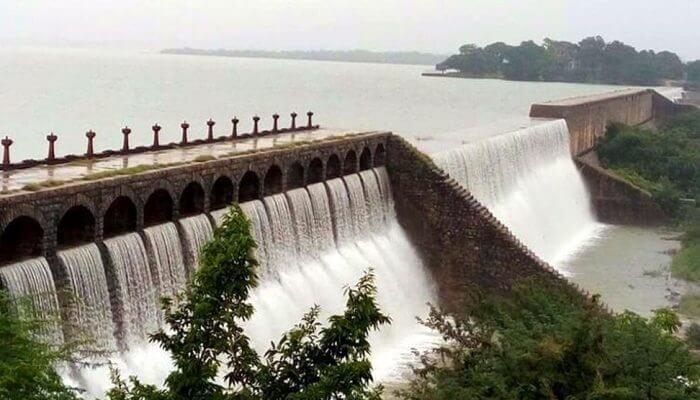 This dam is located on the River Aliar. A wildlife sanctuary has been built around the dam to make this area into a tourist attraction. This place was earlier used as hunting grounds for the Nizams. Name any animals, birds, plants, one can find it in this park. There is a huge watchtower inside the premises from which one can get a panoramic view of the entire location.

There are about nine islands within the park, which is home to a lot of different species of fishes, turtles and other marine life. There are not many wildlife sanctuaries that have a dam within its premises. One can have a great time playing in the waters and also gorging on some fresh fish caught in the waters of the dam.

Suggested Read: 7 Offbeat Places In South India 2021 That Will Make You Go ‘WOW’ With Natural Beauty! 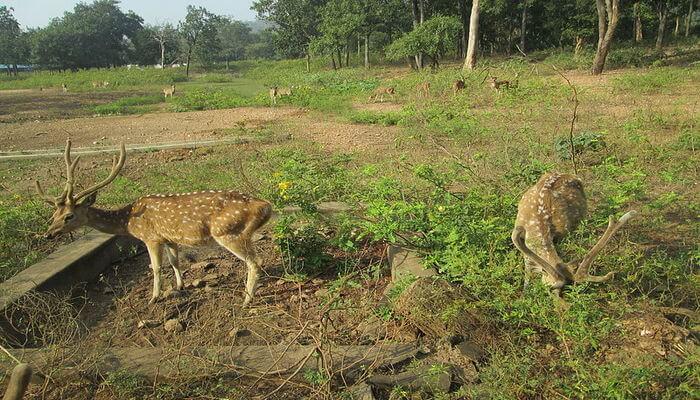 Suggested Read: 7 Breathtakingly Beautiful Mahabalipuram Temples That Are The Soul Of South India! 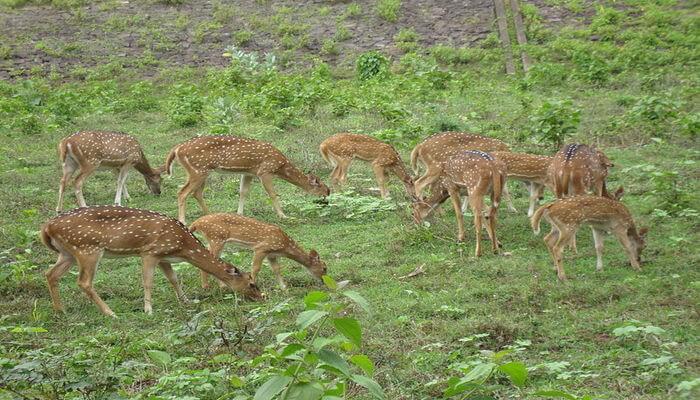 This National Park is located near Chilkur Lake. It is a true treasure for the deep forest region, which is found with all the varieties of birds and animals which roam around freely in the region.

There is a watchtower inside the park from where the animals can be watched very closely. Snake shows are also conducted during certain days of the week. There is a library inside the park, which educates the visitors about the habitat of animals that dot the region. 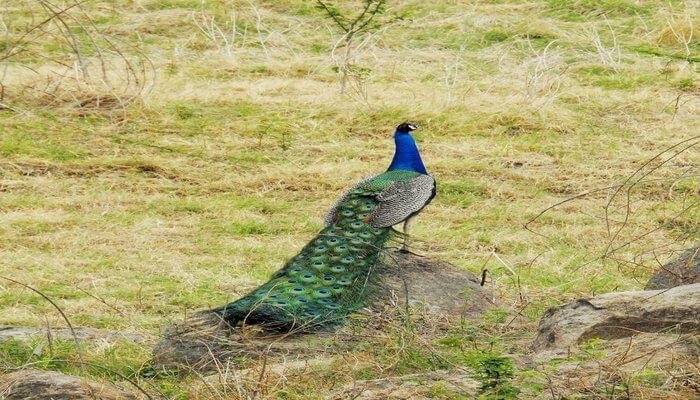 This National Park was named after the late Chief Minister of Andhra Pradesh, Kasu Brahmananda Reddy. The park was opened in the year 1994 to preserve and protect the rich variety of flora and fauna which are found in the region. 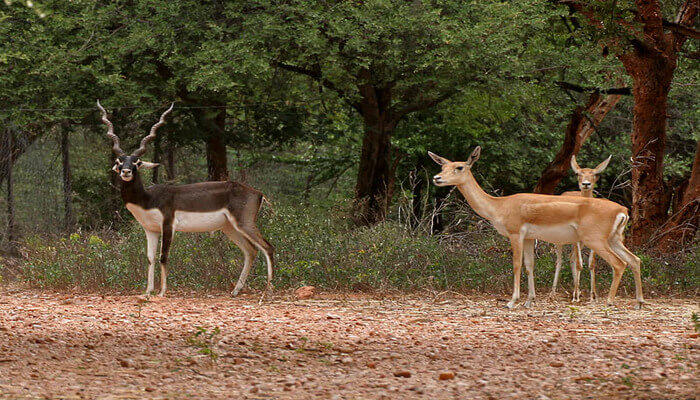 This national park was named after Lord Mahavira on his 200th birth anniversary. This place earlier served as hunting grounds for the Nizam rulers, later it was converted into a National Park. The place is the home to several deer that roam freely in the region.

One can take a safari ride to experience the animals closer in its natural habitat. There is also a butterfly park, which is located within the premises of the National park which houses beautiful colored butterflies. A museum dedicated to wildlife is also located very much in the premises. 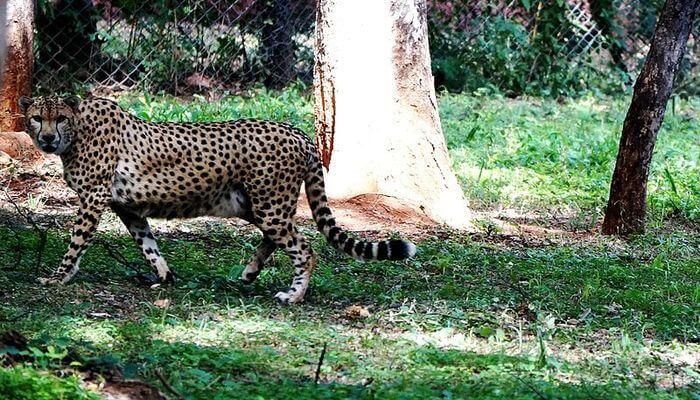 Nehru Zoological Park located in the heart of the city is one of the largest national parks in the country. The park is also visited by the locals as well as tourists. As it is located very near to the main centers of the city like Nampally Railway Station and Charminar, it hardly takes few minutes to reach this park.

It is very well maintained and one can find all kinds of animals, birds and other varieties of flora and fauna. There is a National History Museum within the premises of the park. The children can enjoy touring the park by hopping on the train ride. For those who cannot walk around the large area of the park, one can prefer the safari ride.

Suggested Read: 8 Exciting Things To Do In Calicut On Your 2019 Trip To South India 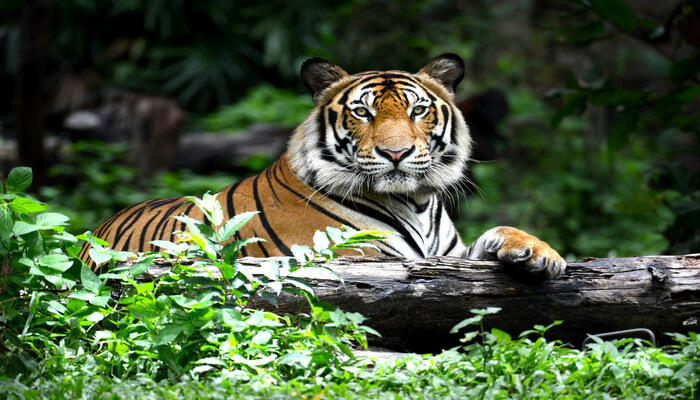 This tiger reserve is the home to some of the exotic species of tigers in the world. Not only tigers, but there are also many varieties of leopards, flying squirrels, Indian civets, porcupines, leopard, jackal that are found here. One can also stay in the nearby resorts in the forest region to get a taste of wilderness.

Suggested Read: Kerala In March: 8 Places Which Are Perfect For Your Trip To South India 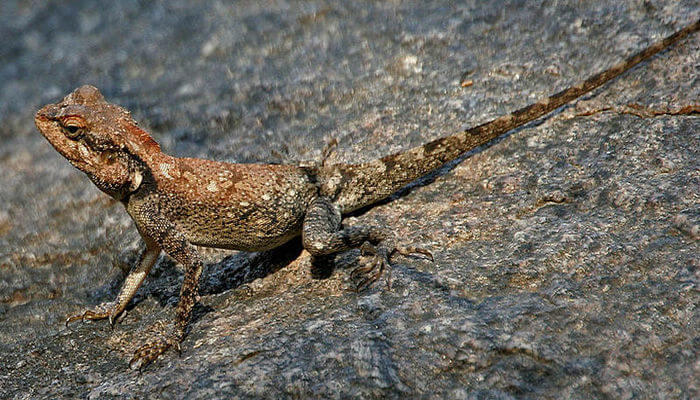 The type of vegetation found in this region is deciduous. This is a great place to enjoy with family and friends. Due to the proximity of this deer park from the main zone of Hyderabad, one can find people crowding here during the weekends. 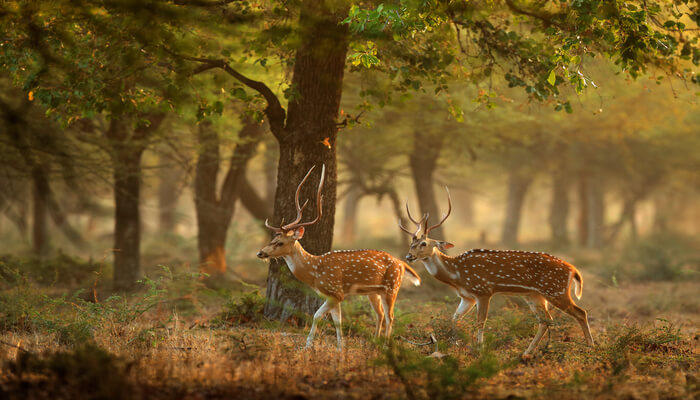 If you are looking for a location in Telangana where you can go for a picnic with the entire family, then you have to prefer AliSagar Deer Park. There is a reservoir inside the park, which was constructed in the year 1931. The entire region was ruled by Nizams. The park is surrounded by beautiful hillocks.

There is also Nizamabad fort nearby the park. The people who have a taste for history can very well visit the park and enjoy the beauty of architecture. There are different types of animals, birds, and plants which are found in this park. One can stay in the guesthouses which are located near the park to get absorbed in the beauty of the park.

These national parks are bestowed with the bounties of nature. These places do not hold animals and birds in cages, but provide a natural habitat for them to roam around freely. The national parks in Telangana mentioned in the list above are worth visiting once in their lifetime. If one visits these parks, one would wish to visit it over and over again. The best part is that these national parks have other major sightseeing locations which are situated close to each other. So, do not forget to add these on your bucket list when planning a trip to India!

Q. Is it safe to visit the national parks in Telangana during the monsoons?

A. Yes, it is very safe to visit the national parks in Telangana during the monsoon season. The parks are maintained very well.

Q. Can old people visit the national parks in Telangana?

Q. Are the national parks in Telangana accessible by rail?

A. One can reach Hyderabad railway station and take a cab from there to reach national parks in the surrounding area. These parks are located well within the radius of the city center.

Q. Which is the best season to visit the National Parks in Telangana?

A. The best season to visit the national parks in Telangana is from December to February. The summers in Telangana are quite harsh and the region receives copious rain during monsoon season as well.

Q. Should one buy the tickets well in advance to tour around the national parks in Telangana?

A. One can buy tickets to tour around the national parks in Telangana after reaching. Booking is not required.

Q. Are the national parks in Telangana located within the city limits?

Q. What kind of clothes one should wear while visiting the national parks in Telangana?

A. One should wear loose clothes and wear the right pair of shoes to get around the national parks in Telangana. There is no need to wear very tight clothes as the air is not too cool.

Q. Can one take their private vehicles inside the premises of National Parks in Telangana? 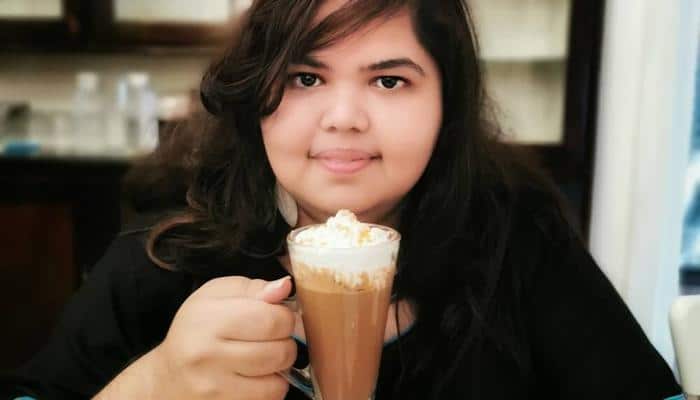 Exploring new places and trying out new food cuisines are two things that bring Seema all the happiness. Travel freak and a die-hard foodie are the synonyms that define her the best. Popular on social media by the name of ‘PandaReviewz’, lazing around the beaches, exploiting the sunset points, visiting the farthermost villages, exploring the renowned cities, trying out new food cuisines, and blogging about them are few things that keep Seema occupied, and happy!