I believe that to date no one has given this issue the importance it deserves, considering its negative impact on the daily lives of companies.

We call God Complex a set of ideas directed towards oneself, which are then translated into specific behaviors. Those who suffer from it will feel superior to others in every way. Thus, you will believe that you are always right and at the same time you will underestimate any other. In this way, it will be impossible to exchange ideas with him since his level of closedness and stubbornness are at the maximum. The person has an enlarged self, impervious to criticism of his own and of others.

There is an intimate relationship between this complex and narcissistic personality disorders, the most popular expression of which could be megalomania, sadly visible in more than one political leader.

Now, have you ever thought about how much your own narcissism affects the dynamics of the whole? More, could you imagine what a company would be like with most of its members with these characteristics? And finally, don’t you think that the God Complex is able to settle into the organizational DNA and anchor itself strongly to its culture? This would be a serious problem. Let’s imagine a company that believes itself capable of anything, without flaws or blemishes. What fear, no? That is why today I want us to think together the ten signs to detect it in time and thus be able to change it.

Only those who dare to question themselves are capable of modifying their ideas and behaviors, which is totally alien to the God Complex.

In this way, the changes are seen exclusively as a threat and something that comes from the outside to “disturb the harmony”.

This resistance will range from strategic changes such as changing one marketing scheme to another, to minor modifications such as the working hours of employees.

2. Lack of interest in the competition

The so-called benchmarking is a frequent practice of leading companies. It consists of a systematic comparison with our competitors and seeing how we are in relation to price, presentation, distribution, etc.

On the contrary, in organizations like the ones this article is based on, there is a kind of contempt for those who dispute the customer as much as they do.

They are not taken into account under the slogan: “We are so good that we are not interested in knowing what others are up to .”

3. Predominance of the managerial leadership style

Using the classic scheme proposed by Hersey and Blanchard, which distinguishes between directive and relational behaviors of the leader, in organizations with this Complex we will see the protagonism of a leadership clearly oriented to the task rather than to the people.

Then, all those who demonstrate these conditions will be promoted, to the detriment of the others, who may even be considered “lazy”.

4. Exclusive focus on results rather than process

Laloux tells us about the Orange Organizations, identifying them with the word Achievement. As an example, he cites several of the most renowned multinationals, whose interest lies in a successive accumulation of successes, both in terms of turnover and number of users.

The shadow that the Belgian author attributes to them is the progressive depersonalization of his collaborators, who go to a second level.

Thus, the endings are more important than the path and the numbers are preferred to the people.

Agility is making mistakes fast to learn better. And that is what companies that have a clear purpose do, beyond their sales volume. They are the organizations of the future, those in which people will want to work.

Read More:   Which Is Best for You?

Unfortunately this does not happen in those affected by the God Complex. To experiment is to assume that things could go wrong. And that is not allowed in this culture. The high fear of being wrong and the low tolerance for frustration make up a disastrous and sickly cocktail. 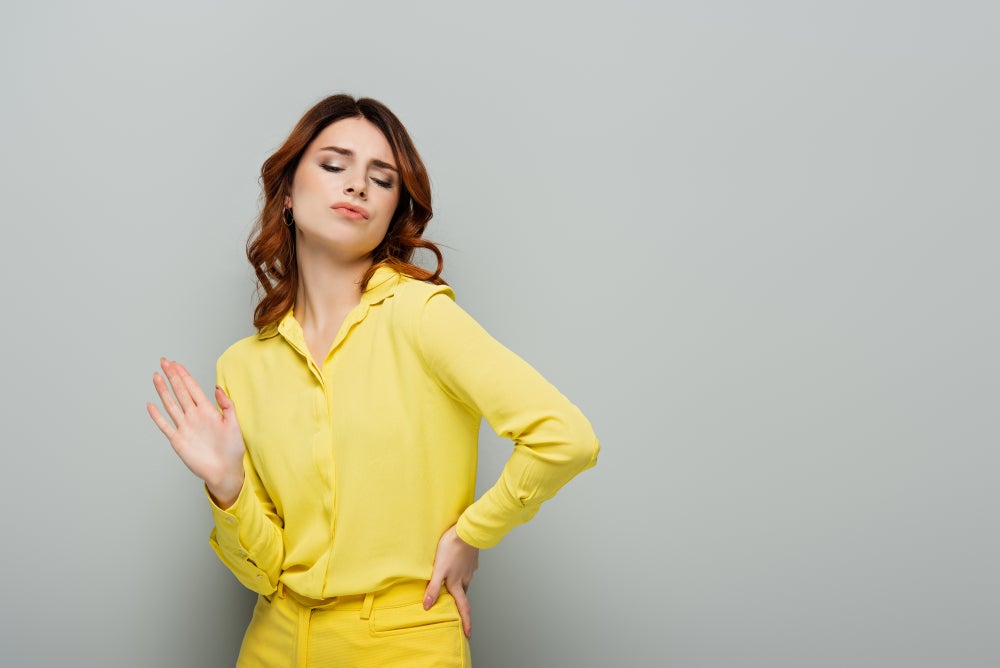 The God Complex does not allow experimentation / Image: Depositphotos.com

6. Decisions based on perceptions rather than data

This can also be said, the cause for the installation of the God Complex in the organizational structure corresponds most of the time to real successes in the past.

They may be companies that launch new products on the market every year, but that does not imply that the same thing happens inwardly. We have to understand that this contradiction is fully possible, since a company can count on competitive teams, made up of highly experienced professionals, but whose eyes will always be on the outside, on how to improve the customer experience or how to make such a friendlier. or what but nevertheless at no time will he focus on internal improvement.

Let us admit that not all organizations manage to consolidate it, whether or not they suffer from this Complex. What is worth establishing is that in the latter, we are in the presence of its extreme.

Read More:   How Listening To Podcasts Can Improve Your life

That people have collective logic means, in practice, that they are able to postpone their own needs in pursuit of the common good.

It is not a small thing and, as I said before, it is not a frequent characteristic to observe in companies. In the case we are commenting on, its absence is palpable one hundred percent, which can be expressed in a bad work environment, low trust, weak communication and very low levels of transparency.

In Peter Senge’s terms, this vision is made up of the sum of the individual visions.

The perceptions, emotions and feelings that each employee has of the company can be shared with those of the others and form a clear direction and course towards the future. He calls the latter alignment.

That is impossible in the sick organizations of the God Complex since each one will prioritize themselves over the others, trying to prevail. And more, you will be recognized and possibly awarded a promotion for it.

Both in and out. Ethics may be considered an important aspect, but it will be far from being a guide in the conduct of these companies. Thus, it will be possible to fail to comply with the payment terms to suppliers, not to respect the commercial area agreed with a distributor, to dump its effluents into a nearby river and contaminate it …

The main reason for this is that these companies believe beyond everything, as if they were from another galaxy (much more evolved than ours, of course).

In summary, if in your organization you perceive any of these situations, it will be time to decide if you want to continue being part, trying changes from within or on the contrary, the time has come to look for a job change …