In 2017, Epic Games released the beloved online game Fortnite. It quickly became a massive hit and took video games by storm. Indeed, it became so popular that Fortnite memes exploded overnight. The only thing more iconic than the game itself is the hilarious memes.

The memes usually cover a lot of ground. For instance, some memes are about gameplay and locations, including Battle Royale and Titled Towers. At the same time, many memes mention a new character or celebrity voice actor. The meme creators are just as creative as Epic Games. They’ve created hilarious Fortnite memes that’ll keep fans laughing. 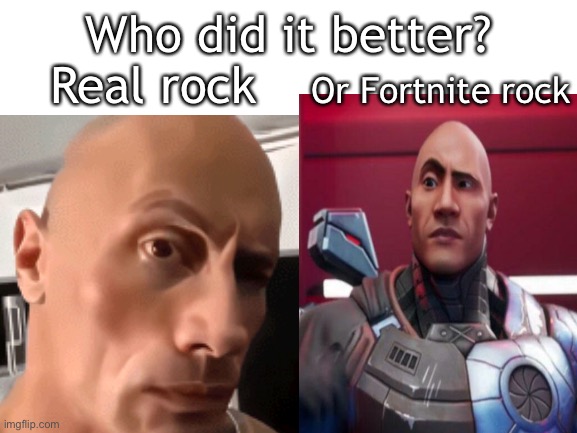 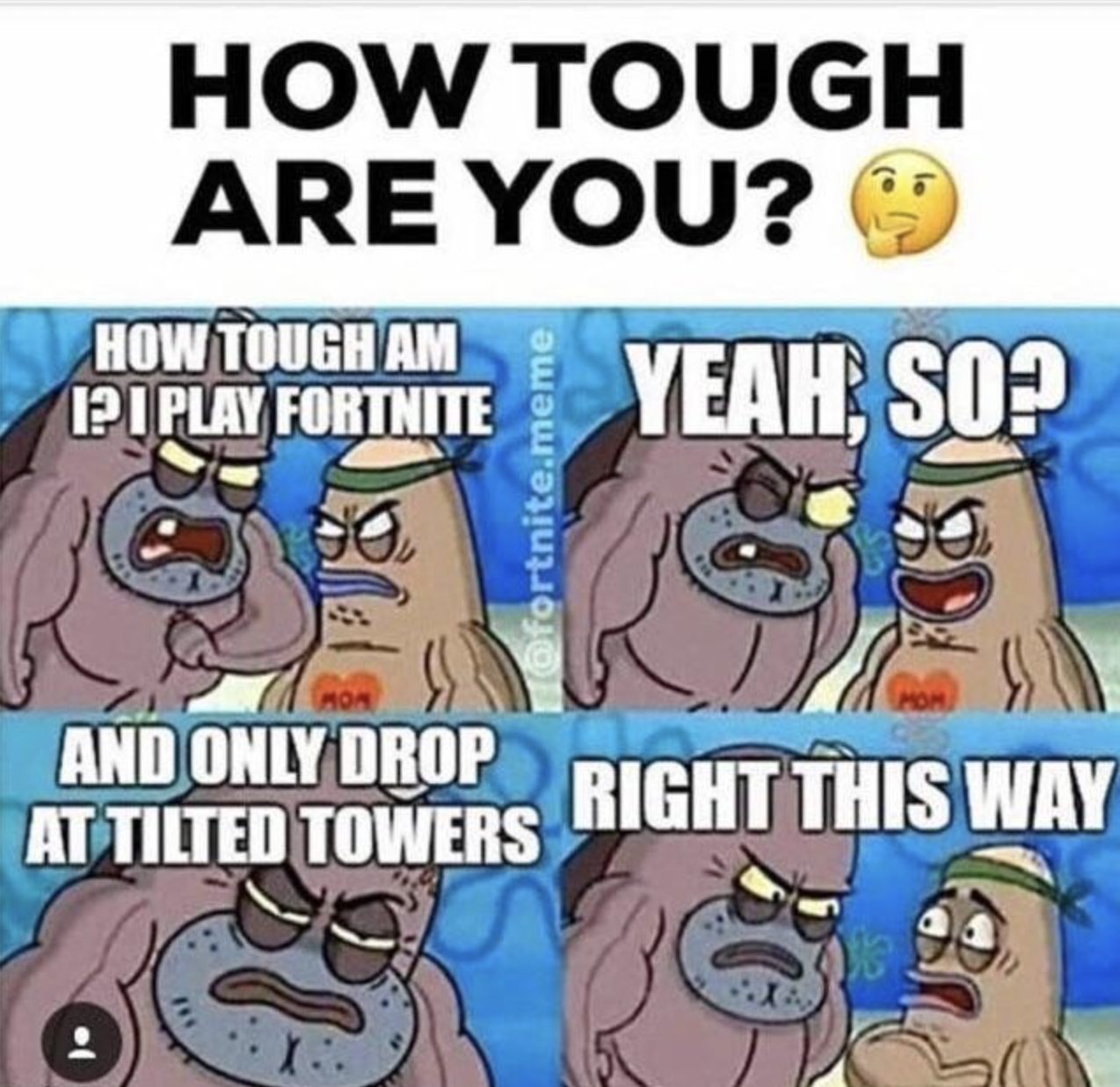 Fortnite fans all know that the Tilted Towers is one of the most challenging locations in the game. Fans have a high level of respect for those skilled players that can survive. Indeed, most players struggle at this point and usually meet their death. Therefore, it takes a special gamer to survive at Titled Towers. 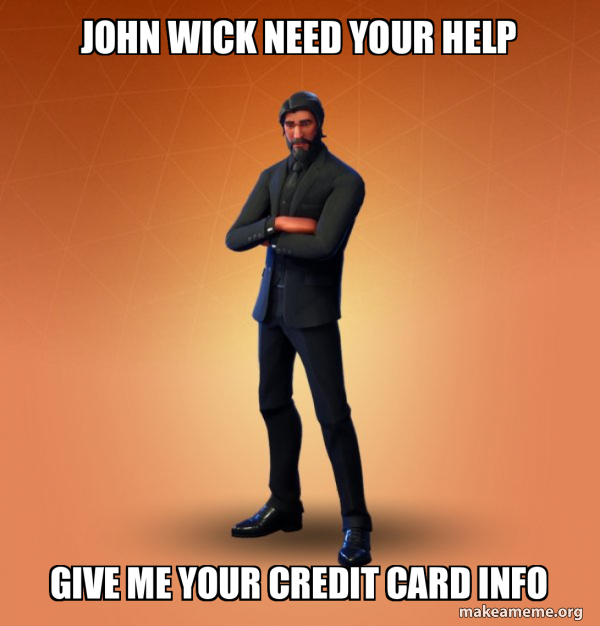 John Wick is a famous movie series and character in the Fortnite video game. Well, he’s an even more popular meme. For instance, this meme jokes about John Wick needing the player’s help. Of course, the only way to do that is to hand over your credit card. 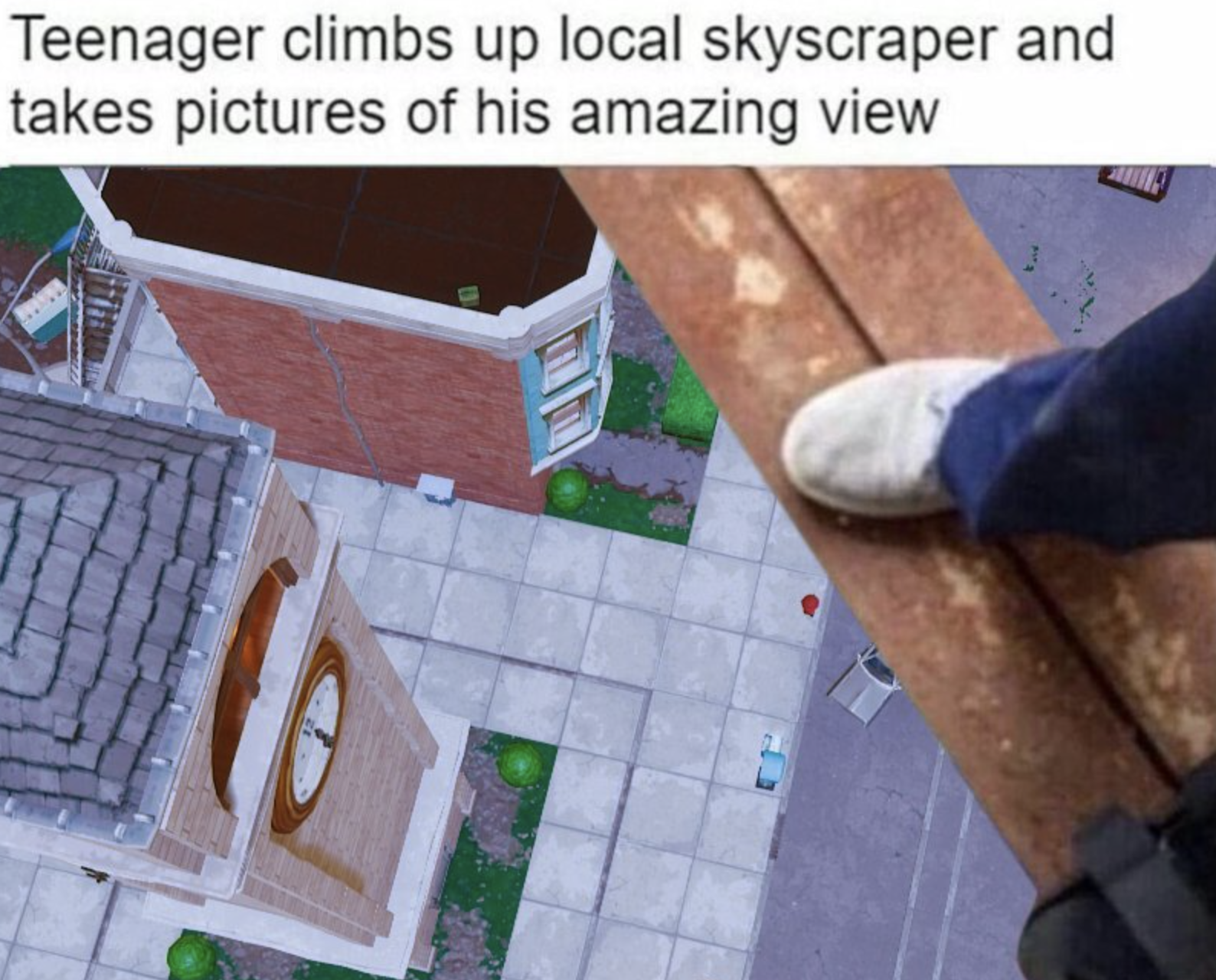 This meme takes shots at Fortnite and Fox News. The joke here is that Fox News would report the dangers of living in the Titled Towers. As fans know, in Titled Towers, the player can climb up large buildings and see the world from above. Now that’s breaking news. 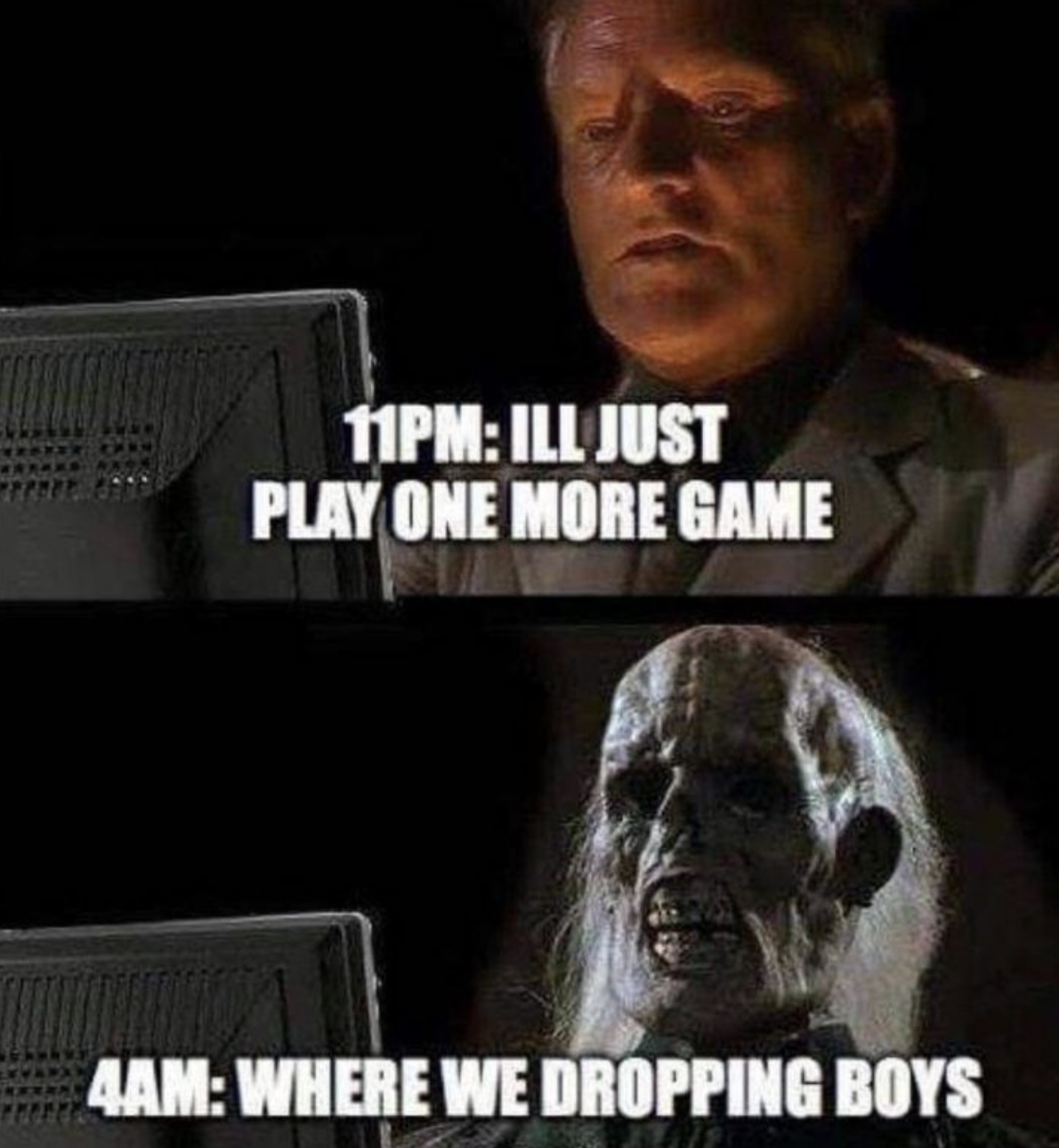 This meme proves just how addictive Fortnite can be. Indeed, every player utters the phrase “one more game” every time they play. They need to win a Battle Royale, get a few more rewards, or simply beat their friend. Suddenly, they realize it’s four in the morning. 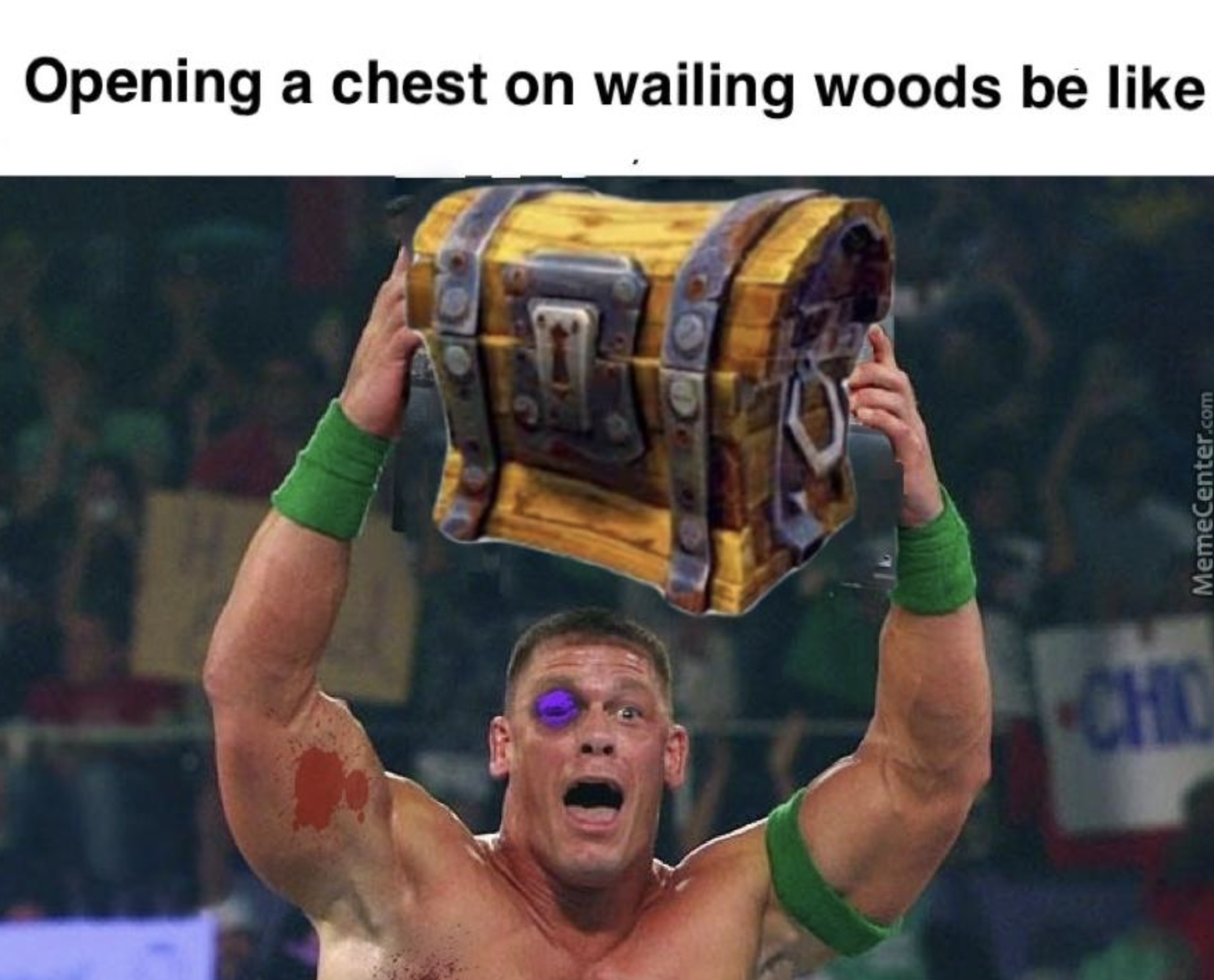 There’s nothing better in Fortnite than competing for a chest and winning on wailing woods. Of course, John Cena might be better suited for a Battle Royale. Undoubtedly, Cena would be determined to get that Victory Royale. 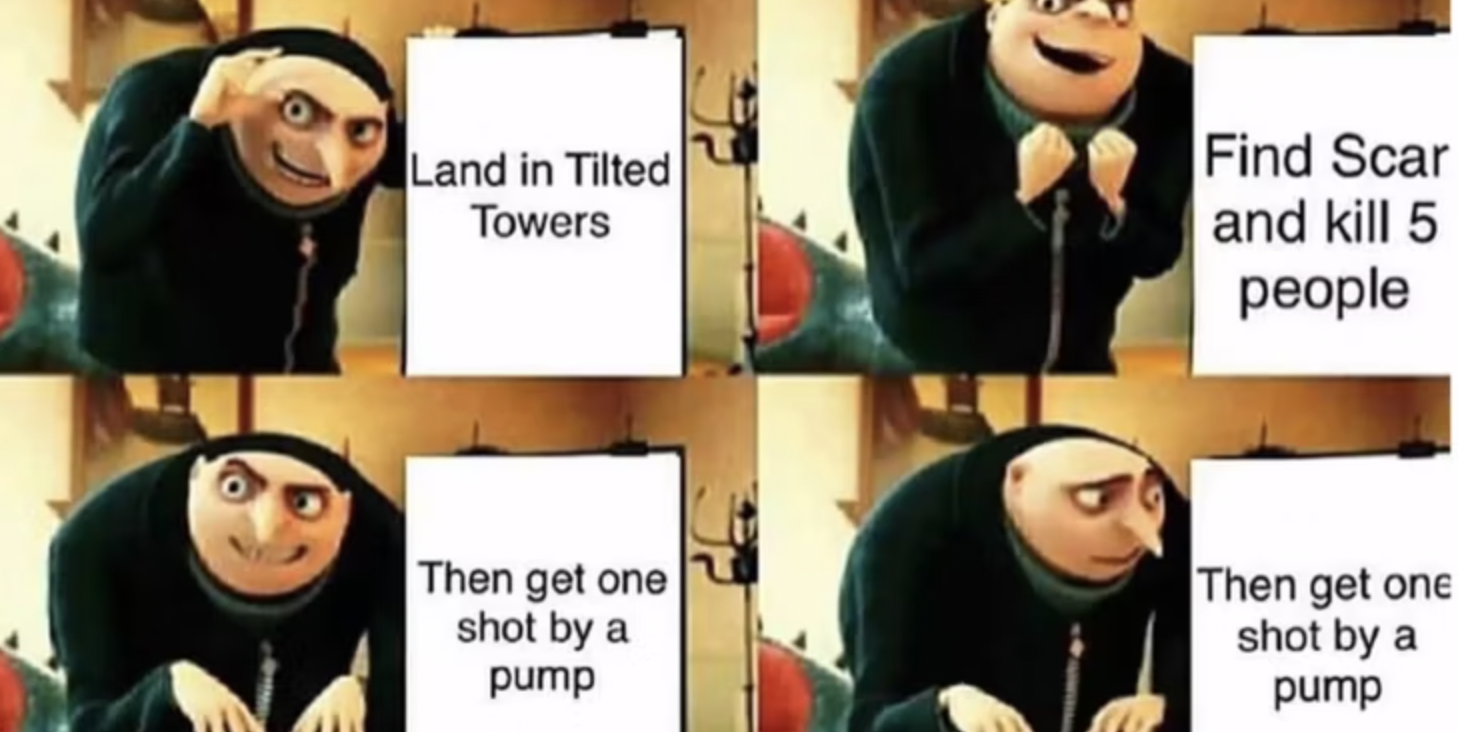 No matter how many weapons or skills a player has, they’re still no match against a lucky person. This Fortnite meme is all about the frustration of having the most potent weapon, a scar, but still losing to someone with a one-pump shotgun.

8. Anything for a Scar 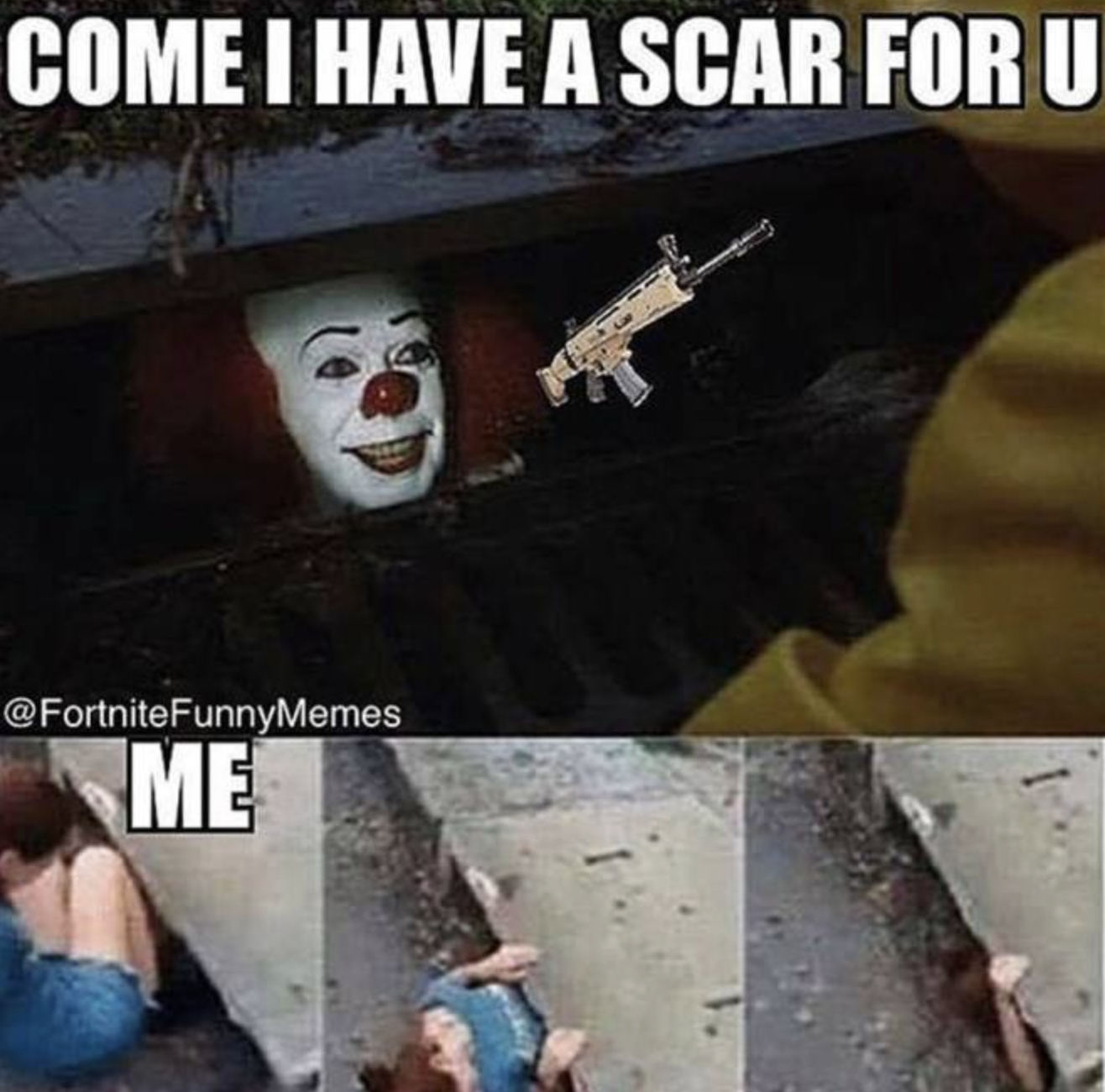 At one time, the scar gun was the most powerful and in-demand Provided weapon. Indeed, a player would do anything to get their hands on the rare weapon. They’d even follow Pennywise the Clown into a sewer to get that scar.

In Revenge of the SithObi-Wan Kenobi taught everyone an important lesson. Indeed, it’s a crucial lesson in Fortnite regarding one-on-one battles. Each player wants to build the fastest, so they have higher ground. Having the higher ground is the key to victory in Fortnite and life. 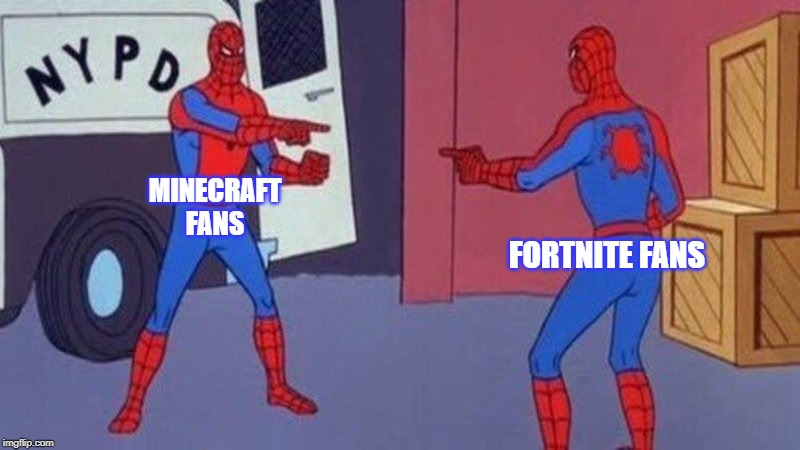 This meme works on so many levels. Fans are constantly finding new ways to incorporate Spiderman memes into their fandom. Indeed, Fortnite fans often mock Minecraft as being for kids. This meme points out that both fans have a lot in common.