The MCYT or Minecraft Youtubers is a community dedicated to the popular game Minecraft. Indeed, Minecraft’s popularity quickly spread throughout social media, resulting in many funny MCYT memes.

These MCYT celebrities often share content related to Minecraft through Youtube and Twitch. They’re a loyal community that simply loves to play and discuss Minecraft. Of course, the only thing better than playing Minecraft is MCYT memes. The funny memes are all over social media and feature Minecraft Youtubers. 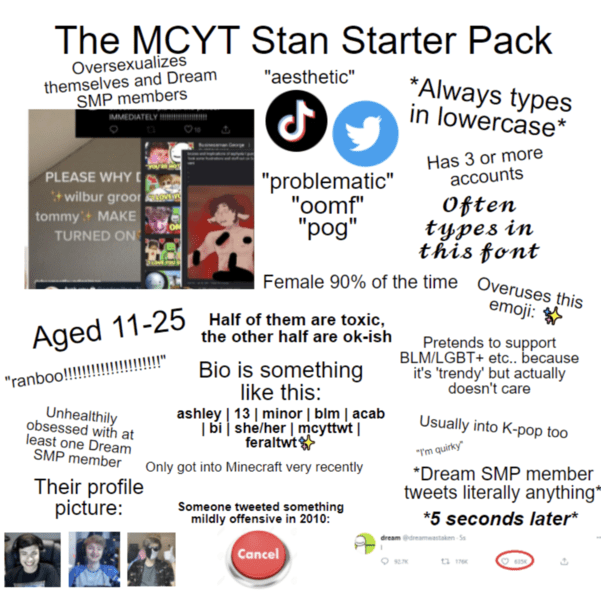 This is the perfect MCYT meme to introduce a person to the incredible community. It features classic references that poke fun at Minecraft Youtubers and the fan base. 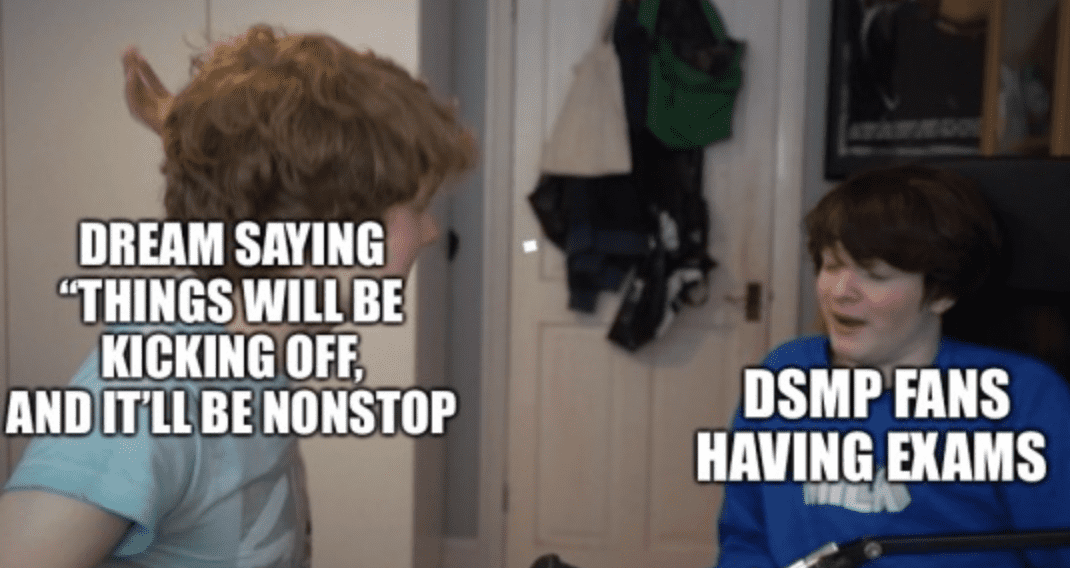 In this meme, Minecraft Youtuber Dream’s excited about the start of DSMP. Of course, true MCYT fans don’t let exams stand in the way of them diving deep into the game.

3. Tommy Gets the Last Laugh 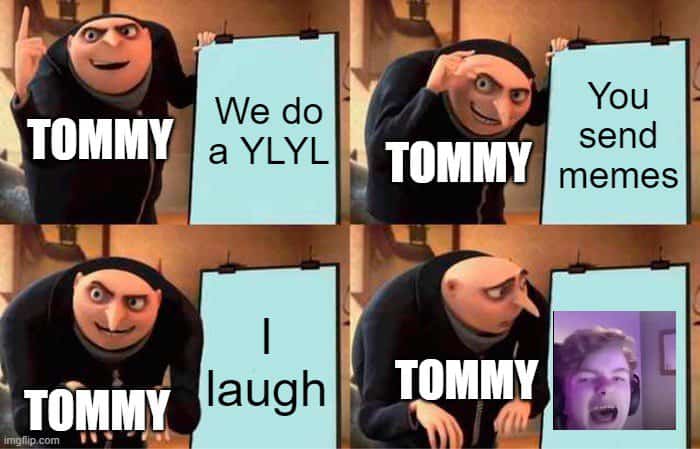 TommyInnit is a popular Minecraft Youtuber that often has meltdowns. Well, in this MCYT meme, it appears he got the last maniacal laugh. 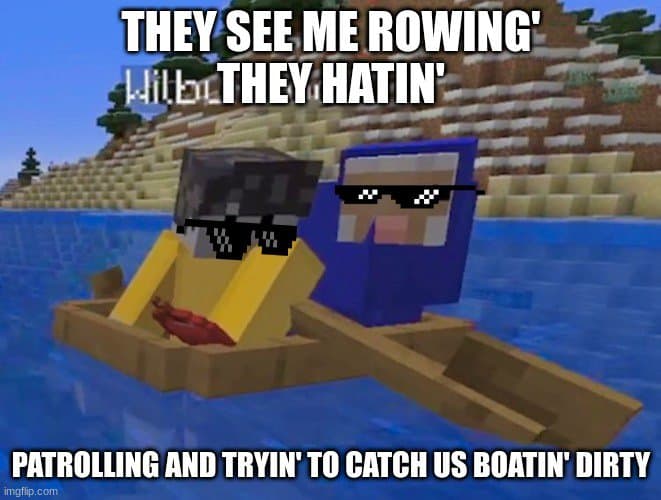 Chamillionaire’s hit song shootin’ spawned millions of funny memes. It was just a matter of time before the MCYT got their hands on it. Of course, Wilbur Soot had to put his unique spin on it. 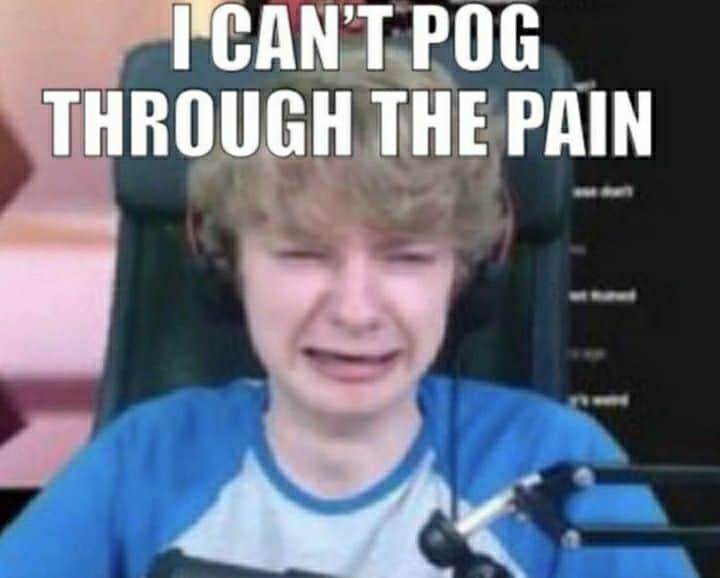 At times, playing Minecraft is a combination of fun and frustrating. Indeed, sometimes there is no way to get through a tough game.

6. On My Way To Steal Your Girl 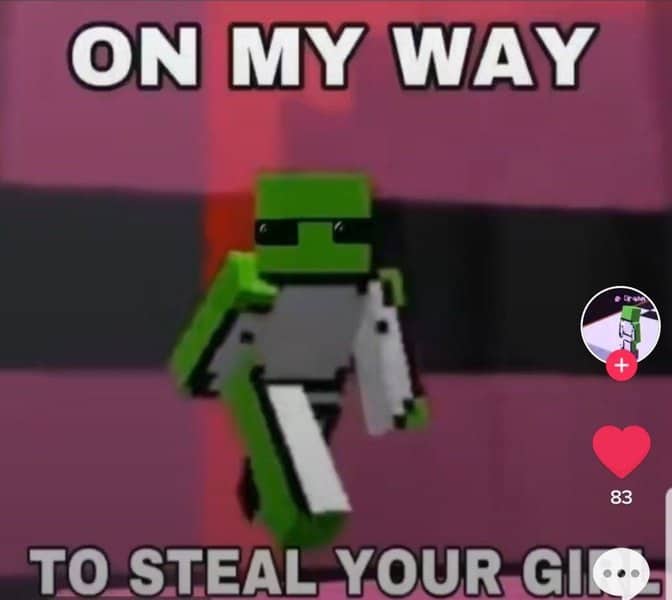 Here’s another meme that’s been around on Twitter, Facebook, and Tumblr for years. In this picture, a player arrogantly struts and promises to steal your girlfriend. 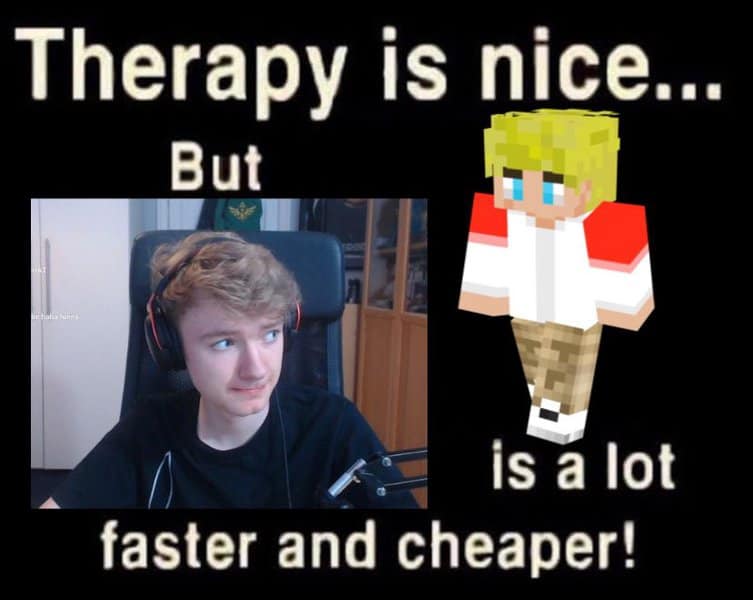 Therapy is pretty expensive. Tommy’s right; playing an avatar version of himself in Minecraft is probably cheaper. However, that might be the reason Tommy needs therapy. 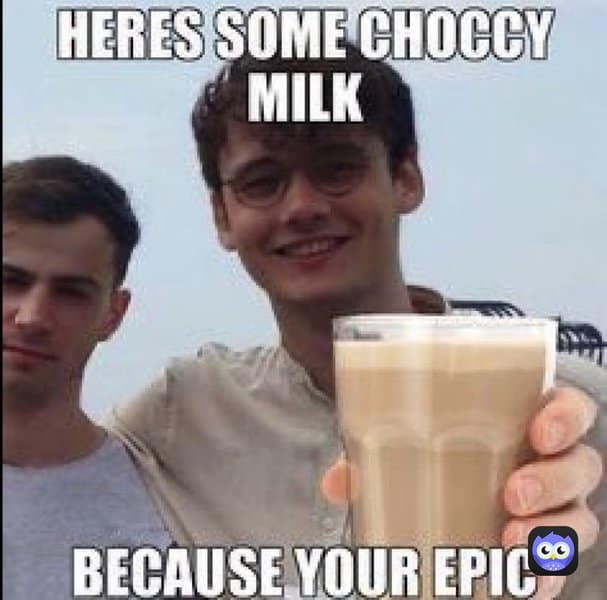 Here’s another popular meme that found its way to the MCYT. Indeed, Wilbur offers some encouraging words and choccy milk. Even the spelling error caught on. 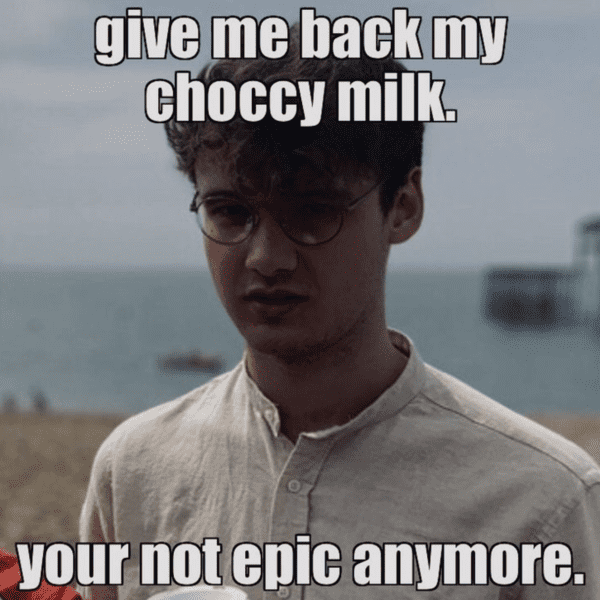 This funny MCYT meme is a response to the previous one. In this case, Wilbur wants his choccy milk back because you’re not epic.

This meme features the funny friendships between the MCYT. Everyone in the MCYT knows Minx and the late Techno. In this situation, Minx needs a player vs. player mode break, but Techno has other plans.