BLM tattoos are a great way to show your support for the Black Lives Matter movement. There are a variety of BLM tattoo designs to choose from, and you can even customize your BLM tattoo to make it unique. BLM tattoos can be simple or complex, and they can be placed anywhere on the body. If you’re looking for BLM tattoo ideas, here are some design options to consider:
– A black fist: This is one of the most popular BLM tattoo designs, and it symbolizes strength and unity.
– “Black Lives Matter”: This phrase is a powerful statement, and it makes for a beautiful tattoo design.
– A portrait of a black person: This type of BLM tattoo is personal and meaningful, and it can be designed in any style.
– A heart: A heart tattoo is always special, and it can represent the love and compassion that we have for all black lives. Whatever BLM tattoo design you choose, it’s sure to be a beautiful and powerful statement.

The Black Lives Matter movement has influenced every human, driven to seek racial equality, to turn towards expressing their thoughts in support of the BLM movement using body art.

As threatened Black lives continue struggling to find their respectful place in a society still practicing racism, many industries are stepping ahead to show their solidarity with the cause. The tattoo industry is one of them, creating endless artistic approaches to shed light on the movement and, as a result, inspiring people to get BLM fist tattoo to show their unending support for the activism.

The Black Lives Matter movement may have found itself reemerging with the recent atrocities against Black people, but the justice movement has been in existence from the year 2013. Initiated to stand for the basic human rights of Black lives, the movement took over the world in recent years following shocking events like George Floyd’s killing. From people to businesses, its effect on the masses led many people to realize how their support mattered to promote the cause and bring freedom to Black lives from the unfair shackles of racism. This was when the majority took the help of art to express themselves.

Artistic freedom allowed millions of people to show solidarity with Black lives. With social media, street graffitis, or billboards, the revolutionary movement used art as fuel to further expand its reach and inspire a million others to stand up for the cause. This is when body art also became a source of expression. Black Lives Matter tattoo gained popularity and continues to show solidarity against racial discrimination among people of all nationalities, ethnicities, and races.

If you, too, wish to be a part of the movement and show solidarity by tattooing a BLM sign, use these recommendations to find the perfect match!

Starting our list with the iconic signature Black Lives Matter tattoo, the black fist is a widely recognized symbol that rose to great popularity during the BLM protests. Although a famous sign, many people still don’t know where it stands for. The raised black fist symbol came into existence in the 1960s, created by the Black Marxist group Black Panthers to signify Black pride, solidarity, and nationalism.

The tattoo uses the basic raised fist symbol, highlighted with shades of gray and white, and other shiny symbols to make it appear different than usual raised fist tattoos but deliver the same message. To reassure the tattoo’s motto, the tattoo design also features the line ‘Black Lives Matter’ to show open solidarity with the movement.

Sometimes simple tattoos or words speak the most to people, and this tattoo aims to do the same, using just a little ink to spread a strong, important message. The simple quoted Black Lives Matter phrase tattooed on the wearer’s wrist conveys the importance of expressing open support for an important cause that stood for the basic human rights of so many Black lives.

The tattoo design does not contain any charming point or something unique which catches the eye. Still, it is not to be expected of a tattoo created to show support for a significant cause and not any aesthetic addition. People hoping to give open support to the Black Lives Matter movement can go for a simple tattoo like these while donating to their various run causes.

History has recorded a relentless struggle for Black people to fight for their basic rights. From fighting for life against slavery to breathing freely without being subject to constant scrutiny, many things have changed for the people of the Black community, and all of this was made possible due to strong leading figures back in history who agitated against inaccuracies in the system.

The tattoo above is a significant illustration narrating one such scene from one of the first Youth March for Integrated Schools’, which demonstrated for desegregation of American Public Schools. The tattoo design highlights a vivid scene from the march while leaving a special space for the most significant figure of the march, Dr. Martin Luther King Jr.

The Black Lives Matter movement is incomplete without recognizing the long history of contributions from legendary Black leaders who created a strong foundation for the oncoming generation of Black communities. Taking a dive back into history, this tattoo design is dedicated to some of the most important Black leaders, including Frederick Douglass, Dr. Martin Luther King Jr., Malcolm X, and W. E. B. Du Bois.

The tattoo takes inspiration from the famous Mt. Rushmore to depict the legendary figures in a symbolic light but recognize the black history instead of any other cause. Tattoo sports a classic shaded pattern to create portraits as realistic as possible. This can be a perfect tattoo to support the Black Lives Matter movement.

The Black power fist tattoo for the Black Lives Matter movement must comprise fierce qualities to direct the same message when spreading the word about human rights. This inspired the tattoo design above to create a tattoo appearing as strong as the movement itself, and the tree root tattoo does a pretty good job at depicting the same.

The Black Power fist is illustrated in the shape of a tree with its roots out that appears to stand tall and strenuous against natural calamities signifying the Black Lives Matter movement at its core. The tattoo design is an excellent take on Black Lives Matter, so you can effortlessly add it to your BLM tattoo collection.

Another power fist signature symbol in our list, the tattoo design, follows a different design but sustains the major essence of supporting the Black Lives Matter movement with a black power fist. The raised fist consists of a ribbon surrounding its entirety while small figures of people are shown cheering for the cause. One can believe that the tattoo is dedicated to showing crowd support for the Black Lives Matter cause. Such ink designs imply your clear stance on the movement, so don’t hesitate to get one if you are a BLM supporter.

Small tattoo design ideas are also available for people who like to keep body art minimal. The small Black Lives Matter tattoo shows support for the movement using a small raised black fist with the words ‘BLK PWR’ written over it. The text refers to ‘Black Power’, which emphasizes specifically fueling Black people’s morale to stand upright for the cause.

The Black Lives Matter tattoo might appear small but has a strong word to show support, so getting one shouldn’t make you hesitant if you are willing to use art as a mode of expression.

While some people prefer getting small Black Lives Matter tattoo pieces to show solidarity, others show their support in an elaborate style. The detailed back piece is a full-fledged dedication to supporting the Black Lives Matter cause through revisiting historical events for Black people to keep them reminded of their journey and to inspire them further to take their stand against atrocities.

From legendary Black figures to revolutionary marches and even newspaper cuttings, the artist has done an incredible job on this Black Lives Matter tattoo, retelling the long story of struggle and resistance. People looking for elaborate pieces can keep this tattoo for inspiration.

Many places across the world have shown solidarity with the movement through protests, art, and more. Latin American nations also participated in several such agitations to raise voices in support of Black lives. This Black Lives Matter tattoo is its proof!

The tattoo incorporates the ‘Black Lives Matter’ message in its Portuguese version, delivering the same meaning in a different language.

Protest art has been a part of agitations for decades now, and the tattoo above narrates the story of various such agitations through ink using an elaborate Black Lives Matter tattoo on your arm. The tattoo artist has featured a compilation of protest art featuring several historical instances to remind people of the long-run history of agitations from Black people to safeguard their rights.

These are some of the best Black Lives Matter tattoo ideas you can incorporate into your BLM tattoo collection. The tattoos will make your stance clear on the movement and motivate others to have a conversation around the sensitive topic and share their solidarity with the movement.

If you hope to find a few more tattoo ideas, the given below are various other BLM tattoo suggestions! 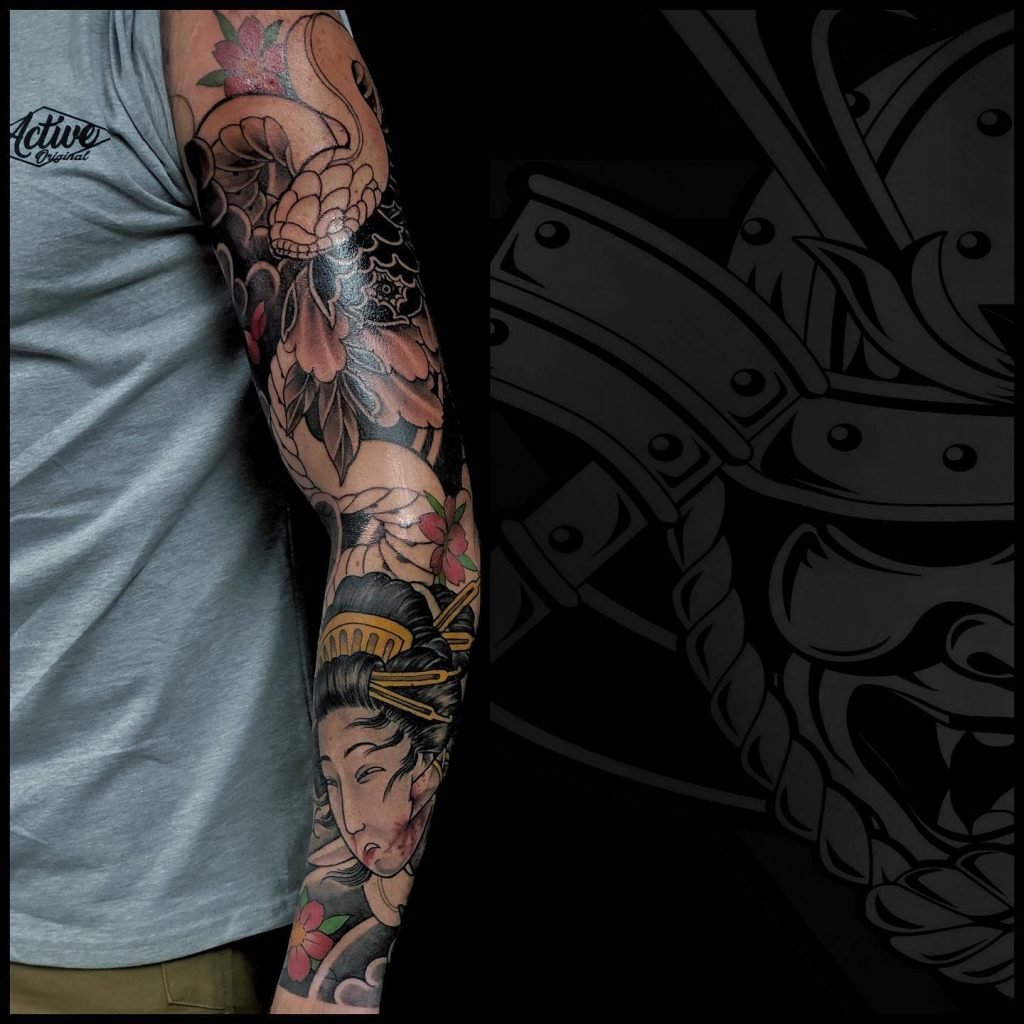 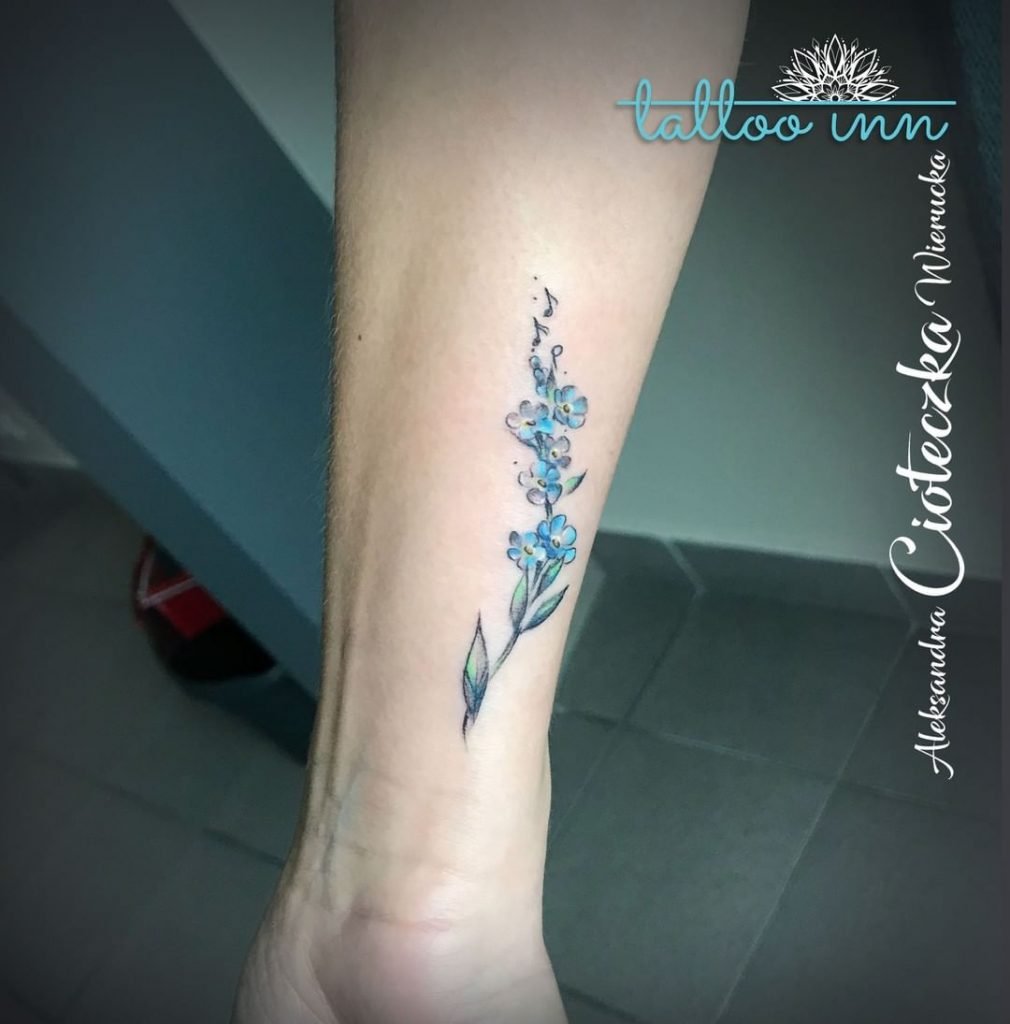 Forget Me Not Tattoo Meaning 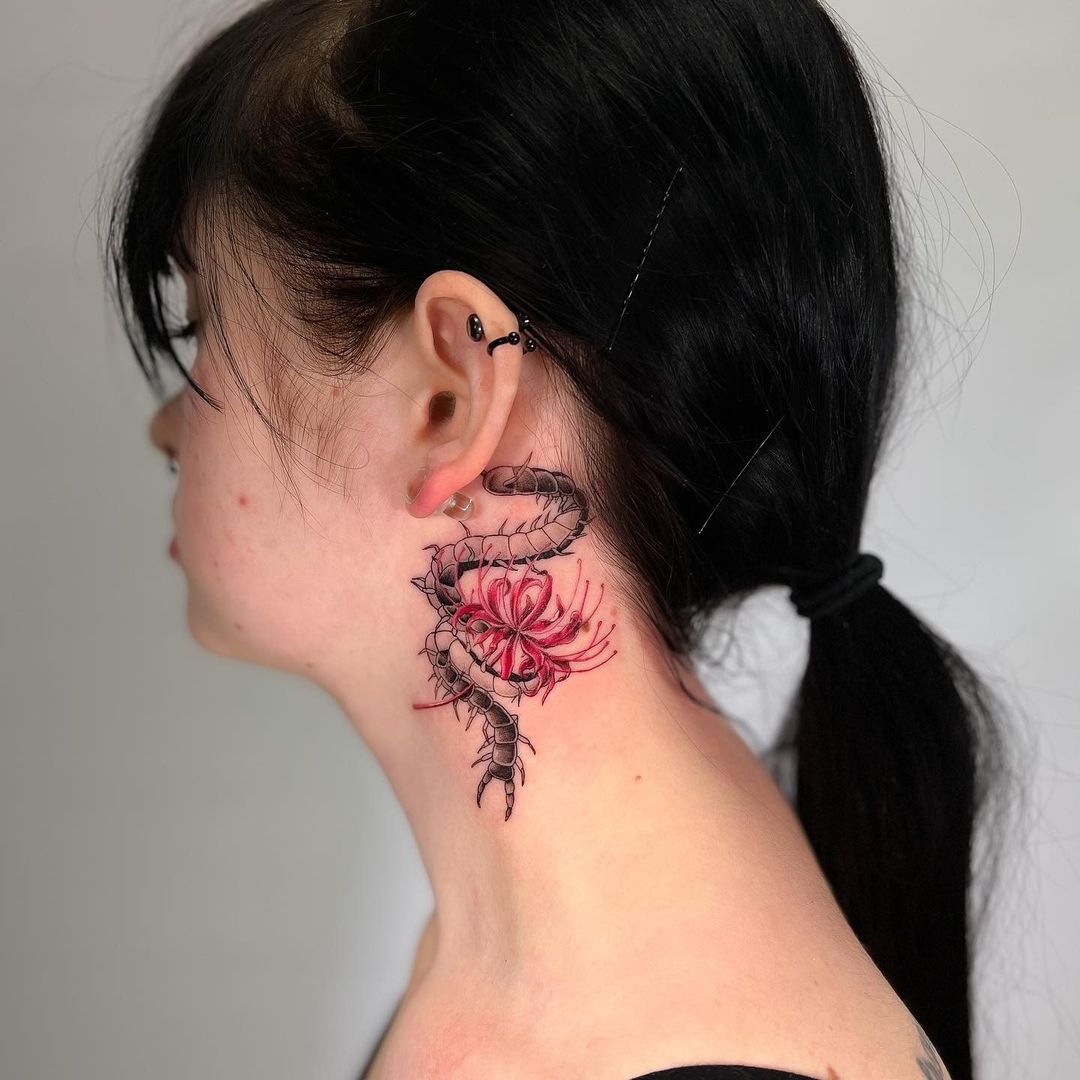 Behind The Ear Tattoos: How Much Do They Really Hurt?

Can You Fix Tattoo Lettering: Things To Do When You Don’t Like Your Tattoo